INCREDIBLE images have revealed a little-known spot in Alaska where huge brown bears catch salmon and play while ignoring the row of photographers only SIXTEEN foot away. 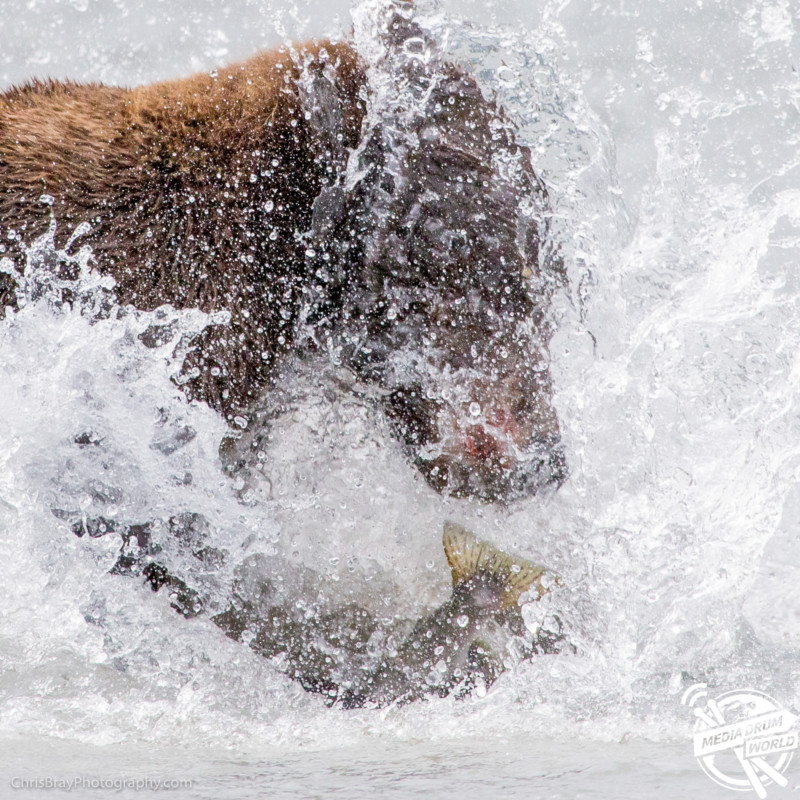 The stunning shots show the eight-foot-long 1000-pound bears splaying around in the water as they capture their next meal, drying off and enjoying some relaxation. 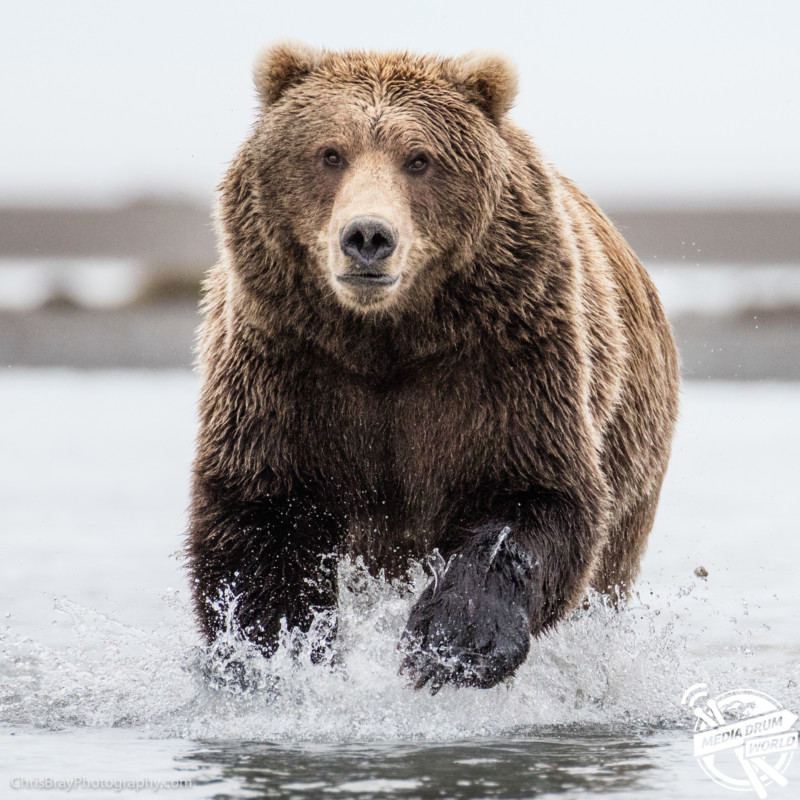 Other snaps show a cub let curiosity get the better of it as it checks out a GoPro camera perched on a rock and cubs playing with each other and their parents. 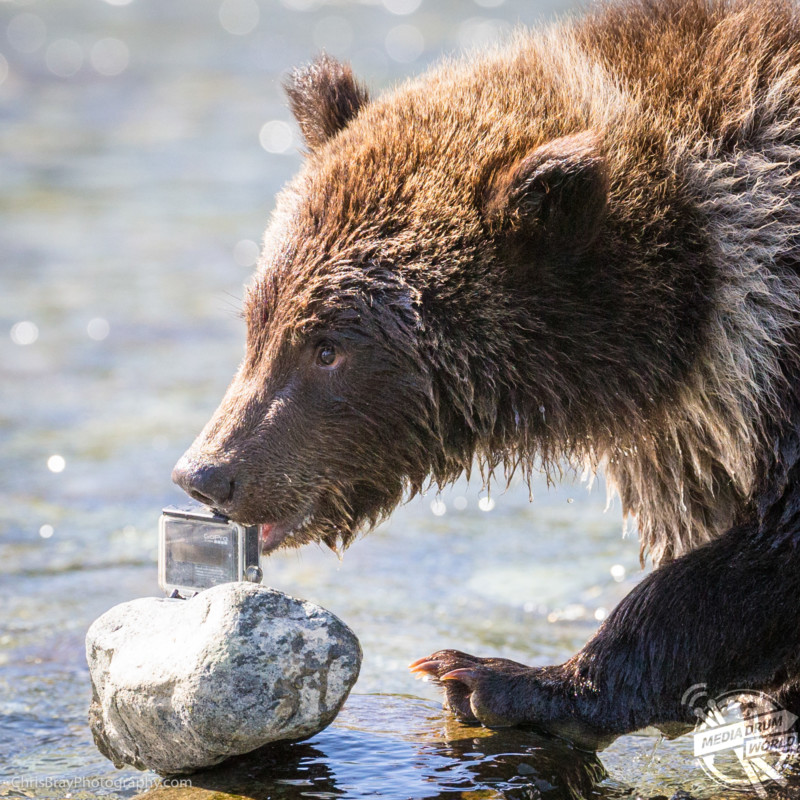 The pictures were taken at the uninhabited Geographic Harbour in Alaska by Australian wildlife photographer Chris Bray, (33) from Sydney. 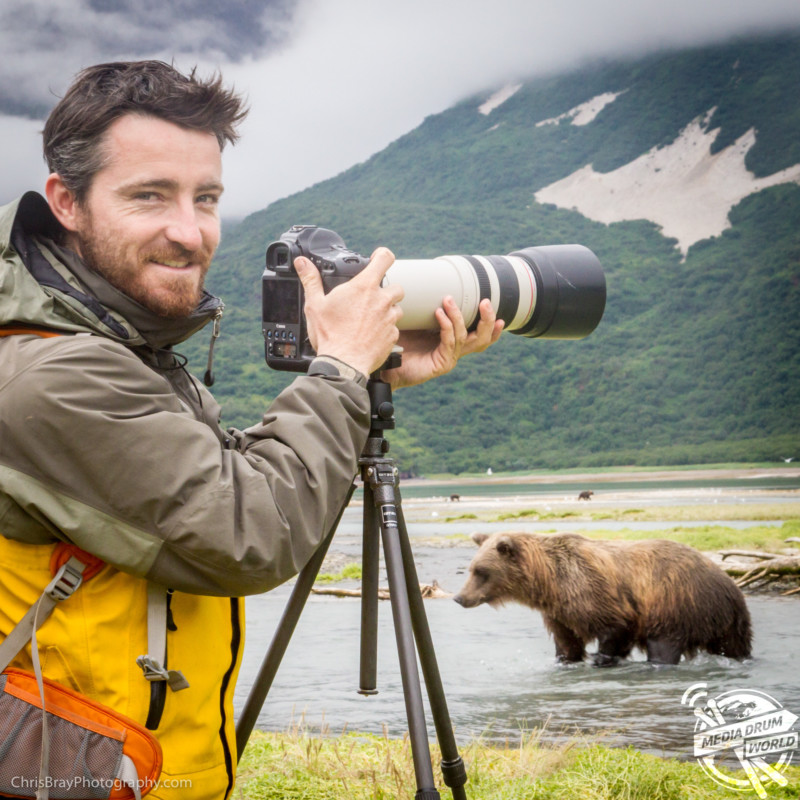 “Sailing our little boat through a crack in the rocks towards the remote and uninhabited Geographic Harbour in Alaska, we could already count half a dozen dark blobs marauding around on the shore,” he said. 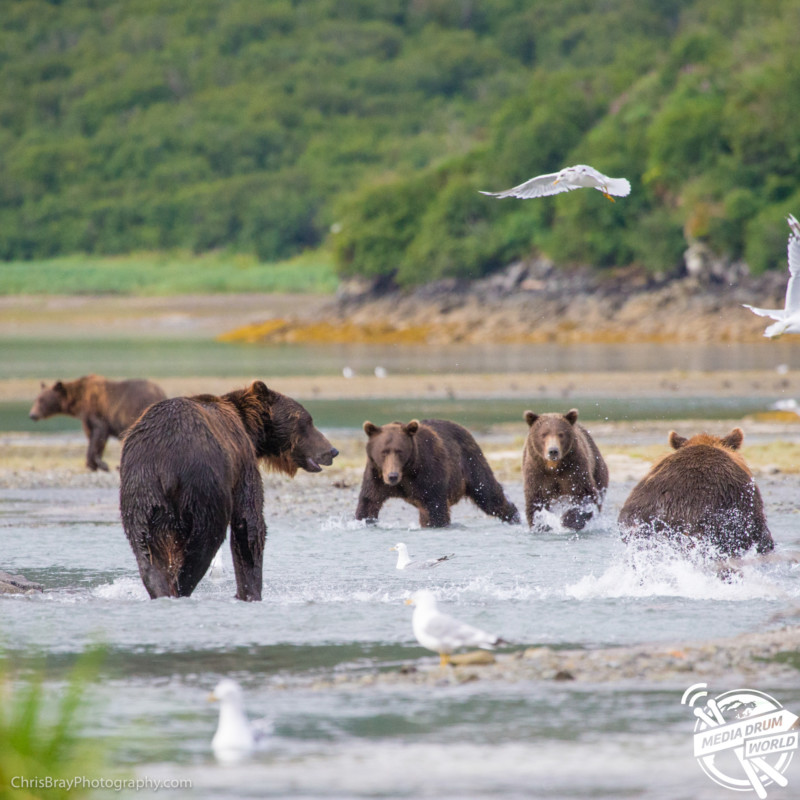 “Inexplicably though, right beside them, we could also now see a tiny huddle of half a dozen people sitting on camping chairs watching them! We couldn’t believe it.

“Anchoring up, we quickly grabbed our camera gear and rowed our little inflatable dingy as close as we dared and snapped some awesome photos – but the idea of actually stepping out amongst all these bears seemed a little suicidal. 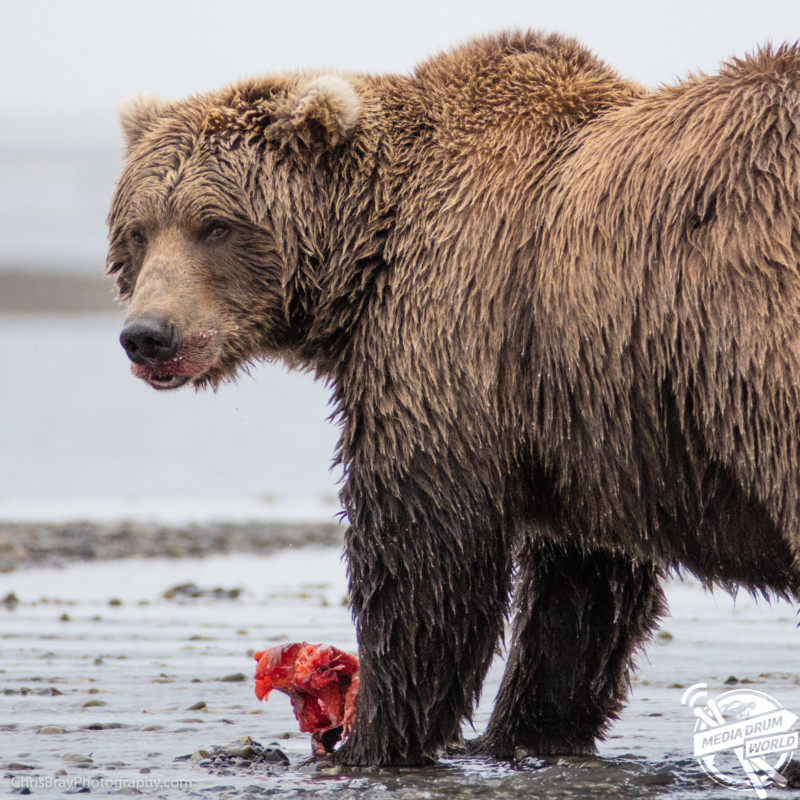 “Yet somehow, that little group of onlookers didn’t seem to care, and to our amazement, neither did the bears! We watched as one bear strode right past in front of the group without so much as a glance in their direction.”

Chris couldn’t believe his luck to have stumbled upon this hidden gem where he could get up close to the bears without any interruption.

“Being able to quietly sit there all day, surrounded by a dozen brown bears catching salmon, playing and interacting with each other all around us was just extraordinary,” he said. 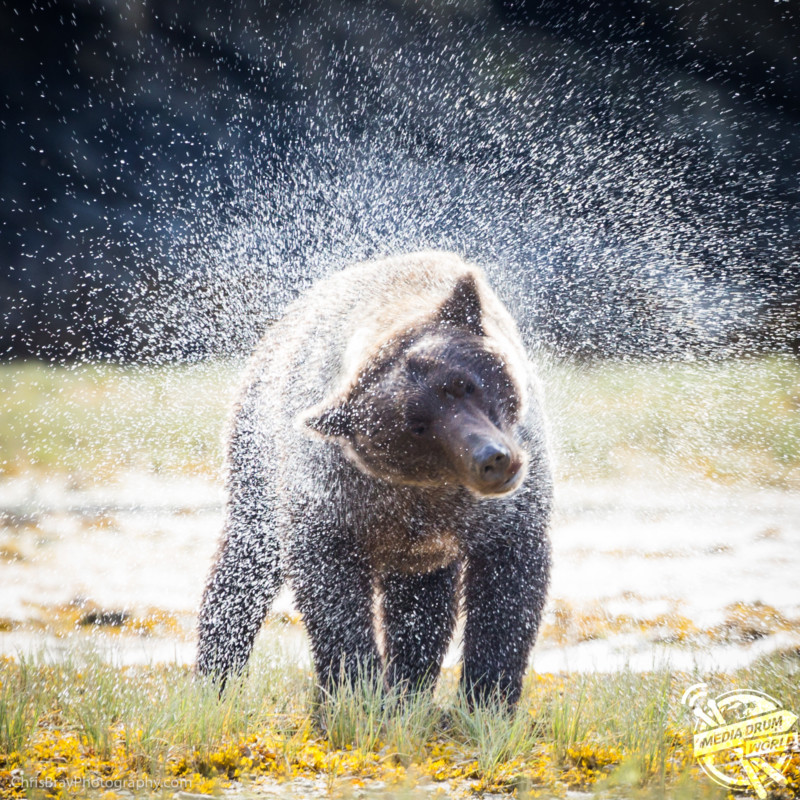 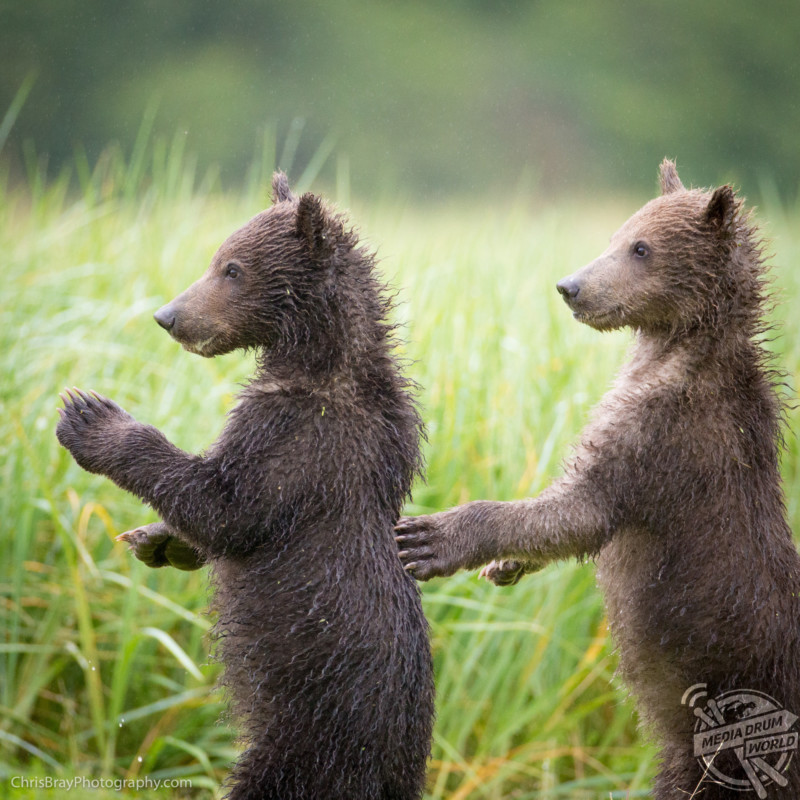 “Several times, bears running down fish in the shallows body-slammed into the river to emerge with a salmon so close to us that we almost got splashed.

“It turned out the operator – a bit of a local legend – has been running these incredibly exclusive, private bear viewing holidays for about twenty years and thanks to his comprehensive briefings, has never once had an incident with a bear. 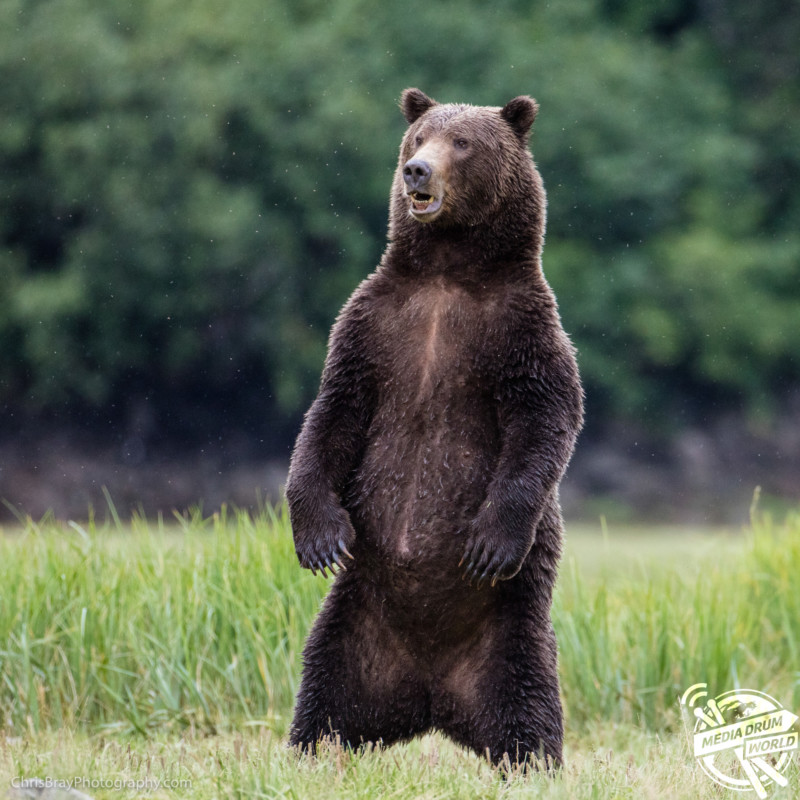 “Not surprisingly, ever since we found this place back in 2013, we’ve been running sold-out photography tours to Alaska every August, ending the two-week experience that includes puffins, whales, glaciers seals and more, with three unforgettable days here with the bears, right in the middle of their salmon catching season. 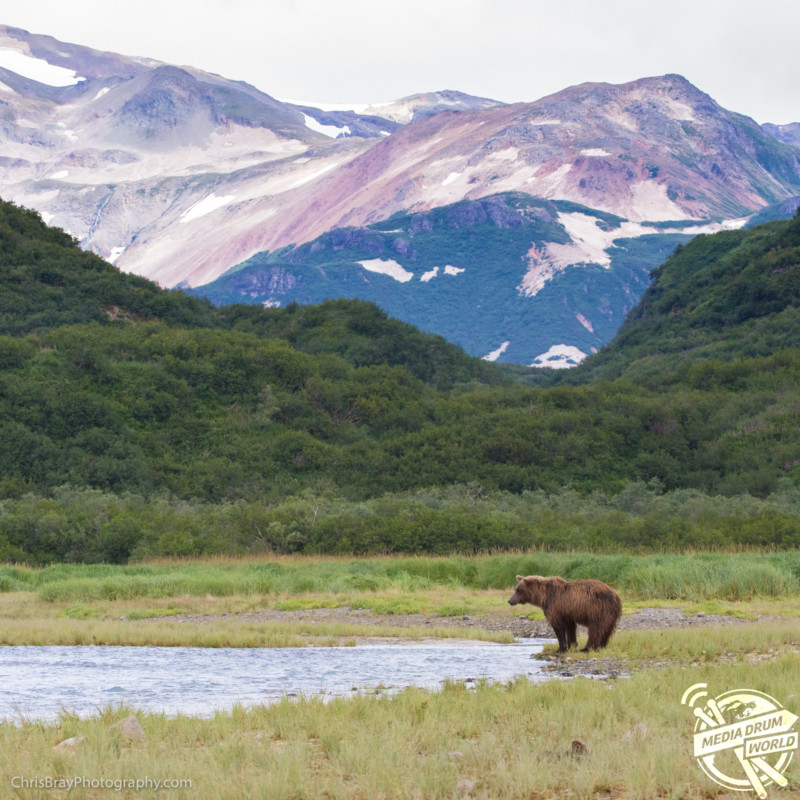 “We love it, and every year as we step ashore amongst the bears with our little group of eight guests, we still have to pinch ourselves to make sure we’re not dreaming.”

To find out more visit www.chrisbrayphotography.com. 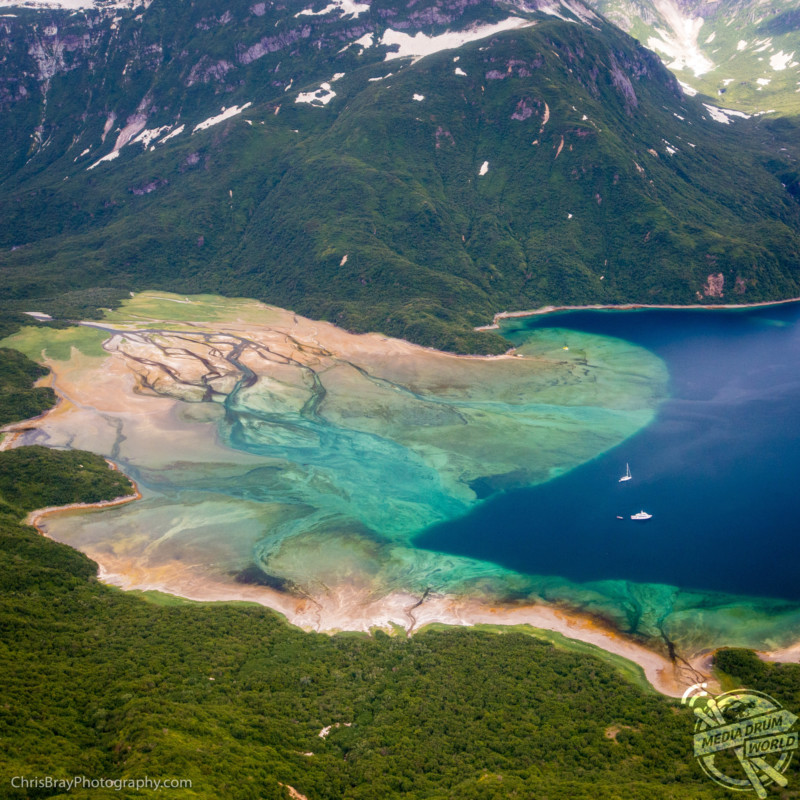 4 Important Things You Should Think About Before Buying A Horse

These Cannibalistic Crocs Were Caught Having A Feeding Frenzy

Woman Who Felt Like A ‘Freak’ While Growing Up Because Of...