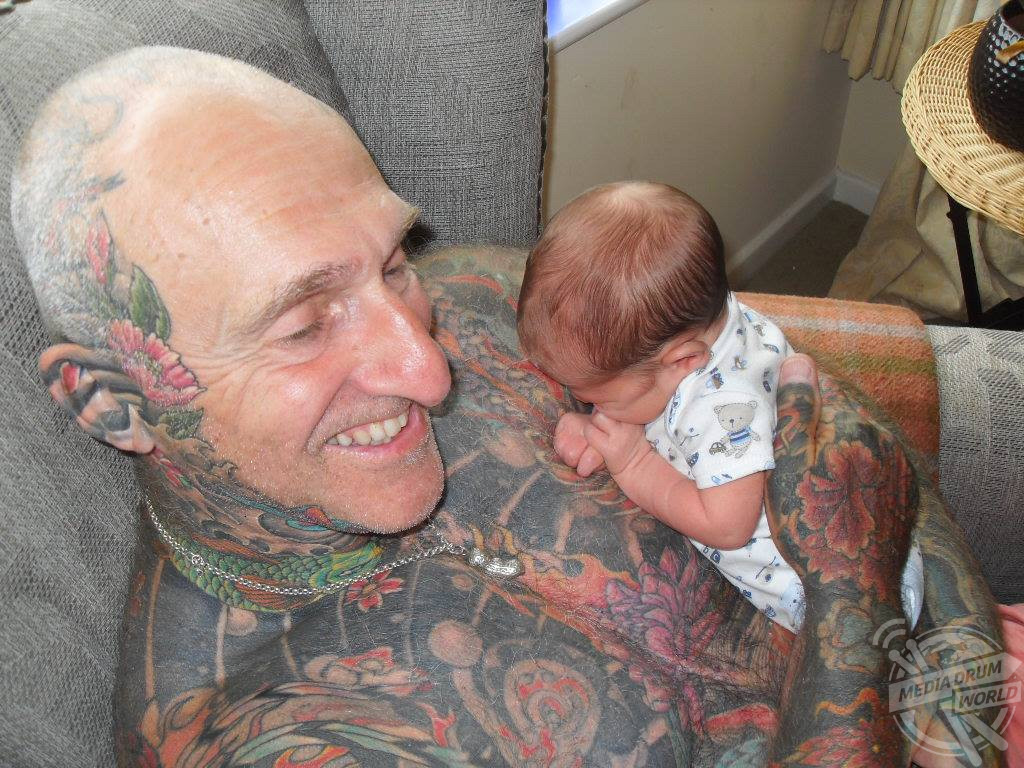 THIS FORMER Head of Transport for Birmingham City Council who is covered in tattoos from head to toe has NO REGRETS in spite of his family cutting ties with him.

Currently retired Peter Bridgens (72) from Birmingham started his tattoo suit at the age of 36 and it took him twenty long years while he worked effectively in his role as the Head of Transport for Birmingham City Council.

Now, he is covered in tattoos from the top of his head to the soles of his feet with only the centre of his face spared from ink.

A father-of-two children, Peter was married for 41 years before his entire family cut ties with him.

He retired as the Head of Transport for the Birmingham City Council at the age of 52.

He lives near Birmingham now with his partner Michael and has no regrets about the choices he has made in his life.

His partner has accepted him the way he is, but he is not in contact with his wife and children. He has five grandchildren.

“I live with my partner who has accepted me the way I am and I am in a very happy space,” he said.

“I am not in touch with my family. I was married for 41 years and have two children who are not in contact with me.

“However, I have no regrets at all as I feel good the way I am today.”

Even though Peter wanted to get a tattoo at the young age of eight, he started his tattoo suit only at the age of 36.

A full body suit is an extensive tattoo, usually of a similar pattern or theme that covers the entire torso or the entire body of the person.

“Tattoos were something I wanted to get since the age of eight,” said Peter.

“I was captivated by a neighbour who was heavily inked and I liked his tattoos a lot.

“I began my tattoo suit when I was 36 and the whole process took me almost twenty years to complete.

“Now, I am tattooed from the top of my head to the soles of my feet.

“There are no gaps at all and the only area not tattooed is the centre of my face.”

Born in a conservative family, Peter’s tattooing journey has been a roller-coaster ride.

“My parents were very conservative,” he said.

“When my mum saw what I had done to my body, she went ape.

“I have had so many comments from people all over but I have stopped caring.”

When asked if it was the same meeting the people he knew as a young man with no tattoos, as a man with a full tattoo suit Peter has an incidence to relate.

“The most pointed comment I have received was from a friend of my mother,” he said.

“I was in my car and when she saw me, she approached me.

“It was a hot day and I was sitting in my car shirtless when she pointedly commented on me.

“She said,’Oh Peter, your tattoos! Whatever possessed you to get them.’

“I told her that indeed I am a tattooed man and had not really sought her opinion on me.

“I also said that I didn’t care about her opinions or thoughts about me and told her to keep her opinions to herself.”

Peter retired at the age of 52 from a job he loved and is in a happy space regardless of people’s opinions of him.

“I have had many compliments from people so that is cool,” he said.

“That actually happens quite often, that people come up to me to compliment me.

“Though I do believe that the main thing is that I am happy with my ink.

“I have absolutely no regrets and I am happy with the way I look.

“Sometimes, however, I think I should get more face ink.”

Will This Robotic Floating City Be Our Future In Just Four...