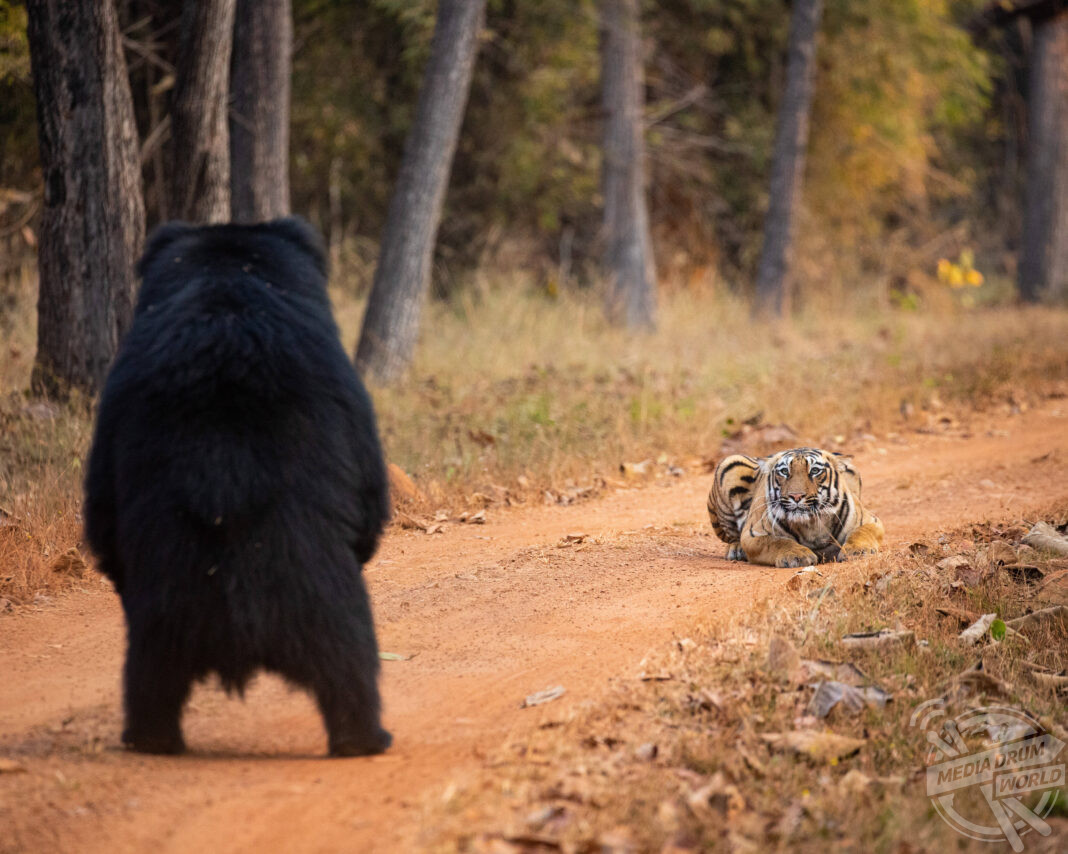 THESE IMAGES show an incident of bullying between a tiger and a sloth bear after a freak encounter.

One image shows Roma the tigress crouching down low as a male sloth bear rears up in from of her intimidating her into eventually leaving its territory.

Despite the size of the sloth bear and its long claws, the tiger always wins, exerting dominance over land and often watering holes.

Tigers are the largest living cat species growing up to 154 inches in length and weighing up to 660 pounds.

“The tigress is called Roma, daughter of Choti Tara, one of the dominant females of Tadoba National Park. She had just separated from her mother and was still learning how to successfully hunt,” said Camilla.

“Targeting a herd of deer, she started to stalk them. But the deer discovered her, and she was left with an empty stomach.

“Resigned to the outcome of her inexperience, she walked a bit further and then sat on the road. Not long after, a male sloth bear spotted her from a distance and decided to teach her a lesson.

“Nonchalantly he walked towards the tigress, and after approaching her, he stood on his hind paws, jumping and shaking all his body while uttering a bearish growl.

“The little tigress flinched, but stood her ground, accepting without a complaint that she had just been bullied by the hairy creature.

“I am lucky to witness such incredible sightings, it’s like being in a wildlife documentary.”

This Widow Proves You Can Be Stylish At Any Age