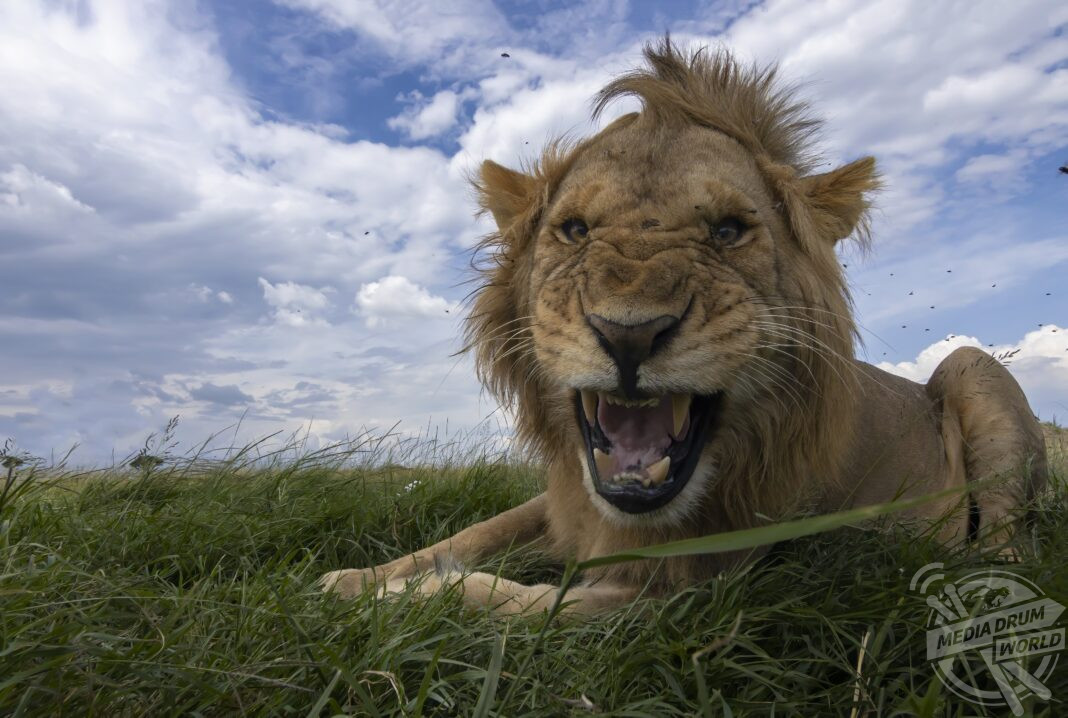 THRILLING shots of animals from a worm eye view have been captured in Masai Mara, Kenya.

From an annoyed lion to a curious cub the images have managed to capture the volatile moods of these African animals.

One of the images shows a lion reaching for the camera, his paw touching the screen.

These images were captured by photographer Nitin Michael(39) using a Canon 1DX.

Nitin tracked and monitored these animals for days before he managed to get these awesome shots.

Nitin used a remote to time and capture these images from a low angle while he himself stood at a distance from these burly animals.

“I have been tracking and monitoring the behaviour of these animals to understand their movements in order to place the camera at the right time to get these shots,” said Nitin.

“In the case of the elephant, we tracked it and observed its behaviour for two days before attempting to get this image.

“The elephant even reacted to the sound of the camera’s shutter which gave us this shot.

“For the cheetah, we knew she was going to sit on one of the termite mounds and use it as a vantage point to survey the plains in front.

“After patiently analysing the direction of her movement we kept it on a mound that she slowly walked over and got comfortable on, letting us get these images.

“For the lions, we kept the camera at a safe distance and in a protective cage.

“We were counting on the curiosity of the cat to do the trick, which it fortunately did.

“While the cub’s mum was not interested, the cubs themselves were so curious about the camera.

“The experience of capturing these animals from this angle is totally exhilarating as you are getting a totally different perspective of them and their habitat.

“They literally touched the camera with their paws as can be seen in one of the images. That’s how close they got.”

This Pregnant Woman Wants Her Partner To Get Their Girlfriend Pregnant...