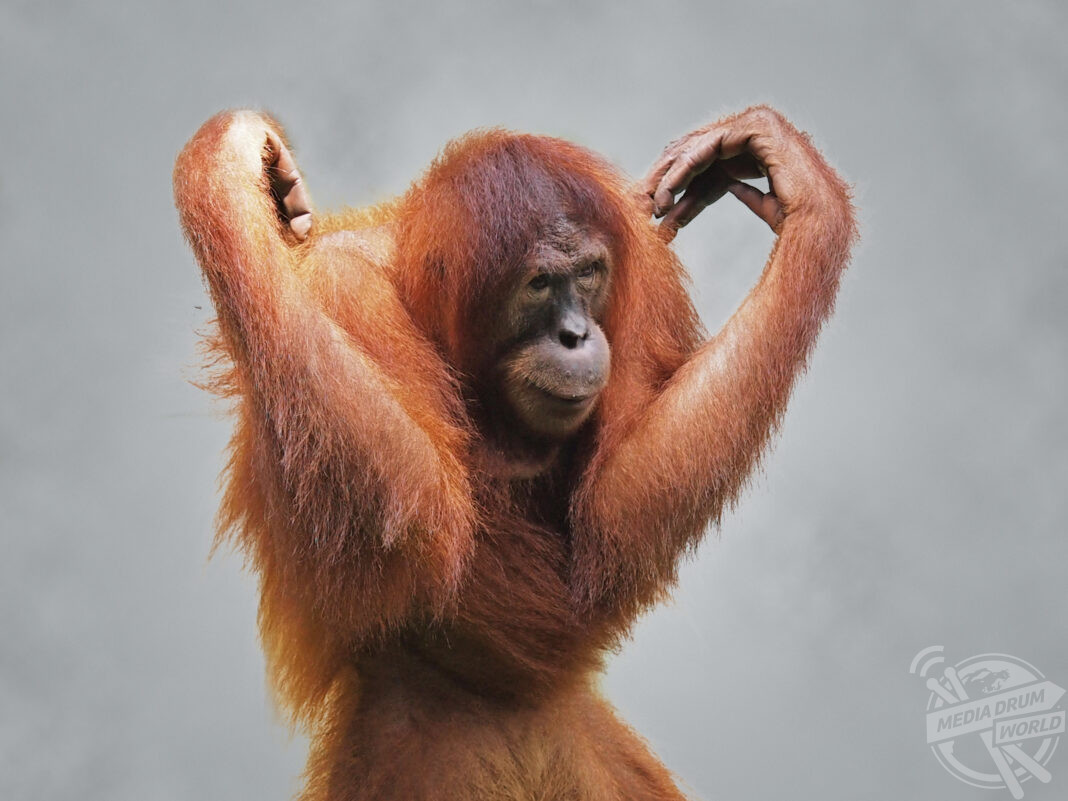 THIS ORANGUTAN was captured showing off his graceful dance moves at the Animal Park, Jakarta, Indonesia.

Photographer Syahrul Ramadan (46) captured this Sumatran orangutan who looks like a lover of all things fine with his swift dancing moves and actions.

The Sumatran Orangutan is one of the three species of orangutan and is critically endangered, found only in the north Indonesian island of Sumatra.

Amused and moved by her imitation of her visitors, Syahrul decided to capture her with his Olympus OMD EM1 from 20 feet away.

“In fact, his behaviour is different from other orangutans, even the ones belonging to his own family.

“He is one of the most unique orangutans I have seen.

“These images show how much he loves to move his arms and body that look like dancing moves.

“His movements are rather graceful for an orang.”