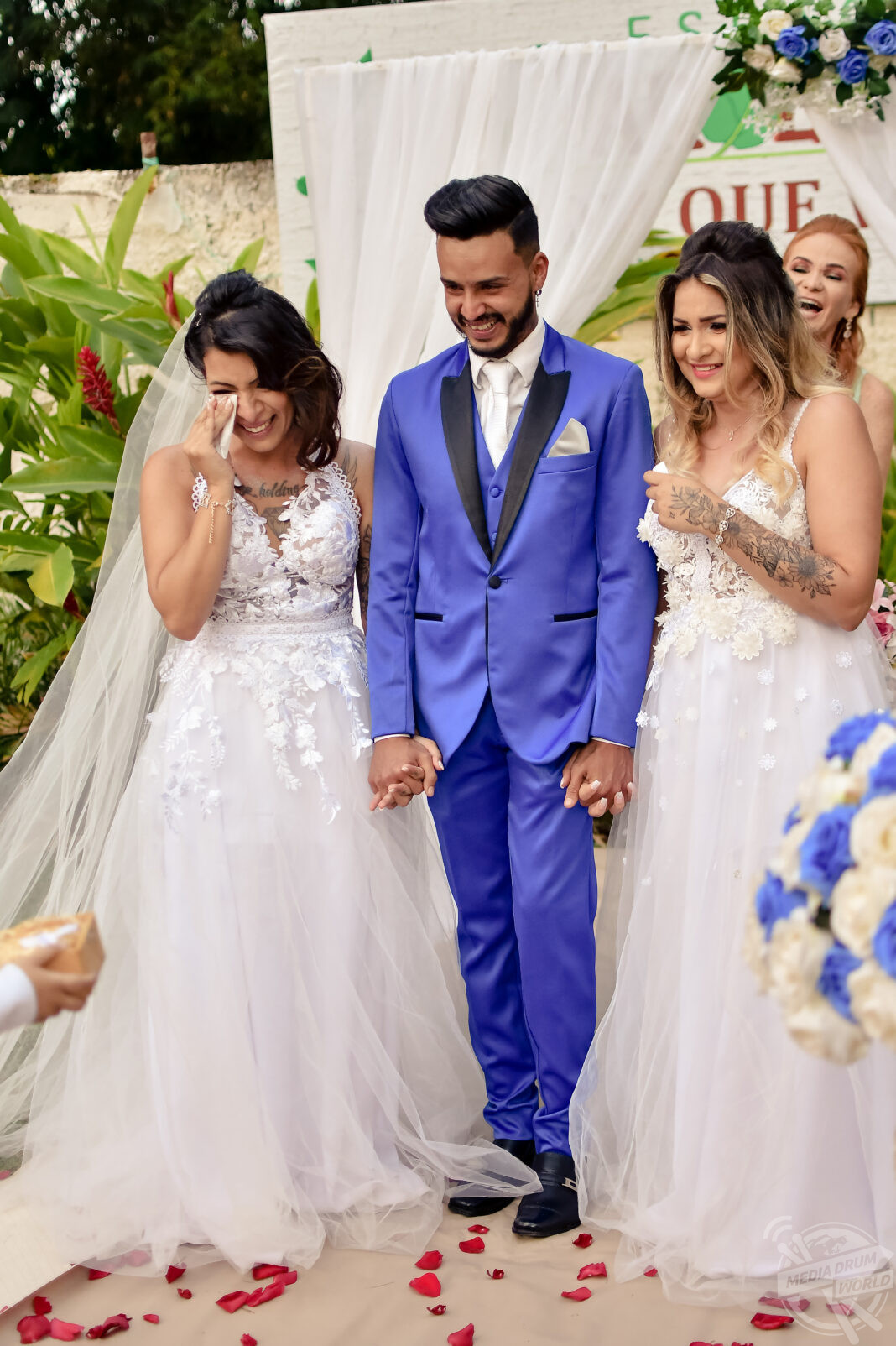 THIS MAN was forced to invite another woman into his marriage after his wife confessed she was bisexual – and now trolls have labelled the trio ‘freaks.’

After dating for three years, the couple married in 2009 when Diego was 18 and Sanny was 16. After seven years of marriage, the couple decided it was time to raise a child and brought Miguel (5) into the world in 2016.

Since adolescence, Sanny had known she was bisexual and had admitted this to Diego early in their relationship. Although he was very accepting, many friends and family drifted away.

In 2019, following ten years of marriage, the couple decided it was time to introduce a third person into their relationship. Both agreeing it should be a woman, they created a Tinder account and met digital influencer Karina Kerlle Pereira Matos (25) and in November 2019 they first formed as a triad.

From the start, Karina was comfortably included in the relationship, despite the pandemic kicking in at the start of 2020 which added unexpected pressure. In the beginning, when the set-up was new to the three of them they experienced some jealousy however they say this is normal and they learnt to deal with it through conversation and therapy.

Diego’s family were quick to understand the new relationship, however, both Karina and Sanny’s families were unsupportive.

Miguel reacted positively to the new addition to his family and openly accepted Karina into his life, leaving the throuple often saying that it’s ‘the adults who complicate things’.

Despite the fact the trio are all Christians, they receive hateful comments and religious attacks have often hounded the triad, with trolls on Tiktok telling them they’ll ‘go to hell’ and calling them ‘freaks.’

However, the throuple say they are not fazed by their haters and instead feel incredibly grateful for the love they have found.

After two years of dating and four months of planning, Sanny and Diego held another wedding ceremony in July 2021, this time wedding Karina as well.

They invited their families, however only a few members were there to witness the event, with many family members who didn’t agree with the union avoiding the event as they didn’t accept the relationship the trio had chosen for their life.

“We are a triad in a closed relationship, we have the same limits and love as a regular conventional relationship,” said Sanny.

“Unfortunately Diego’s family was the only one to accept our relationship. Mine and Karina’s are still getting used to it.

“Most of our friends and family have drifted away and today we are out of touch.

“Miguel reacted very well to the situation. He asked me if ‘Aunt Karina was my girlfriend and daddy’s girlfriend’ and all I had to say was yes – he responded with ‘Ok’, and that was that.

“When we’re all together people usually react with confusion and don’t understand what’s going on between us.

“Our wedding was one of the best days of our lives – it took us four months to plan and it really was a dream come true.

“Our families were invited and only a few people showed up but we respect that this is their decision.

“Thanks to our partners and followers, it was a dream we fulfilled.”

By sharing their story, the throuple hope to support other poly relationships on their journey to finding love and acceptance.

“Our plans for the future are helping other people who are polyamorous and don’t know how to live their lives or tell their partners or spouses,” continued Sanny.

“We also want to increase our family and have more children.

“This isn’t a fetish, there is love and respect there too.”

Take A Trip Down Memory Lane With This Seventies Inspired Apartment...