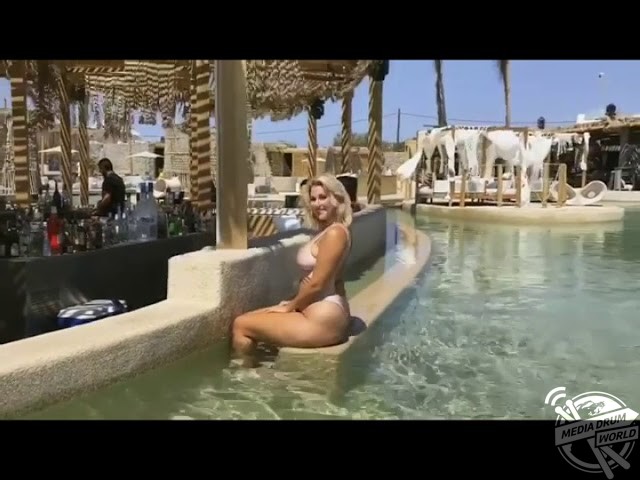 THIS MODEL beat her inner bulimic demons despite the pressure of her career that led her to believe she had to lose weight to keep the job and has now gained two-and-a-half-stone to become a successful “real model”.

Model, Laura Brioschi (28), from Pietra Ligure, Italy, was 21 years old when the brand she was modelling for reduced their sample hip sizes from 42.5 inches to 40.9 inches. She found it difficult to lose weight even with going to the gym twice a day, so to keep her job, she then resorted to initially not eating at all and then started to binge, and throw up what she had eaten. At her lightest weight, the five-foot-nine model shrunk to 10st 1Ib and a UK size 12.

One day before a catwalk show, Laura became stressed after discovering that she had put on two centimetres on her hips. Fearing that she would get told off at work, she began eating compulsively before the show, then throwing up. This time, she was unable to do it; her eyes turned red, her stomach ached, and she didn’t feel right. That night, she read about bulimia online and decided to fight it. She is now a curvy and healthy 12st 8Ibs and a UK size 16.

“The brand that I was working for, changed the samples sizes and for me it was very difficult to lose this weight. Even going to the gym twice at day wasn’t enough,” Laura said.

“My muscles became stronger and more toned, but I didn’t lose any inches off my hips. At that point, the only solution was to stop eating.
“The men in my life have always thought that the skinnier I was, the more beautiful I would have been. Unfortunately, I thought that too, therefore I was asking for help even from them, with exercising and diet.

“That’s how I created my worst ghosts, the ones that I was hiding from when I wanted to eat and that I kept away when I felt inadequate.
“When I turned twenty-one, at the end of my relationship, I managed to lose over seven-pounds after losing my appetite.

“People started complimenting me because I looked so skinny and beautiful (including my new boyfriend), and that’s when, in order to keep this standard, I decided to start inducing the vomit.

“At the time I didn’t realise that I was into something that dangerous or to be ashamed of. To be skinny was my absolute priority.

“Of course, I always had to hide the side effects, the red eyes, the runny nose and the sore throat, but that made me feel even smarter.

“A day before an important catwalk I was very stressed out, I did gain two centimetres on my hips and I was sure that they would have told me off.

“I started eating compulsively by stopping at a few shops and buying junk food, eating it, making sure I threw it up, once I was back at the hotel.

“But this time it was different. When I got to the hotel and tried to do it, I did not manage to. My eyes were red, my stomach was hurting, my throat, it did not feel right.

“On the same night, I read online the side effects of bulimia. I read that you have the risk of becoming infertile, ulcers and perforation of stomach or oesophagus.

“I read stories of women who suffered from bulimia for over 15 years, completely trapped into the disease, that was completely controlling their life, leaving them alone and desperate. I decided that I did not want to be like that.

“It was the first step towards my self awareness. To be brave enough to take responsibility of my own actions, including with food.
“I decided that it’s better to be chubby than sick. Even with men, I finally decided that they had to love me for who I am, curvy or not – but it took me longer to get to that point of balance.

“I’m very happy about myself now. Bulimia is a disease that stays inside you, it’s latent. You have to be strong and to fight against it.
“I am proud to say that I am winning. Even if it sometimes still happens, I always choose not to. This is a choice, and we are the only person who can choose for ourselves, because we are stronger than that.”

Bulimia is an eating disorder and mental health condition where people go through periods of eating an excessive amount of food in a short time before making themselves sick.

Avoiding the habit of purging after a meal has been the most difficult part of Laura’s recovery.

“To resist to the vomit induction, that is the most difficult thing because you end up wanting it, as if that was a temporary cure,” she said.

“It’s a temporary punishment that makes you feel ok with your conscience. But the truth is, that’s nothing but a cowardly act.

“I now exercise between three to four times a week, and I keep my breakfast and lunch quite light since I exercise in the afternoon.

“It is possible to stop. We can make this choice. It’s not worth to ruin your life for the ideal of being skinny.

“We can choose and believe me, the bulimia will not just go away by itself, you have to be strong enough to decide to stop.”

This Mum Lost Five Stone In Seven Months Without Exercise

This Woman With Vitiligo Said Bodybuilding Helped Her Embrace Her Skin