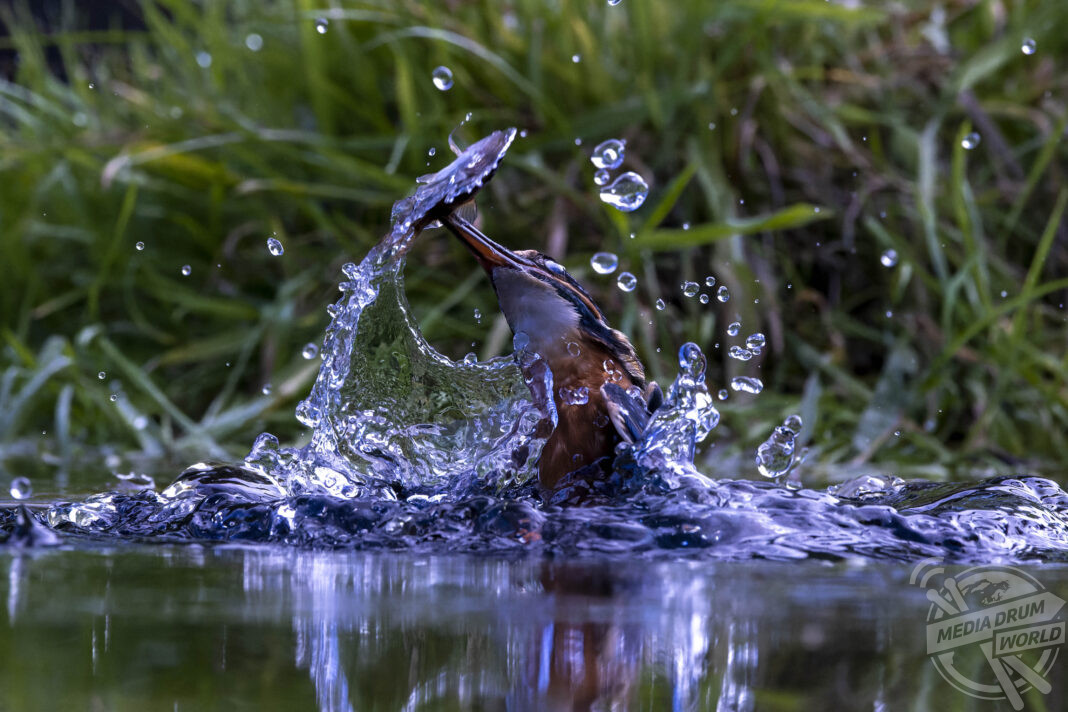 AN EXCITED KINGFISHER was captured taking swish and rapid dives in and out of water to catch his fish of the day near Birmingham, England.

Images show the hyperactive kingfisher diving straight into the water and emerging triumphant with a fish in his mouth.

Kingfishers can dive up to 25 mph and are capable of catching fish two feet below the surface of the water.

They are so fast that often the only glimpse of them is a blue flash as they strike.

These images were captured by Adam Ferry (31) in a hide near Birmingham, England using a Canon EOS R5.

Adam witnessed at least twenty such dives by the kingfisher.

“To get the shots I laid the camera on the floor and used a remote trigger whilst trying to time taking the photos as well as possible,” said Adam.

“As a kingfisher dive is over within a couple of seconds, so timing is so important.

“Kingfishers move their heads back and forth to try and gauge their dive as accurately as possible.

“Over the course of the day I was treated to at least twenty dives.

“Being quite skittish birds, I had to make sure I stayed as still as possible as it could put the kingfisher off.”