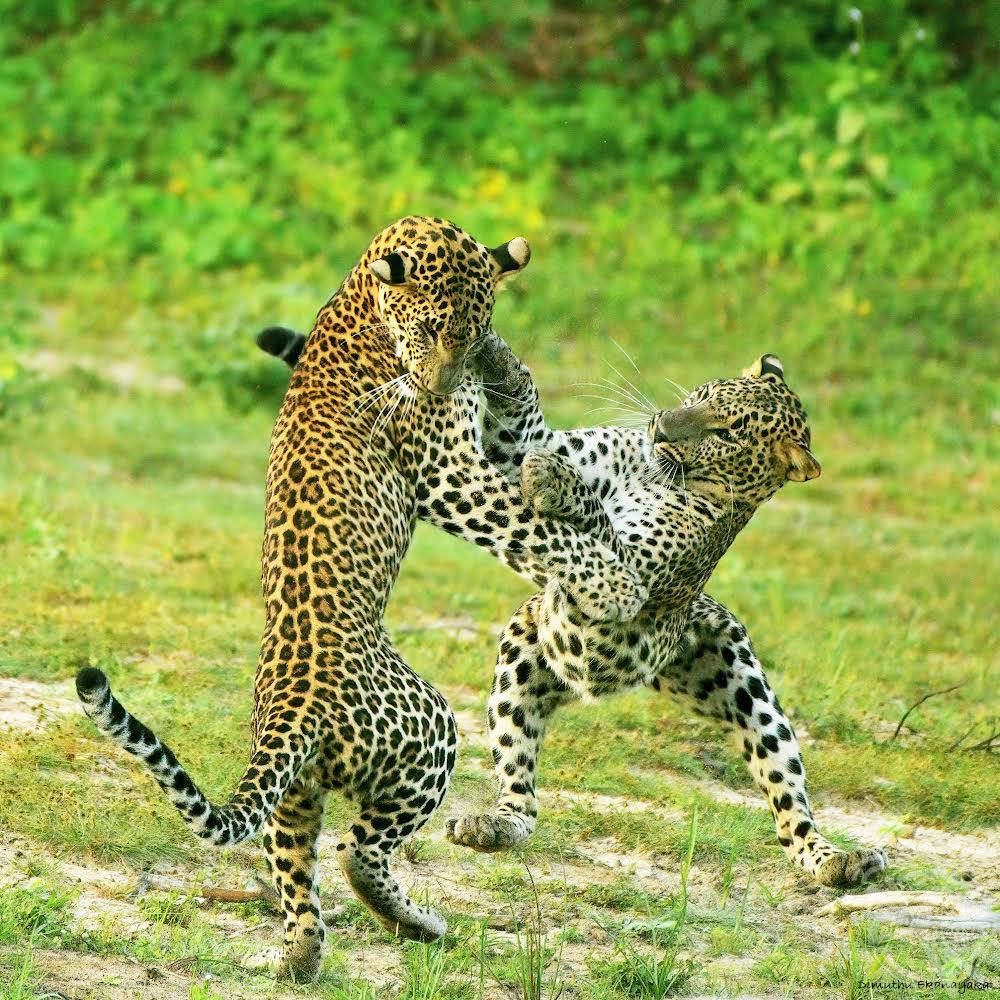 TWO BOXING leopards were captured giving each other a SPOT of bother in Yala National Park in Sri Lanka.

The two young leopards take turns getting shots in as they fight, enhancing their skills and development through boxing each other

The two leopards, named Jessica and Jude, are sisters, both only a year-and-a-half old. A leopard can live up to 17 years of age and grow up to 132 pounds.

One photo shows one of the sisters stalking down a tree whilst the other sister is captured drinking. From the tree, she pounces initiating the ensuing fight. Following a well-aimed punch in the eye, the leopard runs away, her sister successfully winning this battle.

The exploits of these young leopards were captured by Sri Lankan photographer Dimuthu Ekanayaka (37) using a Nikon D850 camera.

“At first, we saw one of them on a rock and started capturing photos. Suddenly there was another leopard on top of a tree in front of our jeep,” said Dimuthu.

“She got down from the tree and started to play with the other leopard. Sometimes they fight like kids. They love each other; that is how they behave, just like sisters.

“When they grow together at this age, they always play and fight like small kids when they are full of food.”

Yala National Park is Sri Lanka’s most famous national park and is well known for its leopards. It has the highest leopard density on the planet, reporting 70 leopards in the park. Yala is also home to 44 different mammals and 215 bird species.

Another photo shows one of the sister leopards moaning and pulling faces following her embarrassing defeat at the hands of her sister.

“I have been capturing wildlife photography as a hobby for the last five years, especially leopards,” said Dimuthu.

“Through these shots, I have achieved one of my big dreams.

“I would love to eventually capture a mum and her cubs.”

One Of America’s Fighter Pilots Recounts The Horrifying Events During The...