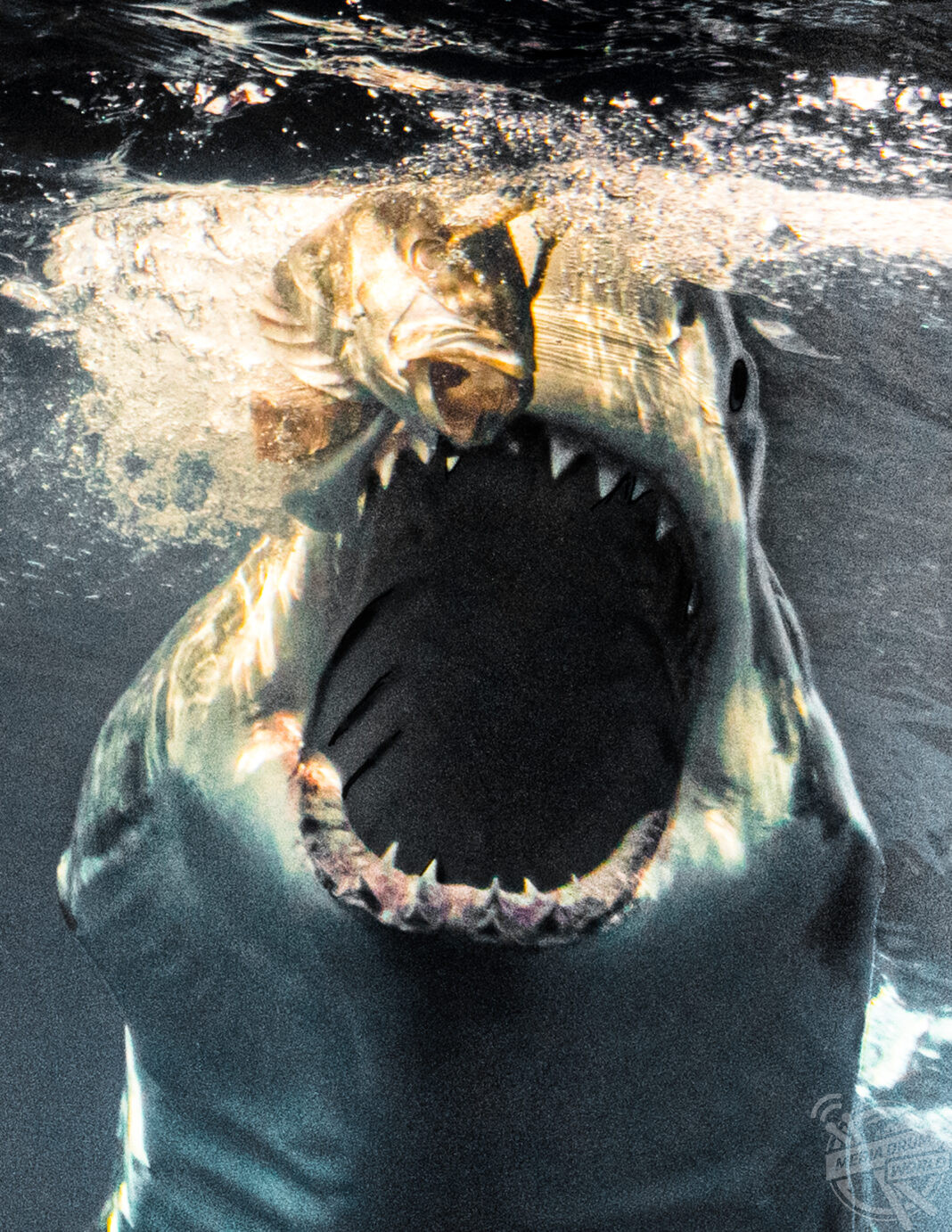 JAW-SOME snaps show a mighty Great White Shark taking a bite out of his next meal.

One image shows a shark appearing to pose for the camera whilst surrounded by a flurry of black and white stripey fish.

Another showstopping shot shows the incredible predator, jaws wide open about the devour its prey.

Great white sharks can grow to a mighty 20 feet in length and weigh up to 6,600 pounds

Euan Rannachan took these awe-inspiring shots at Isla Guadalupe, Mexico about 130 miles off the coast of Baja California.

“A large male white shark had been interested in the bait and made a couple of half-hearted attempts to catch it,” he said.

“When those failed it went full apex predator on the line right in front of me.”

Despite this close encounter, this brave photographer wasn’t shaken.

“Never once have I felt scared in the cage,” he said.

“Once you are in the water with these animals it’s easy to show just how peaceful it is and not scary at all.

“The sharks are curious but not aggressive towards us in the slightest.”

These incredible predators have an innovative way of detecting prey by using their noses.

“They use these little holes filled with jelly to feel electrical impulses in the water such as an animal in distress.

“They also can use these sensors to feel your heartbeat in the cage.”

Remarkable Norman Castles of 19th Century Wales Have Been Revealed In...