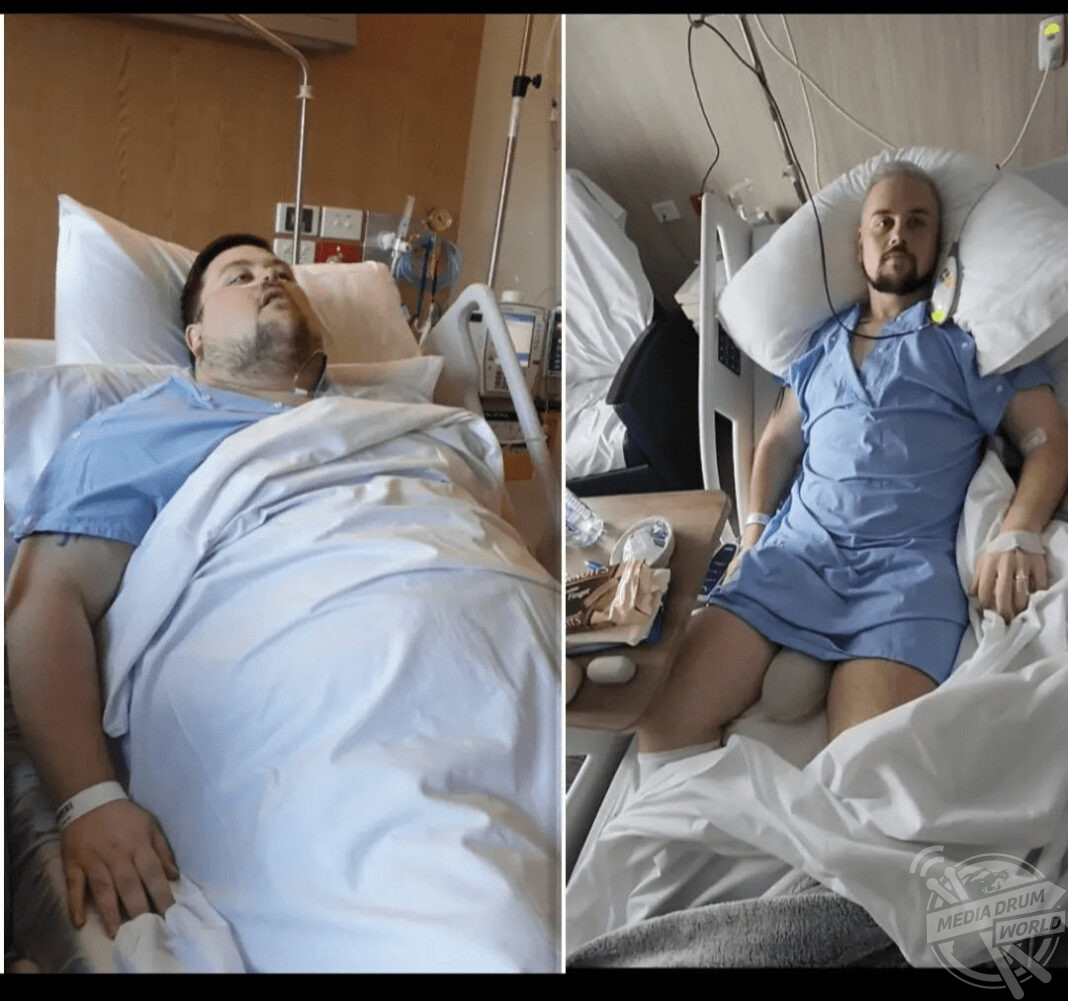 THIS MAN confessed how he was left bedridden tipping the scales at 34 stone after consuming McDonalds for breakfast, lunch and dinner for fourteen years and spending £145K before bypass surgery more than halved his bodyweight – and cut down his junk food spending.

Age care and disability worker Damian Burgoyne (31) from Australia has always struggled with his weight – but that did not stop him losing an incredible twenty stone after 14-years of anxiety and binging on McDonalds. Damian survived on McDonalds from age 14 to 28, spending easily £200 a week on burgers and fries.

He is one of five boys and growing up he noticed he was the biggest of his siblings. Despite living on the same diet as his brothers he just kept gaining weight while they stayed skinny.

Damian was raised by a single mother and at 14 he got his first job – which was at McDonalds. He made his own money the twelve months he worked there and chose to spend it on food, causing his weight to spiral out of control.

Damian struggled with his weight privately while he may have tried to laugh off the teasing and hurtful name calling such as ‘Back Boob Betty’, ‘No Neck’ and even ‘Fat Dyslexic Pig’, behind closed doors he was eating the pain away. 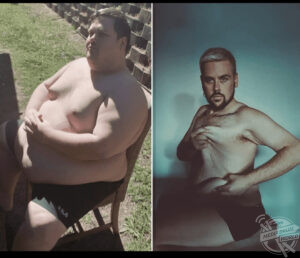 “Everything I did revolved around food,” said Damian.

“It’s insane, when you add up how much I spent over my life.

“At the time it seemed cheaper than grocery shopping, it was just easier to get takeaway.”

From his teenage years, food was like a comfort blanket for Damian and that is where he turned whenever times were tough. He explained how his school years were marred with negativity surrounding his weight issues.

“When I liked a girl and I approached her and let her know I liked her, her response was aw, Damian you’re sweet but I’m not into chubby guy. That moment of rejection was the beginning of me realising my weight was an issue.

“I’ve been called every name under the sun, the only way I dealt with it was to laugh and act like their words didn’t hurt me but then behind doors I’d eat and eat to make myself happy but really their words cut deep.

“I hated myself, I was so embarrassed and ashamed that I got to that weight. My anxiety was the worst and stopped me from doing a lot.”

As an adult, due to his size Damian developed terrible back problems. He was unable to stand longer than a few minutes, he was stuck in bed 23 out of 24 hours a day, only venturing to the bathroom and the fridge, unable to shower himself, get dressed on his own, or even get out of the car.

“I wouldn’t pay my bills and would spend it on McDonald’s instead. My go to meal was a large double quarter pounder meal with extra cheese with a chocolate milkshake, two double cheese burgers and a six pack of nuggets,” he said.

“My life came to a complete stop. Being so young and stuck in my bed, having no job, having no life anymore, the toll it was taking on my relationship, I just wanted to live and have a new life.”

“I’d watch TV all day and dream about living these people’s lives but yet my reality was being 34 stone and living in my bed waiting to die.

“My anxiety was probably the most crippling, the fear of being seen in public would completely freak me out to the point I’d struggle to breath. I couldn’t walk into shops, I couldn’t put petrol in the car. My anxiety took over my life,” says Damian.

“My depression came later on in my weight gain when I was stuck in bed, I woke up many times during the night struggling to breathe, sometimes I wished I just didn’t wake up. I didn’t see the point in existing. I wasn’t living, I was just existing.”

Having reached the lowest point in his life, Damian found the surgery in a most unlikely source, watching the TV show ‘My 600lb Life’.

“Seeing those bed ridden people change their life due weight loss surgery is how I found out about it,” he said.

“I made an appointment to see my doctor and got a referral to see a surgeon. From that to my surgery it was only about two months, which was very quick due to my weight,” he says.

He elected for mini-bypass surgery costing around £13,600 and has since had his skin removal surgery which come in at £23,800.

He quickly went from 34 stone to 14 stone in two and a half years. 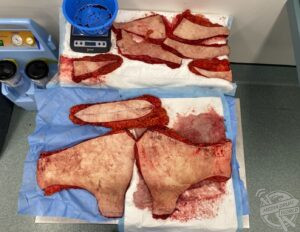 Damian’s life has transformed to a balanced diet and weight training six times a week with two personal trainers.

But the surgery was not without its challenges for Damian.

“I regretted having the minibypass at first as its was not only a psychological challenge but a mental torture. The hardest part with this surgery is the mental side,” he said.

“They do not prepare you for the mind games you will go through. I have struggled mentally more than anything.

“I may have had surgery to change my body but they didn’t do surgery on my brain. So I still have the fat brain and the same thoughts but I think this will change over time. It’s not a quick fix.”

But surgery has been worth it for Damian and he insisted it was crucial to getting his life back.

“My life is full of love, adventure, confidence. I don’t have any negative thoughts about myself and the world. The mini bypass saved me! I needed this tool to help me succeed in losing weight and to control the amount of food I could eat. Weight loss surgery isn’t the easy way out,” he said

“The best comments I have got is when they say wow you look so much happier within yourself and it shines through.

“ I’m unstoppable and have achieved so much already.

“I don’t suffer from anxiety or depression, I’m living life and accomplishing my goals. I’m so proud of myself, I’m a handsome man and for once in my life I love how I look.

“Food has completely changed, my body cannot handle most food now. So I have to make sure what food I do eat is going to fuel my body.”

“My advice is that if you need help to save your life or live a better life, don’t wait another day.

“Start now because you have to go through the hard yards to get the rewards at the end.

“No matter what, don’t ever ever give up. Everyone has bad days but remember everyday is a new day.”

Damian is using his experience to inspire others, he will be hosting the Flabuless Gala 2022 in Brisbane Australia on the 5th of November.

“I’m stepping out of my comfort zone and hosting a grand Gala for my fellow bariatric community and people who need inspiration to start their own journey in bettering themselves. I want people to see that you can change your life regardless of your situation,” he says

Find out more at http://www.mediadrumworld.com/

Isolated And Only Accessible By Ferry – Would You Stay Here...