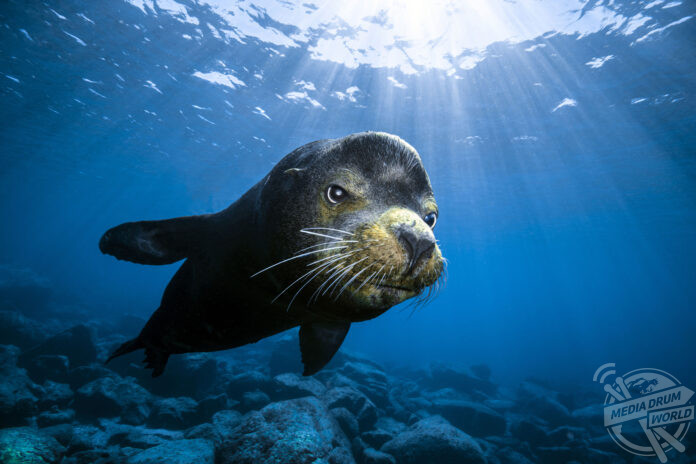 The free competition, which launched this past March, explored the six thematic categories linked to the overarching 2022 WorldOceans day theme: “Revitalization: Collective Action for the Ocean.”

Photographers from around the globe were encouraged to enter this inclusive competition with thousands of entries received from both amateur and professional photographers.

The winner of the Above Water Seascapes category is Vietnamese photographer Nguyen Vu Cao with their image entitled ‘Ocean Lotus Leaf’ which was captured in the Quang Ngai province. This stunning image depicts a fishing boat in the centre of a giant leafy structure and seeks to convey the beauty of the art of fishing.

British photographer Christophe Mason-Parker took second place in the same category with his impressive image of lemon sharks and blacktip reef sharks cruising the shallow waters of Aldabra atoll in the Republic of Seychelles.

Taking the top spot in the Underwater Seascapes category is Nicolas Hahn.  The Argentinian photographer blew the judges away with his surreal image that sees a brave diver in the centre surrounded by a mass of swarming jellyfish.

Aunk Horwang is the Thai photographer who has been awarded first place in the Revitalisation category with an image that depicts stingrays entangled in ghost nets – the deadliest form of marine pollution in Thai oceans.

“The United Nations World Oceans Day event and the Photo Competition are hosted by the United Nations Division for Ocean Affairs and the Law of the Sea, produced with the contribution of Oceanic Global and made possible by La Mer,” says a spokesperson for thecompetition.

“The annual competition is curated by Ellen Cuylaerts, and coordinated with DivePhotoGuide (DPG) and the Intergovernmental Oceanographic Commission of UNESCO.”

One photographer who scored highly with the judging panel is Supachai Veerayutthanon who is the winner of the Coastal Communities category with their image of ‘Bajau’ – a community who spends their whole lives living on the water.

Viktor Lyaguskin’s sci-fi-inspired image entitled ‘Aliens Meet Spaceship’ won first place in the Ocean Critters category.  This image is out of this world and depicts skeleton shrimps in an icy seascape that appear to be waiting for a ‘spaceship’ or comb jellyfish.

The final photographer taking a top spot is Italian photographer Giacomo d’Orlando with his image that illustrates the importance of theconnection between human beings and the marine ecosystem.  Marine biologist Adriana Campili is the focal point of this image as she makes checks on a reef aquarium at the Australian Institute of Marine Science.

“The United Nations World Oceans Day Photo Competition is an ongoing tradition that calls on photographers and artists from around the world to communicate the beauty of the ocean and the importance of the respective UNWOD themes each year.”

The winning entries can be viewed at www.unworldoceansday.org.

This Unbelievable Mum-Of-8 Was Addicted To Diet Pills But Overhauled Her...