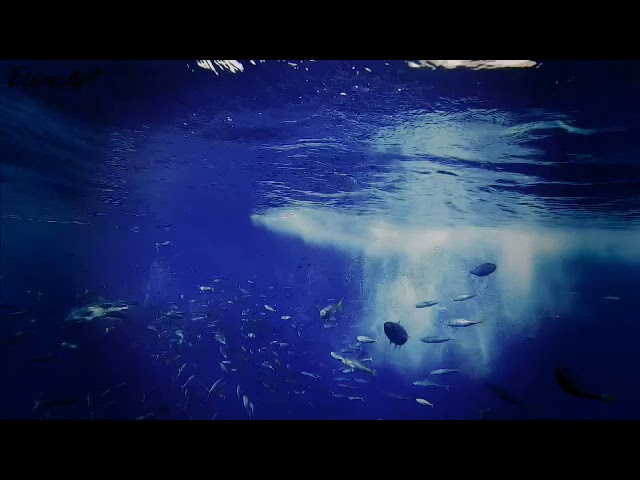 MEET THE photographer who gets called ‘CRAZY’ by his peers because of his fascination with SHARKS and admits he doesn’t even get scared when he is FEET AWAY from a BIG MOUTH.

London-born photographer Euan Rannachan (34) has come face-to-face with – and photographed – countless sharks in his adrenaline-fuelled career.

His incredible shots capture nature’s most refined predators at their most fearsome, with row upon row of razor-sharp teeth on display and their haunting black eyes focussing on their next target. But after years of diving and close quarters interaction Rannachan, who has lived in California for the last 15 years, has developed a new respect and understanding for the apex creatures.

“When people see my photos, 90 per cent of the time the reaction is ‘you are crazy!’,” he laughs.

“That’s fine that’s a natural reaction to what I do, but it’s not true thankfully.

“Sharks are very polarising for many people. They either love them or hate them – but almost everyone has an opinion about them.

“The fact that they are such huge predators and we can spend so much time hanging out in the same water with them and be totally fine is incredible. Try doing that with a wild tiger, lion, or bear.”

Although he had always been fascinated with sharks, Euan admitted that he was still nervous about entering the water with them but soon ‘rewired’ his brain to gain his own perspective on the fish.

“I think like most people my fascination was probably born out of fear,” adds Euan, who can be found on Instagram, @euanart.

“Movies that I love like Jaws only help drive that narrative home. But even though I still badly wanted to see one for myself in the water. I get asked a lot how I keep my cool in the water. It really has nothing to do with being brave.

“Sure, the first time I got in the cage there was some stuff I had to try and rewire in my brain. But as soon as a massive 17ft great white slowly swam by me in the clear water and I could see they were not interested in eating me in one fail swoop, my ‘fear’ quickly turned to obsession on trying to show people they are wrong to despair of these amazing animals.

“There is a lot that’s really incredible facts about white sharks. A good friend always reminds me that they are living dinosaurs and when you are eye to eye with them this point really comes to life. I think the fact they use so many receptors down their body and in the little dots on their nose called Ampullae of Lorenzini to sense animals in distress or really any electrical impulse around them including my beating heart is amazing. In other words, they have superpowers.”

Although eye-catching, the 34-year-old photographer and artist suggests there’s more to his photos than just gnashing and teeth.

“I want my images to show people while yes there is a reason sharks have been around for so long and they are apex predators, they are also extremely curious and playful animals. I want people to feel this when they see my photos,” he says.

“Yes, they are apex predators but that’s literally how they look only about one per cent of the time. And even when I’m a few feet from a big mouth that’s able to take about 50lbs of meat in a single bite I’m not scared in the least.

“When sharks go for any bait they essentially close their eyes, so that much speed and force going in one direction can sometimes mean they bump into our cages. It does not happen very often but when it does it’s a great reminder at just how small we really are, and the power these guys can create in seconds.

“I love taking people out there who are slightly scared but also fascinated by sharks and see their reaction after being in the water with them for the first time. It’s almost an out of body experience, to know something you have been told for so long is just not true and they are not just here to eat us.

“It’s a great metaphor for life I tell people. I tell them: ‘see you were scared of this for so long and never thought you could do it, now you have done it you don’t want to get out of the water with them – what else in your life are you doing that too?’”

Former Addict Because Sobriety-Championing Athlete After Turning His Spiralling Life Around...