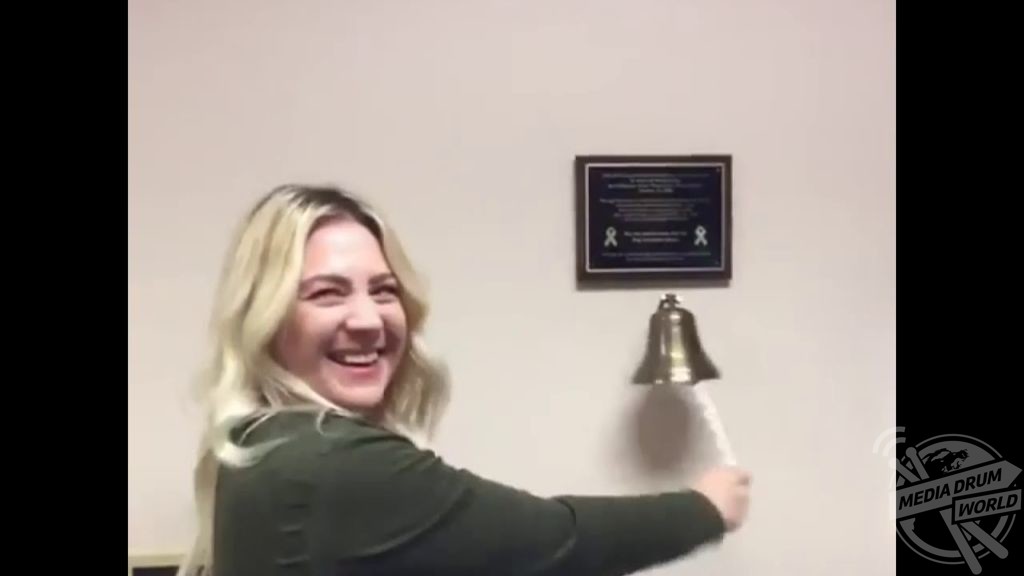 THIS WOMAN assumed that a small bump on her labia was an INGROWN HAIR but was ‘paralysed with fear’ when she was diagnosed with a rare form of vulvar cancer in her twenties.

When project manager, Marisa Strupp (29) from Milwaukee, Wisconsin, USA, found a small bump on her inner labia in March 2018, she visited her doctor and dermatologist who gave her the impression it was nothing to worry about as the skin around it was healthy.

Due to the sensitive location of the bump Marisa wanted to get it removed and it was recommended that she visited a gynaecologist. Busy with work commitments, Marisa booked in with her gynaecologist in mid-August 2018 who removed the bump and then sent it for testing to make sure that it wasn’t anything more sinister.

On September 7, 2018, Marisa received the devastating phone call that she had stage 2 vulvar melanoma. On September 19, she underwent a three-hour surgery to remove the tumour and four central nodes as the cancer had spread to one of them which pushed her up to a stage 3b diagnosis.

Following surgery Marisa was referred for immunotherapy treatment, Opdivo, which was 12 treatments over the space of a year with her last session being on September 9, this year. Marisa is waiting for her scan results and if everything comes back clear, she will need to be monitored every four to six months.

Marisa’s cancer is very rare and tends to develop in much older women and when she was first diagnosed, she found it difficult to connect with anyone her age who had the same cancer, so she started sharing her journey on Instagram.

Through Instagram she has connected with hundreds of women who are going through a similar cancer fight and has been able to find support in her friends and family both in real life and online when she has been going through the extreme side effects of her treatment.

“I found a small bump in my inner labia and had a general doctor and then dermatologist look at it, both giving me signals that it wasn’t anything abnormal to worry about,” said Marisa.

“The skin around it was healthy, but for me it was just bothersome because it’s in a sensitive area. It was recommended to me to see a gynaecologist to remove it and my doctor sent it in for testing.

“I thought it was just a little ingrown hair and since they didn’t give me anything to worry about, I took my time to get it removed. I wasn’t worried at the time and was very busy with work, it took me time to see my gynaecologist to take care of it.

“When I received the diagnosis I was horrified, scared and paralysed with fear. Never in my life did I hear about vulvar melanoma.

“It was a three-hour surgery done by my gynaecological oncologist to remove the tumour and the four central nodes. I was confined to an electric reclining chair after surgery (had an overnight).

“I spent a solid four weeks in the chair and two extra semi-mobile weeks finishing my recovery.

“My gynaecologist recommended immunotherapy to me after they found the cancer had spread pushing me to stage 3b. My side effects from immunotherapy grew in intensity after each injection.

“My body wasn’t used to it obviously and after each one compounded on top of one another, the intensities grew. Most commonly throughout my treatment, my side effects were: extreme fatigue, migraines and headaches, hot flashes, a few rashes, heartburn. I am also more likely to get sick since my body is busy doing its thing killing cancer.”

According to Cancer Research UK, 1,300 people are diagnosed with vulvar cancer in the UK each year. On average each year more than 40 per cent of new cases are in women aged 75 and over.

Marisa has had a wonderful support system of family and friends throughout her cancer fight and her boyfriend, Stojan left his new job in Austria to be by her side.

Although Marisa has struggled with the side effects of treatment, she is adamant that cancer will not change her and sharing her story on Instagram has helped her immensely.

“I was looking for women my age that have my specific cancer. That became a very lonesome and impossible task, especially as I first came home from surgery. I was stuck in a chair and searching for anyone to connect with,” she said.

“I figured if others, like me were looking for people like me, they’d take to IG. And I’ve talked to and spoken to people all around the world (Germany, Argentina, England) and in the US.

“Not everyone has my specific melanoma, some have melanoma (skin) or some are starting their immunotherapy and want to know what it’s like. Or maybe they just want someone to connect with so they know when they explain their side effects, you can understand.

“My faith and who I am tells me to stay positive. I’ve always been a fun, happy and cheery person, ever since I was little. It’s just who I am and not being that way takes away the core of who I am.

“Cancer took so much away from me and I won’t let it take me down and change me. I’m not a cancer victim, I’m defeating it. I will say that doesn’t mean I didn’t have days I’d just sit and cry. I still have those days. I hate what it’s taken from me, I hate how it’s made me feel and just feels horrible. But I remember I am stronger than it.

“My boyfriend has been through every single one of my scans from pre-surgery to immunotherapy treatments, he’s been at every treatment while I get my injection, he’s been at every appointment and he’s been by my side when I feel absolutely awful. When I feel extremely sad and scared. When I need him to give me a hug and kiss and tell me we are fighting through it.

“There are days I don’t feel good and I am not as positive as I want to be, but he’s there to pick me up and make me feel like I can do this. Going through cancer as a couple is not easy, but it’s strengthened our relationship to an entirely other level. He is my everything and I am so in love with him.

“You are not alone. Lean on your family, friends and loved ones. You will have stormy days, but the sun will shine the next day. It’s okay to be scared and cry. Just know there are others out there like you that are there to support, love and help you.”

You Can Stay At This Stunning Resort In The Maldives That...