THIS NURSE trains in the gym for TWO HOURS a day despite countless hours spent on a busy ward and says men are often surprised when they find out she can lift more than them.

Paige has worked as a registered nurse for three years sincegraduating, also working with patients in rehabilitation which has fulfilledher goal of having an impact on other peoples’ lives.

Although she is incredibly busy at work, Paige thrives offthe chaos and feels that the constant busyness is what keeps her mind and bodystimulated. 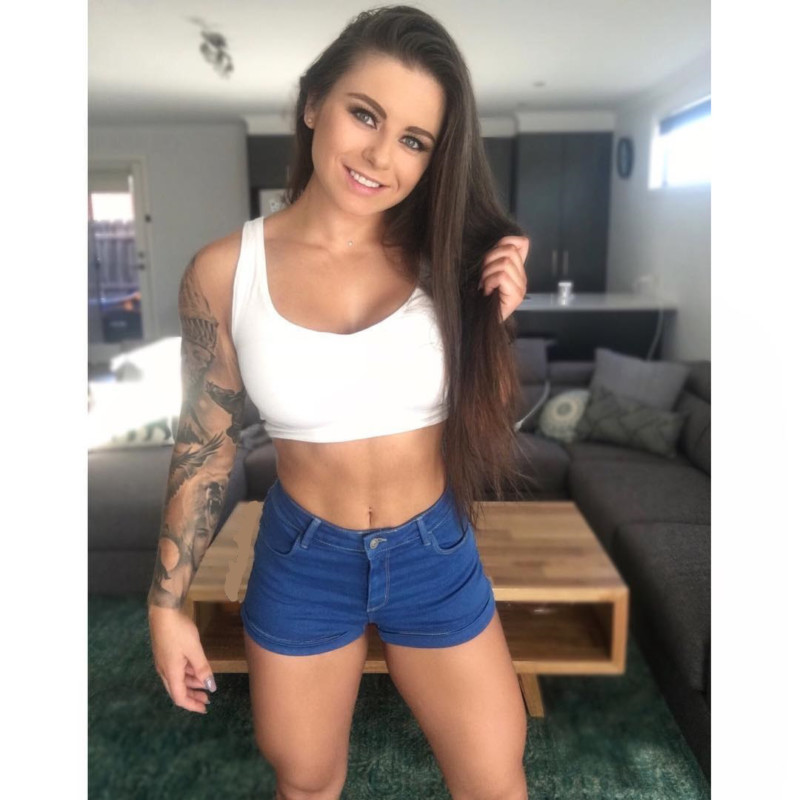 Paige enjoys the chaos of working in a hospital as it keeps her on her toes. MDWfeatures / Paige Mills

Paige first found her love for fitness when she finished hernursing degree which made her feel inactive, making her want to burn off energyin the gym. Now, Paige works out for five or six days a week, for two hourseach day.

Her dedicated fitness regime is all thanks to Paige notowning a TV aerial at home which means she has plenty more time to work outbecause she doesn’t watch any television.

Through nursing, Paige has learnt to appreciate her fitnessas she deals with patients who may never even walk again. Even during longperiods of consecutive night shifts Paige manages to maintain her fitnessregime as she can squat 155kg and deadlift 152kg.

“At first I wanted to get a degree for the self-actualisationof doing it, but I decided I wanted to do something where I could have animpact on people’s lives instead,” said Paige.

“I’ve also tried out hospitality, driving trucks, being adancer and a builder’s labourer, but then I found nursing and I also do somefitness modelling now too.

“I love the chaos of it – being on my feet and doing amillion things at once keeps my body and mind stimulated.

“Having gone from very physically demanding jobs before tothen studying and working as a nurse made me feel very sedentary, so I feltlike I needed to burn off some energy. That’s when I first found fitness andjoined a gym.

“Now I will work out for two hours a day, five or six days aweek. It can be hard to keep up with my routine sometimes when I’mtransitioning from day shifts to night shifts and when I’m sleep deprived.

“In nursing we aren’t allowed to manually lift patients, sothe strength isn’t as handy as you may think, but back injuries are supercommon among nurses. I think powerlifting has taught me the correct liftingtechniques, so hopefully I’ll never have a work-related back injury.

“I hear people say they don’t have the time to go to the gym,yet they watch two to three hours of television a day. Whereas I don’t have atelevision aerial at home, so I guess there’s time for anything you love if youmake it a priority, and training comes first for me of course.”

Paige spoke about how she makes sure her diet fuels her busyschedule and ensuring she can recover properly.

Patients will often comment on Paige’s muscly physique andmen are frequently surprised to find out that she can lift more than they can.

“Before I started lifting, I wasn’t able to distinguishbetween a woman with muscle and a woman carrying excess fat. But now I veryoften get patients commenting on my muscles,” said Paige.

“The reaction I get from men is often saying ‘wow, you canlift more than me’. But I think people who have known me forever aren’tsurprised that I ended up being somewhat of a public figure because I’ve neverbeen afraid of the limelight. I’m a pretty open person.

“I eat so much – I try to eat a lot of protein andcarbohydrates to fuel my workouts. If I don’t eat enough, I won’t perform wellin training, which makes me feel frustrated. I usually eat around 2000 to 3000calories a day.

“Nursing has taught me not to take any physical abilities forgranted. I don’t think people realise that there are people my age who are instroke wards or in nursing homes and they’ll never walk or talk again.

“You should exercise to celebrate your capacity to do so, andlove your body for what it can do, not for how it looks.”

You can follow Paige’s fitness regime by checking out herInstagram, @bikerbiddie.

Remarkable Pictures Revealed In a New Book Tell the Tale of...