DRAMATIC images have captured a lioness riding an African buffalo like it is a bucking bronco, as she tries to score a tasty meal.

The series of spectacular pictures show the lioness climbing on to the 1,300-pound buffalo’s back while her friends encircle the bovine as it attempts to make a bid for freedom through a watering hole.

In another image, the mere 286-pound lioness refuses to give up her quest as she continues to dig in her teeth and claws as the buffalo continues to make an escape.

The incredible snaps were taken by Russian photographer Sergey Gorshkov on a visit to Londolozi Private Game Reserve, South Africa.

“After a morning safari we were driving back to the camp and I noticed a herd of buffalos and usually you can expect that there would be several lions nearby and this time was no exception,” said Sergey.

“One of the female lions rushed to the buffalo and in the next fifteen to twenty minutes a real battle of giants unfolded.

“The buffalo was very strong and the lions could not knock him down. 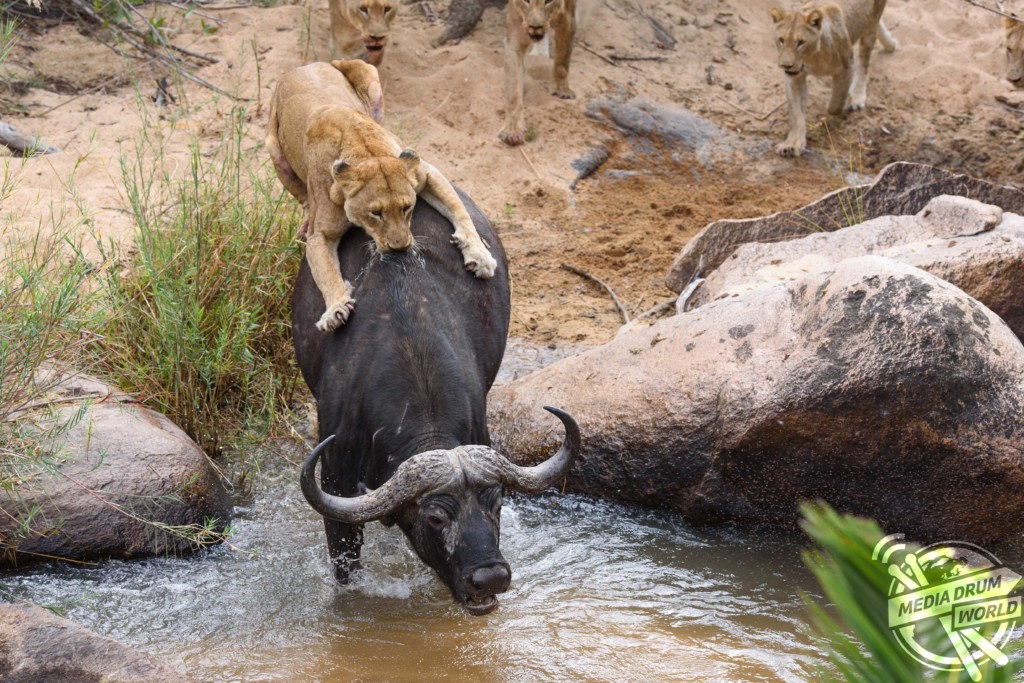 “The buffalo’s loud cry attracted the attention of its herd and all the males immediately rushed to help the buffalo in distress and eventually the buffaloes won.”

Lions normally hunt in groups at night with females taking on the hunting role.

Lionesses are speedier and much more agile than their male counterparts, usually making them the perfect predator to snare their prey.

“I have been photographing wild animals for many years and my main project is the Russian Arctic but I also work in Africa,” added Sergey.

“During my observations I have seen a lot of interesting moments in the life of Africa.”

How to Choose the Best Back Support Lumbar Pillow

Woman Declares Her Surgeon ‘Wasn’t Paying Attention’ As She Realised Her...