Media Drum World
Home MDWfeatures Watch This Incredible Two-Year-Old Hold His Breath as he Dives Without an...

STUNNING video footage what could be the world’s youngest freediver learning his trade without any air supply from the age of TWO.

The video and pictures shows the young boy, who has been training since the age of two, hold onto his dad’s back as he dives under the surface of the water before he emerges for air twenty seconds later.

The incredible footage also shows the kid, called Fedor who is the son of a pro-freediver repeating the trick on his mum’s back as she swims underwater and aged three, using a rope to pull himself 32-feet deep underwater before rising back above the surface when he can no longer hold his breath.

The video was taken by professional freediver Alexey Molchanov (29) from Moscow, Russia as he was in Dahab, Blue Hole, Egypt.

It shows three-year-old Fedor Afonasiev being taught how to freedive by his parents, who are friends of Alexey’s and instructors in his Freediving Federation education agency.

“This project of shooting with Fedor appeared natural when I saw him in the water,” said Alexey.

“Originally it was as simple as filming him to have material for education videos of my Freediving Federation education agency and as a cool footage to have for his parents.

“I see a kid who see what his parents do and naturally follows their passion.”

Alexey shot the pictures with a Sony a6000 with 12mm Zeiss lens and Nauticam housing. He also used a GoPro camera to capture the video footage.

As an experienced freediver Alexey can hold his breath for eight minutes and thirty-three seconds while he holds a world record depth of 423 feet while depth diving with fins. 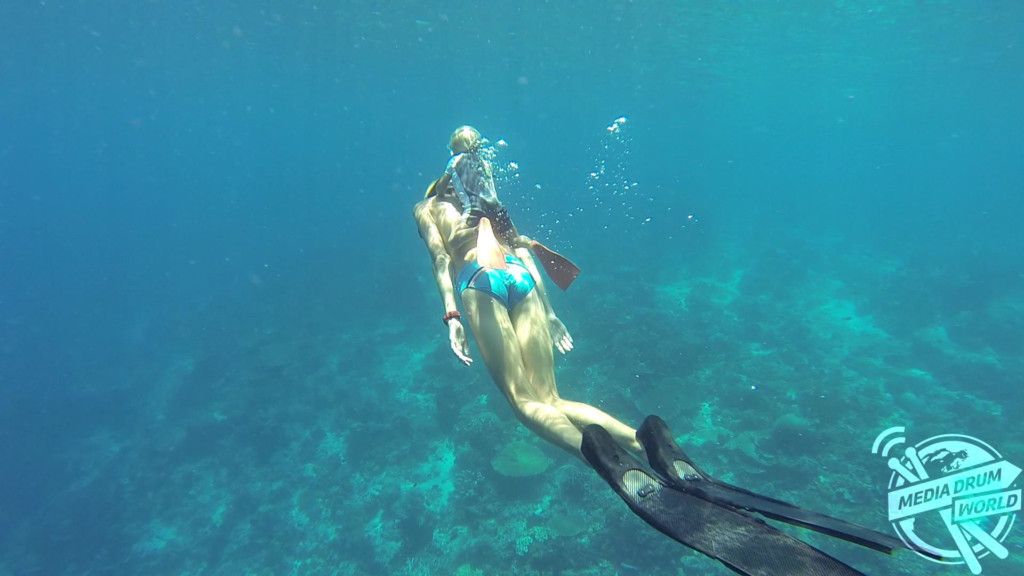 “There is no competitive approach for kids,” he said.

“We do not push Fedor to do any numbers. He does whatever he feels comfortable with. That is very important to note for any kid’s breath hold activity.

“We think it is important for freediving to be a fun activity for kids. When people see it, they cannot believe how good is Fedor underwater and that actually motivates them to start learning freediving as well.”

This Colourful Tornado Proof Underground Bunker Could Be Yours For £1M