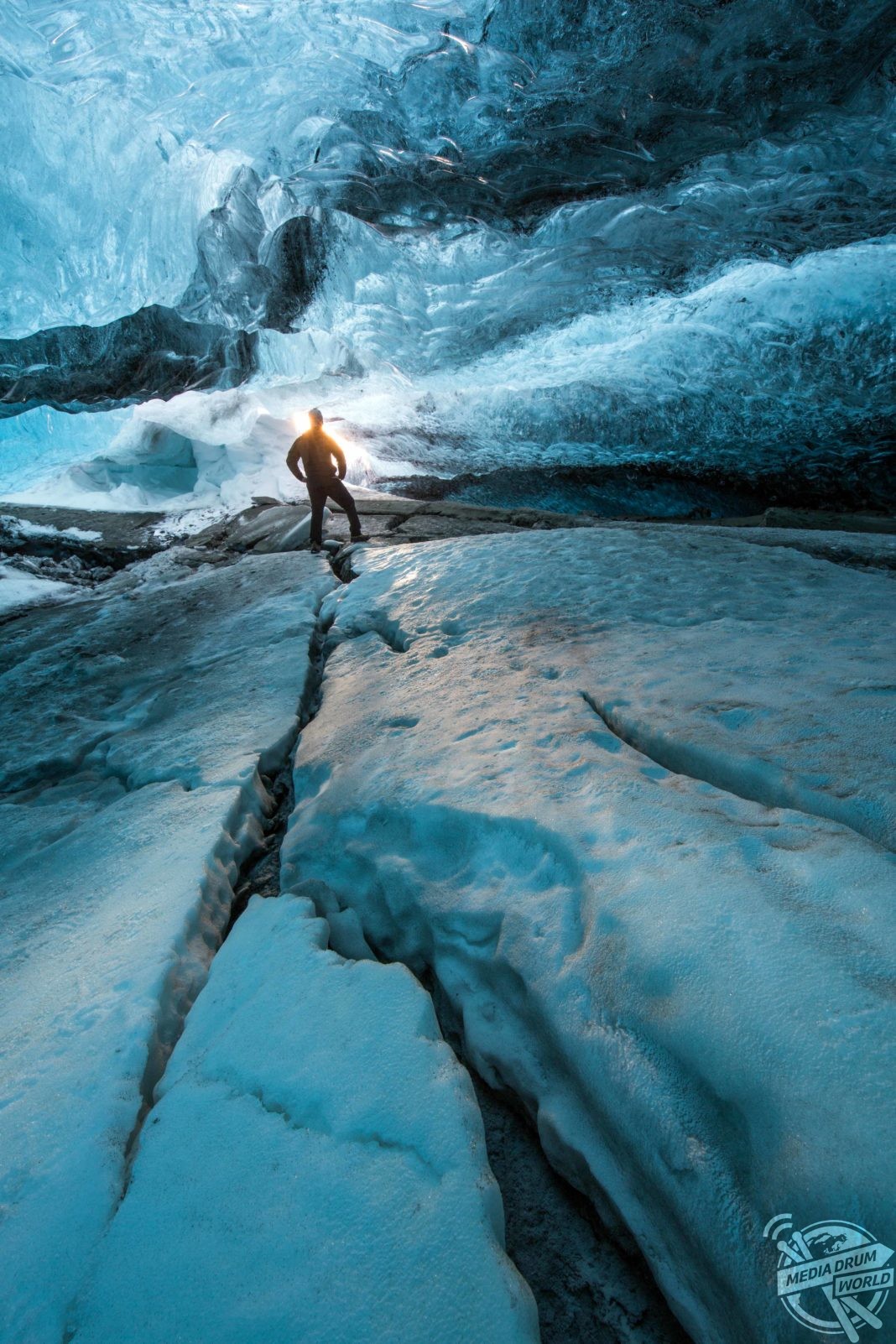 AN ICE SELFIE from the heart of a cave glacier could be the most spectacular you’ll see this winter.

Looking as though a cascading waterfall has been frozen solid, this incredible image is totally other-worldly. 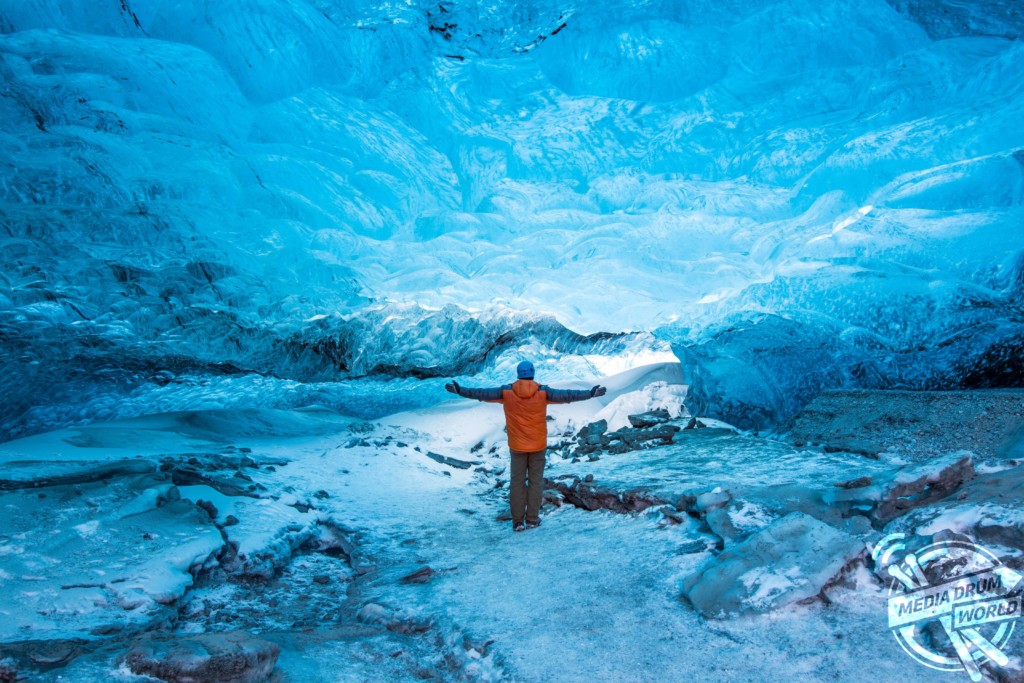 Other pictures from this series show the interiors of ice-caves where melting ice has left a trail of intricate patterns on its descent, while awe-struck hikers pose for selfies. 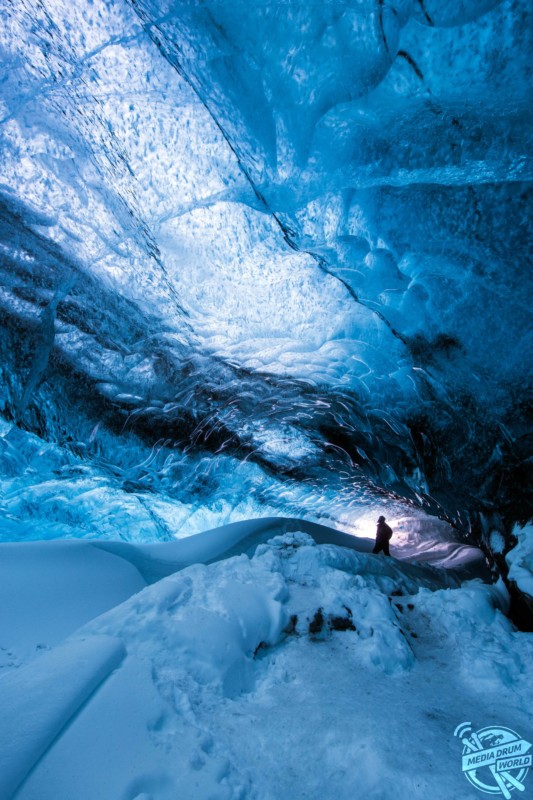 “It’s fairly dark inside the ice caves, so to take the shots I placed my camera on a tripod and carried out long exposures to capture all of the colours and light.

“These beautiful ice caves are located within glacial ice, carved by melted ice during warmer months.” 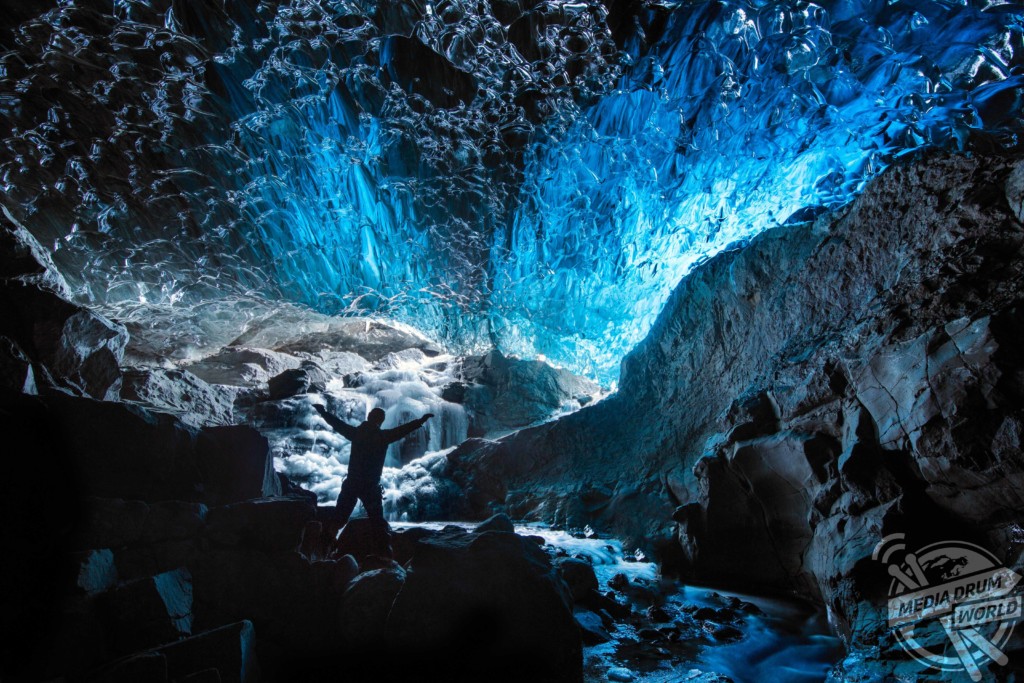 Vatnajökull National Park was established on 7th June 2008 is one of three national parks in Iceland.

It is home to all of the Vatnajökull glacier and covers approximately fourteen percent of the country of Iceland at an area of over five square miles.

“To get to one ice-cave required travelling for several miles over a glacier,” said Ian. 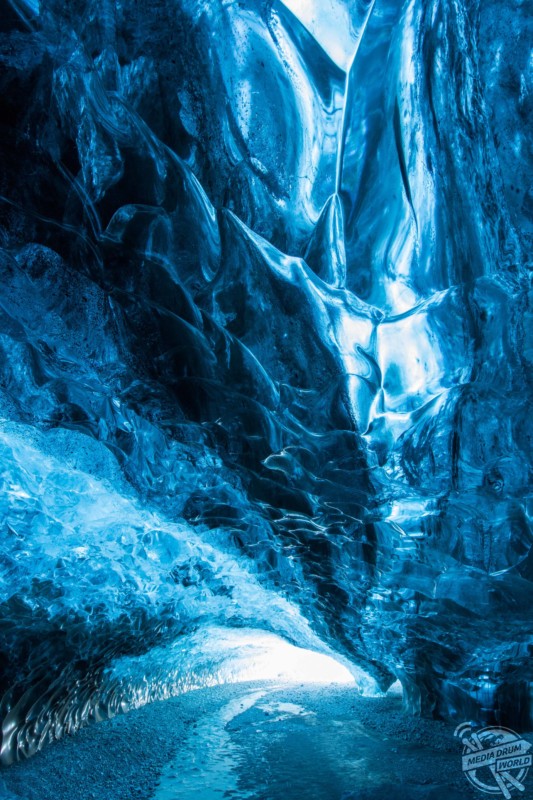 “Not only did the hike require technical crampons and ice axes, but I was also very sick that day.

“Although I was miserable, the experience was well worth the challenge.

“Most people are amazed at the incredible shades of blue found deep within the glacial ice.” 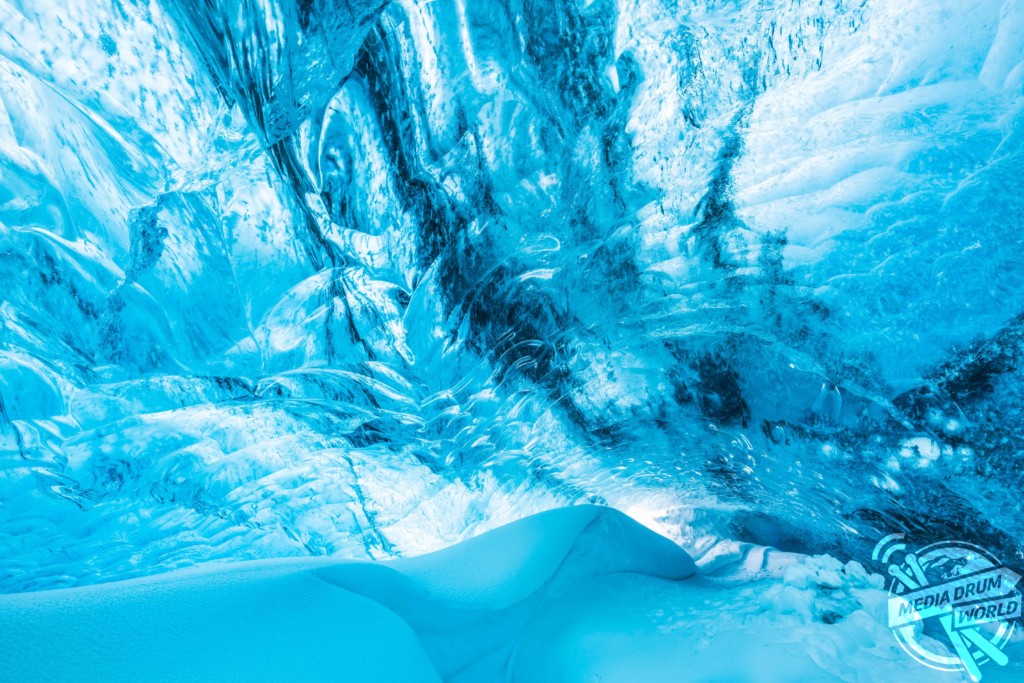 Ice Cool: These Women Brave the Cold to Practice Yoga on Glaciers in Bikinis

Out of this World: Robot Flying Drone