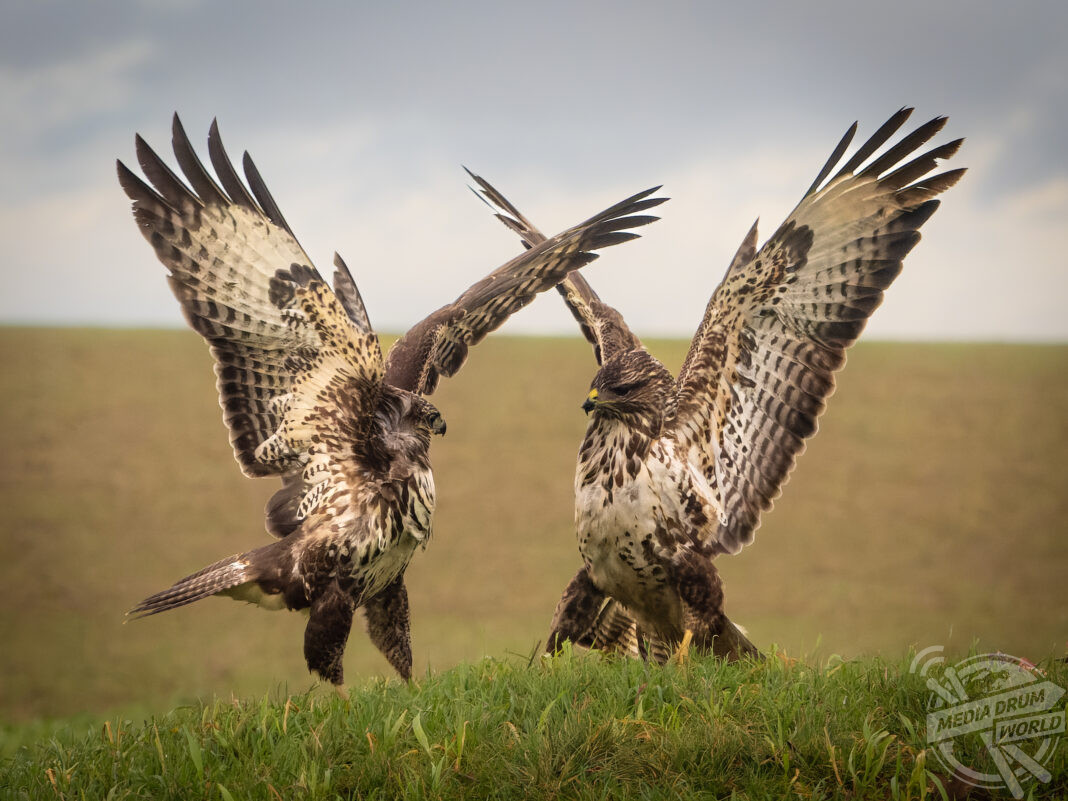 STUNNING images have captured a ferocious battle between a pair of Buzzards.

In one of the photographs, captured on the 7th of January, the buzzards face each other in a mirrored stance, stretching their large wings high above their heads.

In another photograph, one of the buzzards stares down the other as the mangled prey they are fighting over lies between them.

Buzzards are one of the most common birds of prey in the UK. They large with broad wings, and make a sound that is often mistaken for the meowing of a cat.

The photographs were captured by amateur photographer and crime scene investigator Martin Goff (47) at a farm on the Marlborough Downs in Wiltshire using an OM System OM1 and 40-150mm Pro lens with a 1.4x teleconverter.

“They often fight and squabble to show dominance, especially over food.

“People are intrigued when they see ‘frozen’ action like this even if it is of a very common species.”