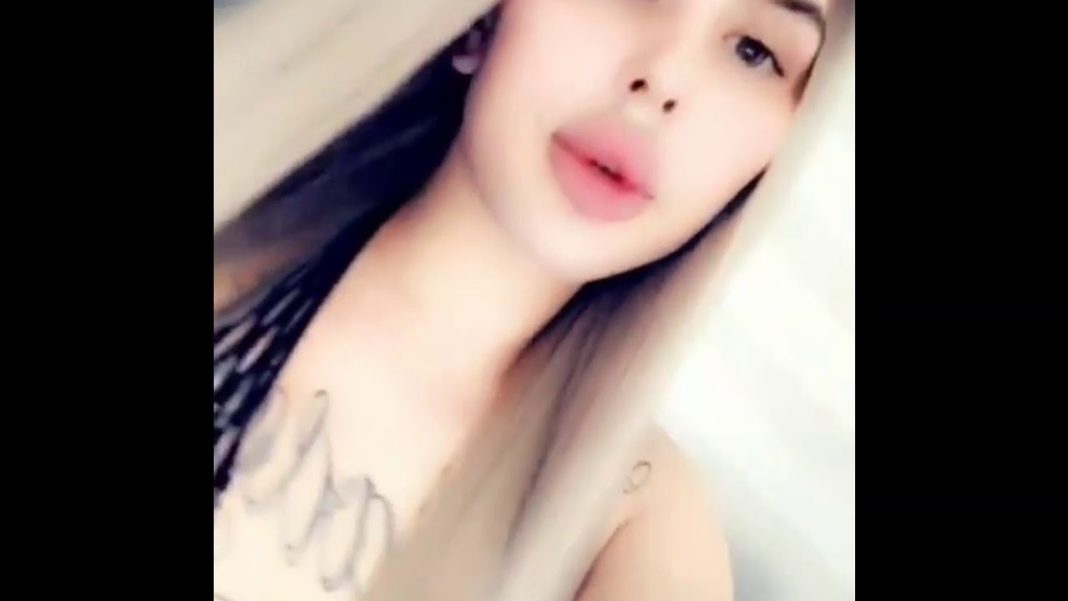 MEET THE plastic surgery addict who once had a SIX THOUSAND POUND BOTOX PARTY funded by one of his MARRIED cash pigs and is now on a mission to become a BIMBO GODDESS – but admits his look requires SO MUCH FILLER that he has to visit different clinics every few weeks to bypass their caps.

Adult entertainer, James Holt (26) from Manchester, UK, continues to enhance his look by getting fillers put in his face every month to create a more feminine shape, as he hopes to one day be the ultimate ‘bimbo goddess’.

Since he was a teen, James felt more comfortable with the fake look and was inspired by celebrities like Pete Burns and Amanda Lepore. James didn’t hate his look previously, but he didn’t like looking ‘plain’ as he wanted to stand out, so he tried lip fillers and he’s spent over £50K on his look since.

James has had two nose jobs, fillers in his face to create a feminine shape, Botox in his forehead, lips fillers, surgery to change the shape of his jawline and Botox in his armpits to prevent sweating. James started having procedures eight years ago and now he sees it as his hobby to maintain his look.

James funds the procedures and touch ups with the money he gets from men who pay for his adult services online, and they gift him with makeup, high heels, wigs, even holidays and driving lessons. In the years he’s been doing adult work, James has received £100K worth of money, gifts and funding for his cosmetic procedures, with one of his married clients even paying £6,000 for James and his friends to have a Botox and filler party.

James is far from completing his look as he hopes to eventually achieve a head to toe plastic transformation, and he hopes to be his own gender since creating his persona, Sofia Lips. Although he is often stared at in public, James insists that cosmetic surgery is no longer seen as taboo and anyone who wants to try it should do if it makes them happy.

“When I first had lip fillers, it felt great and I knew I’d be having more after. I’ve had two nose jobs but am looking into getting a third because I’ve had a few complications as I have trouble breathing through my nose sometimes,” said James.

“In the past year I’ve added 50 millilitres of filler to my face to make it more feminine, but I go to different places every few weeks because each one puts a limit on the amount I can have, which I don’t like.

“I’ve added a considerable amount to my lips and cheeks, I’ve changed the shape of my chin to make my face longer, changed the shape of my jawline to widen my lower face, had Botox all over my forehead and face to completely paralyse the muscles so I don’t show any expression anymore. Just on the lips, I’ve spent about £20K since I started getting them done.

“I really enjoy having procedures done, it’s become a hobby for me. Not a month goes by where I haven’t had at least five treatments or procedures, including facials, Botox, and fillers. It’s generally just the usual Barbie touch ups.

“I’m constantly changing my face; I don’t see it as a big deal to have procedures done all the time as that’s what it’s going to take to reach my end goal. The end goal for me is a total head to toe transformation to become the ultimate bimbo goddess. I want to be my own thing, the ultimate bimbo and my own gender.”

In the future, James hopes to have bum implants, a third nose job, facial feminisation to change the bone structure of his face, forehead reconstruction to shave his brow bone down and he is currently saving to fly to Florida to get breast implants.

In public, many people stare at James and even try to take pictures of him on the sly because they marvel at his fake look. James has become used to constantly being stared at and he admits that if he was them then he’d stare at himself too because he loves his look.

“I still want a super charged BBL to have implants in my bum, a third nose job to make my nose more feminine, facial feminisation, forehead reconstruction as my brow bone sticks out too much and I hate it. I’m currently saving up to fly to Florida to my dream surgeon to get 1250cc breast implants,” said James.

“The reaction I get in public is a lot of staring and double takes, people try to take crafty photos of me too. I don’t mind it at this point as I don’t notice it. It’s become my norm to be constantly stared at as soon as I leave my house, but hey I’d stare at me too, I look so good!

“In terms of my pay pigs, they absolutely love my recent changes as I’m heavily into bimbofication. Men on the internet love to be owned by me and give into me financially and fund my cosmetic surgery and bimbo lifestyle by buying me gifts such as heels, clothes, wigs, makeup, holidays – whatever I ask for I usually get!

“I once had a Botox and filler party for me and 10 friends where we got the works done and one of my cash pigs paid for it all! That cost £6000 and I’ve still never met him as he lives with his wife, he loves to see me fill my face and lips and he’s happy to pay for the procedure.

“I most recently had my Amazon wish list cleared by a cash pig to prove to me how enamoured he was by me, so he spent £5000 on me. I’m currently doing my driving lessons which have all been paid for my one of my favourite cash pigs who’s a married man, but that doesn’t bother me because I own multiple married men.

“I feel so in control, sexy and independent. I’m thriving and I feel like nothing is out of reach for me. I’ve met a lot of people who don’t fulfil their inner selves and they’re hiding from what they really want to be. I tell people to be themselves because life is too short to hide anything.

“It’s a whole new generation now and surgery isn’t out of reach for anyone who wants it. It’s not a taboo subject anymore, people can be whoever they choose to be and live life however they want.”

The Crucial Moments In British History Are Displayed In Maps Which...