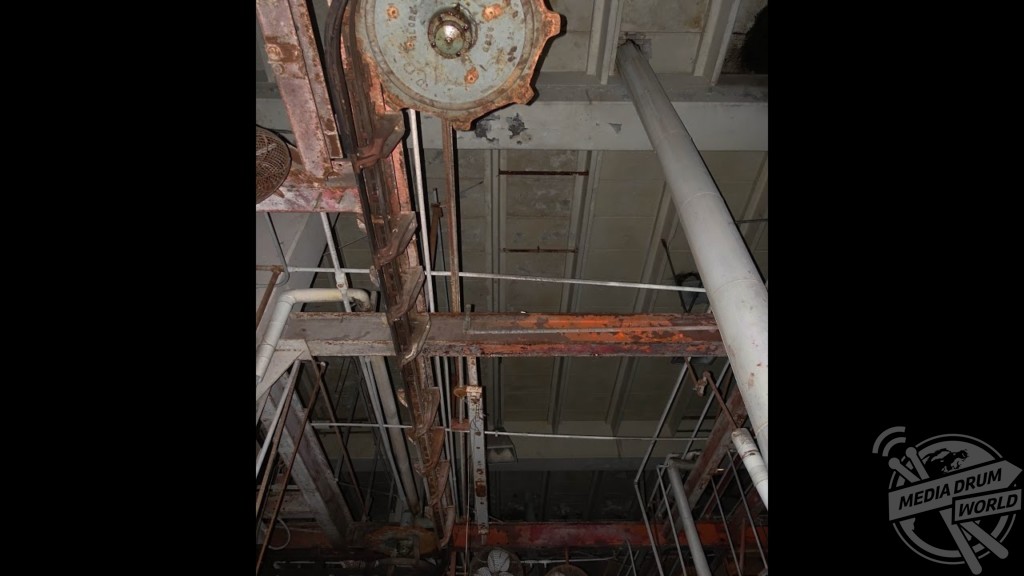 EERIE images and video have revealed the abandoned remains of a long-forgotten slaughterhouse.

The haunting pictures and footage show the rusting machinery left behind including vats, fans and even cutting blades while a pile of hoof bones can be seen on the killing floor.

Rows of lockers still lie empty inside the building while the clocking machine looks like it may have trouble registering the start of your shift.

The spooky shots were taken at an abandoned slaughterhouse in Nebraska, USA by photographer Jim Sullivan (36) from Los Angeles.

“The abandoned slaughterhouse is a nightmarish place,” he said.

“With so much equipment left behind, it’s easy to imagine what it was like before it closed. It seemed like a stressful place to work.

“A notice hung on the bulletin board next to the timeclock reminding employees how to care for any rashes or stitches they might have.

“After standing vacant for decades, thick dust and cobwebs have accumulated on every surface, adding another layer of creepiness to what was already a very eerie place.

“The old slaughterhouse was extremely dark in most places and the basement had a lot of standing water.”

Jim has always been fascinated by abandoned places and wanted to see them for himself.

“Growing up in Wisconsin, I spent a lot of time hiking and would occasionally happen upon the ruins of old farms,” he said.

“I’d wonder about the people who lived there and why they ended up leaving. Since I moved to Southern California, home of countless ghost towns from the mining era, my love of abandoned places has grown into an obsession.

“Knowing that the old structures will eventually be destroyed by vandalism, the elements, or developers, I feel compelled to learn their stories and photograph them while they still stand.

“I’d read a lot about abandoned places in the American Midwest and wanted to see them for myself. I took a road trip from Los Angeles to Cleveland and stopped at countless places in between.”

For more information or to see more of Jim Sullivan’s work, check out his website: Place that Were.

Remarkable Shots of The Ghost Town Of Chernobyl

Grim Photographs Of ‘The Care Home From Hell’