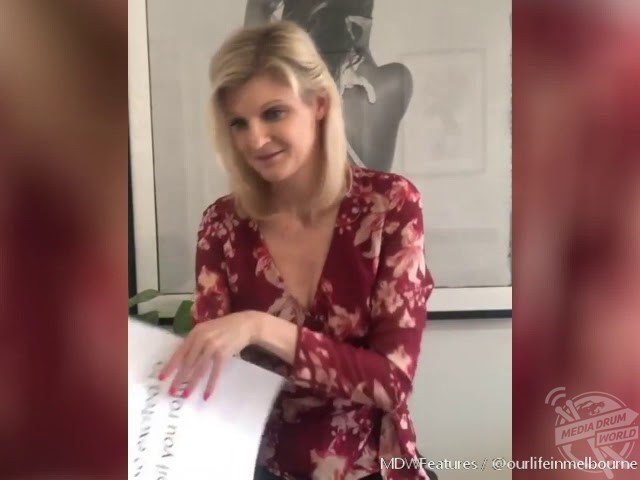 AFTER struggling to fall in love before she turned THIRTY-FIVE, this woman is now embarking on a journey as a SOLO MUM BY CHOICE after undergoing IVF treatment out of fear of waiting too long for love to become a mother.

Executive assistant, Sarah (39) from Melbourne, Australia, told her younger self that if she hadn’t met ‘the one’ by the time she was 35 then she would look into IVF, and last year that became Sarah’s reality.

Sarah lived in London for a couple of years in her early thirties, during which she fell in love with a Londoner who worked for the British Army. Unfortunately, as her two years came to a close, Sarah’s visa ran out and she returned to Australia, which put too much of a strain on their romance, bringing it to an end.

Since then, Sarah has never felt a spark with any man she dated, but as she saw her sisters with their children, she began to realise that she wanted to start a family of her own. Sarah started looking into IVF treatment in 2017 and later started treatment in July 2018, using an anonymous sperm donor.

Sarah didn’t want to miss out on the opportunity of becoming a mother and felt that she didn’t have time to waste. In September 2018 she found out that her first IVF attempt had been successful and she’s expecting her first child, a son, in May 2019.

Through sharing her journey as a solo mum by choice on Instagram, Sarah wants to show others that family dynamics differ and she may be without a father for her son, but that doesn’t make them any less of a family unit.

Sarah is proud to become a solo mum and hopes that she encourages other women not to leave their chances at motherhood too late on the hopes of falling in love with ‘the one’.

“I have been lucky enough to have been in love, but unfortunately, chose a complicated relationship with him being in the British Army and from the UK,” said Sarah.

“My visa was running out in London and I had to return back to Australia. Unfortunately, our long-distance relationship couldn’t survive. It’s one of those relationships where I will always look back and wonder what if.

“From there, I dated on and off throughout my thirties and tried online dating but could never find that ‘spark’. I met some great guys, but I think you get to a point where you know what makes a great relationship, so why settle until you find it?

“I think as we get older, we get fussier. Sometimes there’s just that instant connection and it’s easy – no games and it’s as simple as that. I wanted to find that again. Not waiting three days to message each other, playing games or continuing to date other people.

“Throughout my twenties and early thirties, I wouldn’t say I was broody or desperate to have a baby. It was only when I started seeing my sisters have their children that I realised I wanted something more for myself.

“I didn’t want to miss out on the chance of having my own family. As fabulous as my life was, I wanted a new direction and I couldn’t imagine not having my own little one.

“When I thought about looking into becoming a solo mum by choice, I knew that it didn’t mean my dating life would be over forever. Who knows what the future would hold for me?  But I knew for certain that I didn’t have time to waste if I did want to have a baby.

“It was around the end of 2017 when I started looking into it. First, I saw my normal doctor, had some tests done and then I was referred to a fertility specialist. I went into IVF with a positive attitude, thinking that if it’s meant to be, it will be.

“In July 2018 I had eight eggs removed and fertilised, then in September I found out that this little man chose me to be his mum.

“I was shocked, to be honest, I didn’t think it was going to work first time and I was prepared to unfreeze another embryo. I was very lucky to have it work first time; it was meant to be.

“My family have always been extremely supportive of the idea. My mum is the most beautiful woman and has been there since the beginning. She has come to all my appointments, researched everything so she knew what step I was at and she will be at the birth of bubs.”

On March 17, Sarah’s friends and family attended her baby shower to celebrate her impending motherhood. They had plenty of food, cakes and balloons following a blue colour scheme. However, since picking out a name for her son, she hopes not to meet a man with the same name in case it ruins the name for her.

Sarah admits that some people might question her decision to raise her son without a father, but she hopes to broaden people’s minds to the idea of family diversity and even encourage other women not to delay their own motherhood and risk it never happening.

“I’ve been lucky to have a very easy and normal pregnancy,” said Sarah.

“During the first trimester I suffered with nausea and bloating, but that was it. Now approaching the end of my third trimester, I’m just tired and starting to struggle with back pain. It’s really opened my eyes to how amazing women are and the strength they have.

“I have one name picked out, which means I’m not allowed to meet anyone with the same name in the next six weeks who could ruin that name for me.

“My due date is May 16, but I won’t go over the 40 weeks due to it being an IVF baby and a ‘geriatric pregnancy’ as I am over the age of 35 so it’s considered a higher risk.

“I announced on social media that I made the decision to be a solo mum by choice. I was prepared for there to be some backlash about children needing fathers, but I received nothing but support and encouragement.

“I think there are so many different types of families these days and it doesn’t matter as long as they are raised with love. It’s becoming more common for women to go it alone.

“A lot of people remark that I’m brave or that they admire me for doing it. But I’m just like anyone else who went after what they want. I won’t know any different, it will just be me and bubs on this journey, and that’s our normal.

“I think it’s important to raise awareness and be open and upfront about these things. I’m not ashamed of my journey, if anything I’m proud to undertake it on my own. Life’s too short to miss out on something you want to do.

“I will be upfront with bubs from the beginning as I don’t want to leave it until he’s older. I’ve already purchased some books to try to explain it from the start, especially about being just him and I and needing the help of the donor to make him.

“My biggest message to him will be that I wanted him so badly that I needed help from someone special to make him. There’s also lots of support out there from counselling, websites and other groups to help guide me on this path when we do start talking about it.

“I would say to anyone thinking about it, not leave it too late. Start by just having a chat with your doctor and some initial tests, there’s no harm in that. Also, if you do want to become a solo mum by choice, then you are stronger than you think.

“There will never be ‘the right time’ because you will never have enough money, support or security. Don’t wait because your fertility window isn’t there forever, as frustrating as that is.

“Right now, I just want to meet my little man and start my new journey as a mum.”

This Nurse Makes TikTok Videos To Educate People On Coronavirus