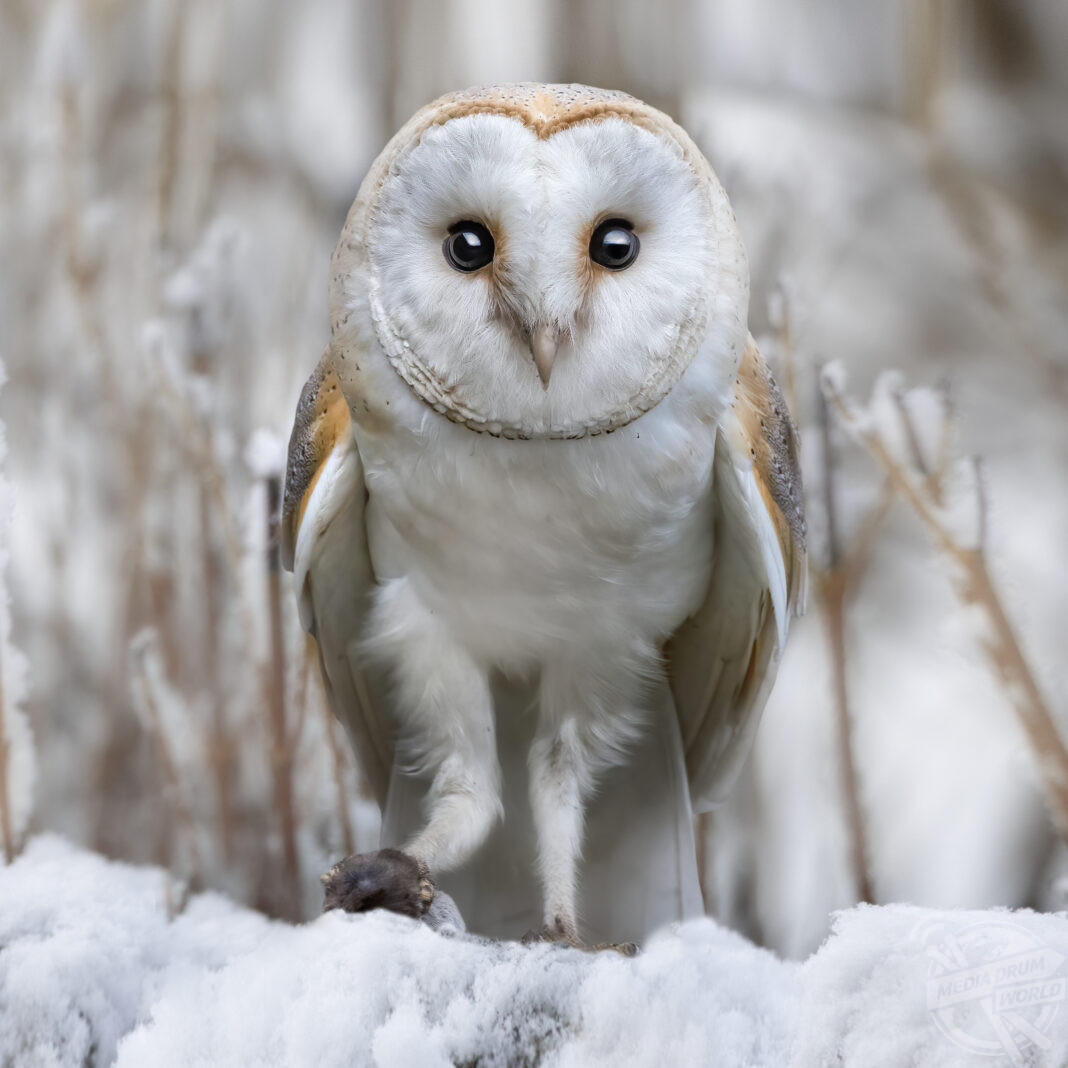 THESE STUNNING images taken on last Friday 20th January show a Yorkshire barn owl darting in and out of the falling snow.

One image shows a beautiful close-up of the barn owl as it soars through the snow.

Another image shows the barn owl staring intently at the photographer as it poses for a portrait.

Barn Owls are the most widely distributed species of owl in the world and can grow up to 15 inches in length, with a wing span of 37 inches.

These incredible shots were taken by professional photographer David Driver in Haworth, West Yorkshire from eight feet away.

“Battling the cold last night was rewarded with my first flyover of the year as this beauty dodged the light snowflakes as he was hunting over the dry stone walls,” said David.

“I saw him catch two which was good to see and great to know they are still feeding despite the bad weather.

“The flight shots were from about 45 feet to eight feet away. He flew so close over my head that I lost focus at eight feet with the lens I was using, but still never heard a thing as they are totally silent in flight.

“It would be good to draw attention to the struggle these owls have over winter when a large number don’t survive.”

A Guide To A Successful Office Fit-Out: The Do’s And Don’ts