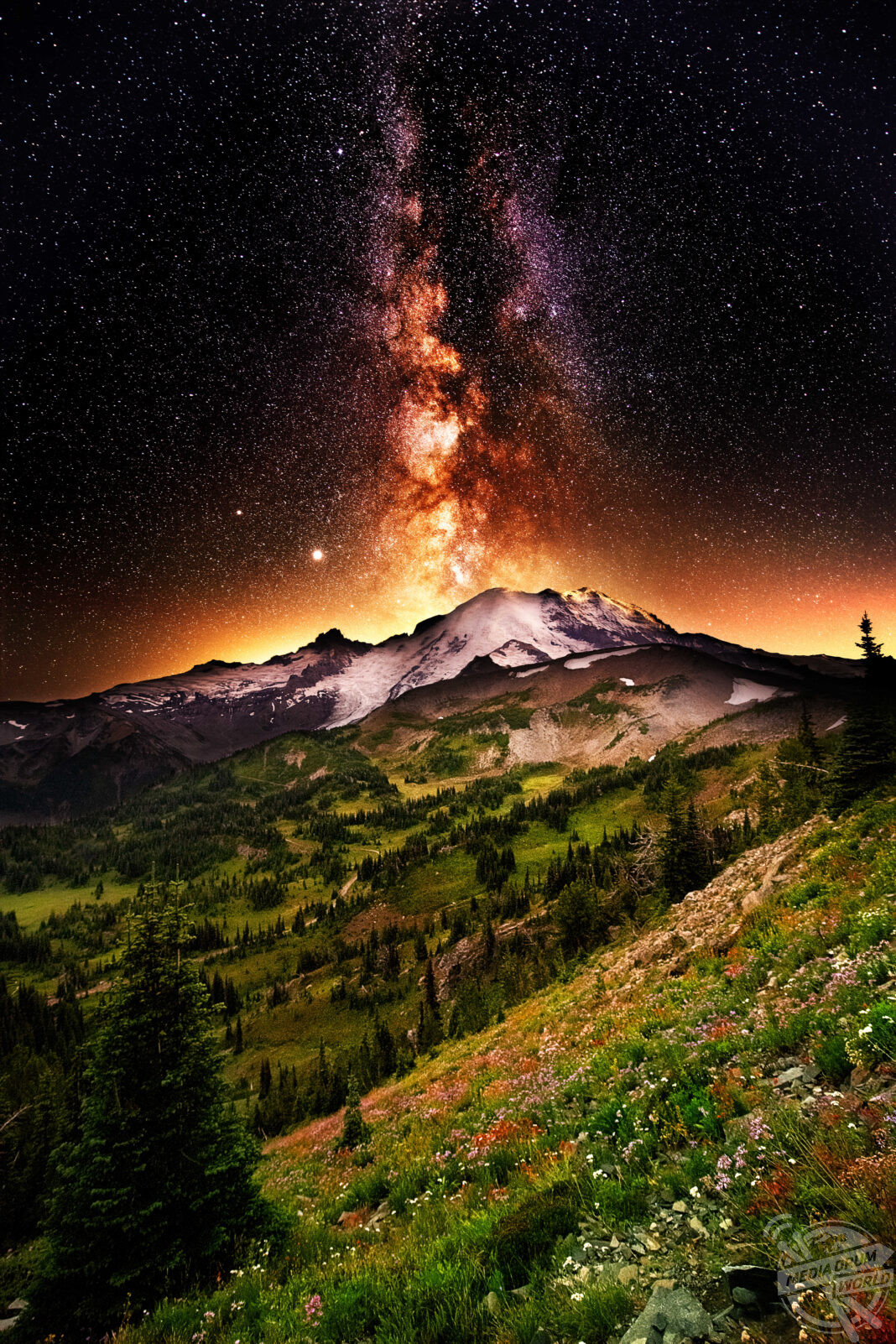 One stunning image shows Mount Rainier with the incredible backdrop of the Milky Way appearing to erupt like lava from a volcano.

Another image shows the exposed lakebed of Lake Powell in Utah which has not been seen for over 60 years. In the background, the Milky Way lights up the night sky.

Mount Rainer is actually considered one of the most dangerous volcanoes in the world due to the high probability of eruption and its proximity to a major city which is why it was chosen for this amazingly composed picture. It is located in Washington State, only 59 miles from Seattle.

The Milky Way is estimated to contain 100 to 400 billion stars and planets, with the oldest stars being nearly as old as the universe itself.

These images were captured by software engineer and photographer Kat Zhou (29) all over America using a Nikon D850 camera.

“On clear summer nights, when conditions align just right, the volcano erupts in a much different way,” said Kat.

“To take these photos of Mount Rainier, I spent some time scoping out photography spots during the day by hiking around the trails around Mount Rainier.

“After I found a spot I was happy with, I wrote down where the spot was and what time the milky way would align vertically with the top of the volcano.

“Though I’ve been fascinated by how cameras can capture the night sky for years, I started actually learning techniques for milky way photography in 2020.

“Since then, I try to do a few trips to capture the night sky in different locations every year.”