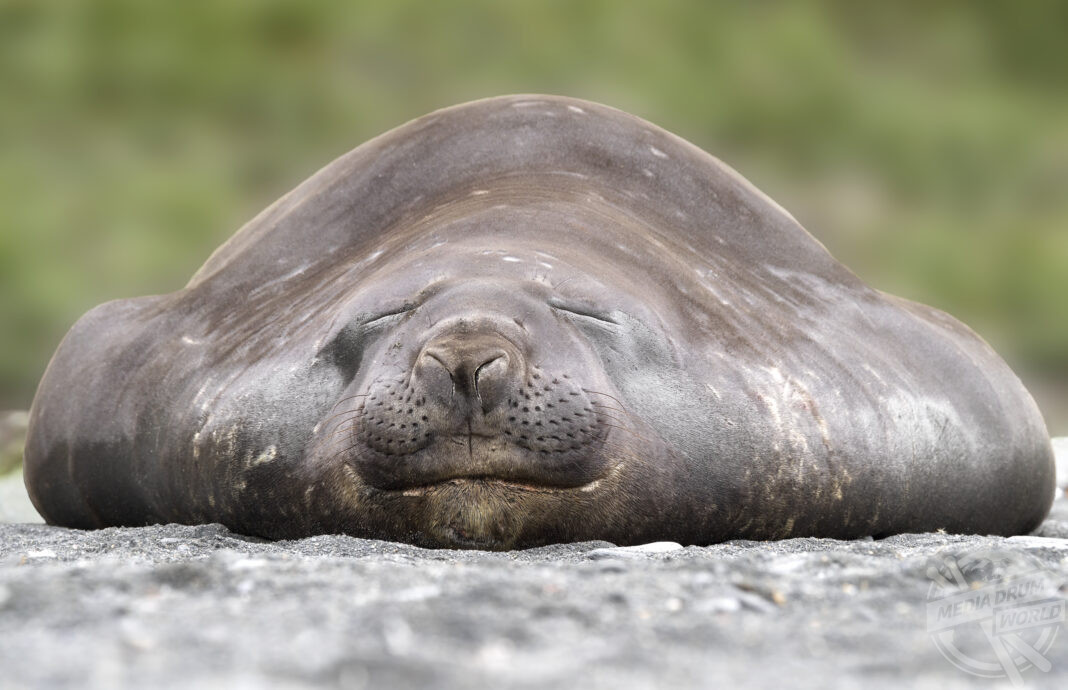 FUNNY images of a seal that appears to be slowly deflating have been captured in the British territory of South Georgia Island in the South Atlantic.

Images show the female elephant seal relaxing on the beach and dozing off.

One of the images shows the seal lying flatly on the beach and funnily looks like it has been deflated.

All elephant seals spend one month a year on land to moult in which they shed all of their fur along with the underlying layer of skin.

“This female seal had obviously had a pretty good fishing trip,” said Dale.

“She was now so stuffed that she was having a bit of a problem with gravity.

“Elephant seals haul themselves out of the ocean to relax and moult.

“I am often on the lookout for humorous situations in nature and this is one such incident.”

Eight Years After Discovering A Lump In Her Breast, This Young...