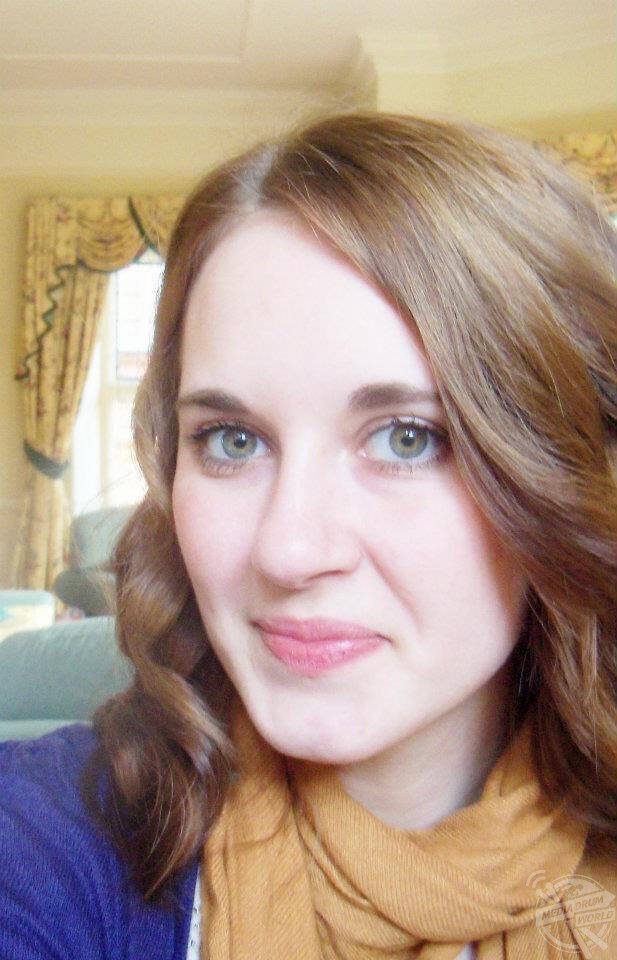 THIS WOMAN spent years terrified she was possessed by ghosts after suffering from memory loss and finding messages around her home—only to discover that the ‘ghosts’ were her TWENTY other ‘personalities’ or ‘alters’.

She began suffering from blackouts, dissociative episodes, and hearing terrifying voices in her head at around aged 9 and started self-harming when she was just 11 years old.

She would wake up with strange injuries that she had no recollection of, or in places that she didn’t remember going to.

After years of being incorrectly told that she had paranoid schizophrenia and emotionally unstable personality disorder, Emma was officially diagnosed with Dissociative Identity Disorder in April 2021 when she was 31.

Dissociative Identity Disorder (DID) and formally known as “Multiple Personality Disorder”, is a dissociative disorder that stems from severe or repeated trauma in children.

The mind essentially dissociates in order to protect itself from emotions that are too painful to process.

Dissociative barriers prevent the formation of a single, cohesive personality, leading to distinct fragments or ‘alters’ existing in a single body.

“Before Dissociative Identity Disorder was suggested to me, I was terrified I was being haunted or possessed,” Emma said.

“I would come home to find written notes in my bedroom or that someone had ripped up my posters or cut up my clothes.

“I would lose large amounts of time and had no idea what I’d done.

“Sometimes I would come to in strange places and have no idea how I got there.

“I have come back from blackouts fully clothed in the sea in Brighton or in hospital with chemical burns. I was absolutely terrified.

“I have permanent scars and injuries from incidents that I have no recollection of.

“I didn’t know that during some of the blackouts, the other ‘personalities’, ‘alters’ or ‘parts’ would take over.

“These parts often hold the pain from traumatic memories and are very distressed or confused.

“They may be desperate to make their pain end or be so caught up in flashbacks that they don’t realise that a lot of time has passed and they are in a 32-year-old body.

“Over time, the parts started to communicate with a therapist and now my wife.

“I am currently aware of twenty different alters in total and we are learning healthier and more harmonious ways to live together, rather than resorting to self-destructive behaviours such as cutting or burning the body.

“Therapy focuses on helping build communication between all the different personality states, breaking down the dissociative barriers the mind has built, processing the memories and emotions or beliefs surrounding the trauma until all the parts can come together as either a happy multiple or one fused personality.”

Because of the nature of DID, Emma’s ‘alters’ are different ages and have different personalities.

One of Emma’s ‘alters’ is an eight year old girl named Lavender.

“She holds a lot of traumatic memories,” Emma said.

“She doesn’t speak because she is terrified bad things will happen if she does. She communicates through drawing, writing and small amounts of sign language.

“Theadora is an unknown age. She holds a lot of anger and is very traumatised. She is one of the main alters that harms the body.

“They are what we call helper parts. They help with communicating with other parts in therapy and soothing them when distressed.

“They help with day to day organisation, making sure I get to appointments and commitments as well as helping to keep the body safe.

“Clover, age unknown, is terrified of being recognised by people that have hurt us in the past so will regularly change our hair or outward appearance in some way to keep us ‘undetectable’.

“She has cut off all my hair in the past which I’ve found really distressing.”

Emma also suffers from Complex Post-traumatic Stress Disorder (CPTSD) which encompasses the symptoms of PTSD such as flashbacks and intense feelings of fear and anxiety but also affects relationships and how the sufferer relates to themselves.

“I was officially diagnosed with DID and CPTSD in April 2021 but it was first suggested to me by a therapist when I was 19 in 2009,” Emma said.

“I had been suffering from blackouts, dissociative episodes, severe depression, horrible nightmares and distressing voices in my head.

“I started self-harming when I was 11 years old in 2001 to cope but I was becoming increasingly suicidal. I was relieved to receive my diagnosis after years of being misdiagnosed.

“It helps me to better understand myself and the distressing symptoms I have experienced most of my life.”

“The mental health system in the UK is crumbling,” Emma said.

“There is very little money being put into treatments and community care for people with long-term mental health conditions.

“Receiving the appropriate therapy, particularly for trauma disorders, is a massive struggle and most people spend years on waiting lists or having to resort to paying privately for treatment.

“I was discharged from the mental health services back to my GP because the NHS couldn’t provide the type of treatment I needed.

“I use my savings and the inheritance my dad left me to pay for private therapy and now I’m receiving specialised treatment with therapists that are experienced with treating my condition.

“It’s been a hard fight and it’s involved a lot of my young adult life being lost in the mental health system and fearing I would never have a proper life or happy future.

Emma has also faced terrible discrimination in the wake of her diagnosis.

“I have received comments and messages telling me that DID doesn’t exist, that I’m making it up or attention seeking,” Emma said.

“It’s incredibly difficult not to internalise these types of comments.

“Most media that cover DID, either portray people with this disorder as dangerous or extremely chaotic, rapidly switching between wildly different characters wearing their own clothes, speaking in multiple accents and being very overtly different to everyone around them.

“We are no more dangerous than anyone else. DID and CPTSD, like all mental illnesses, make you a vulnerable person and more likely to be the victim of crime and abuse than the perpetrator.

“Real-life DID is a lot more boring, the differences between alters are generally quite subtle and most people probably wouldn’t notice switches unless they know to look out for them.”

Thankfully, Emma has a wonderful support system in the form of her friends and family.

“My proudest achievement was becoming mentally and physically well enough to go through IVF and giving birth to my beautiful daughter.

“She is my whole world, and she brings me deep and true happiness.

“My wife is incredibly supportive. She has been there for me through thick and thin. I am incredibly lucky to have her.

“I have been more open about my condition and how it affects my life over the last couple of years and the reaction from my close friends has been amazing. It has helped me to feel less alone.

“They are always willing to learn more in order to support me or understand me better. I’m really grateful.”

“We’re just normal people. Normal people that unfortunately had to endure abuse or trauma inflicted on us from a young age and we’re trying to cope with the result of this. We’re not dangerous, we are hurt, and we want to heal.”

Beast Bears All as This Black Bear Was Found With a...