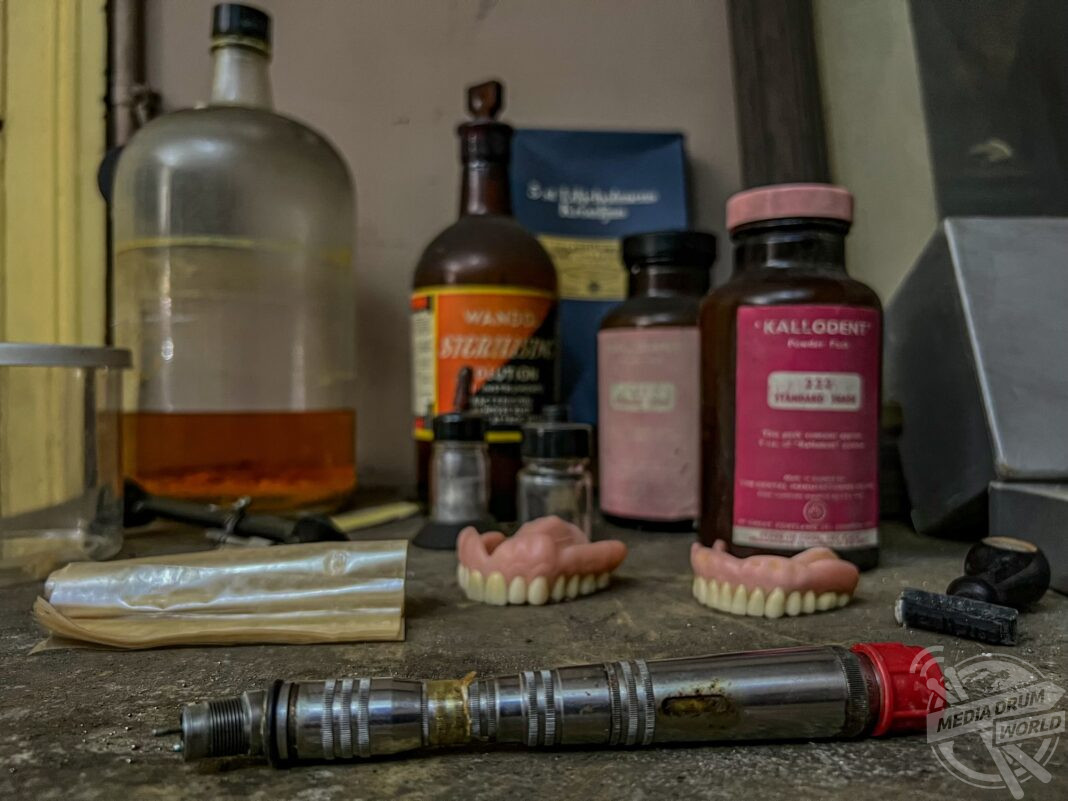 AN URBAN explorer made the chilling discovery of a lost dental practice left untouched since the 1980’s in the heart of one of the capital’s most affluent and star-studded suburbs.

Pictures and videos show Ben making his way around the basement that has boxes full of dentures, scattered broken dentures around the place, rolls of bandages, an empty patient seat, old seals and compounds used for fixing teeth, boxes with names on them- possibly full of patients’ files among other things.

When explorer Ben James (32) was walking around Primrose Hill on one of his exploring sprees, he caught sight of this dusty old home standing alone on the embankment next to a local park. 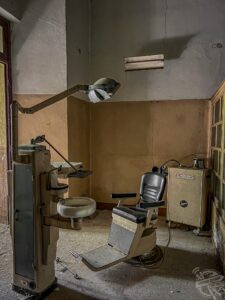 On talking to the neighbours, he discovered that this home had been empty for decades. The owner of the house had died in the 1980s.

To his shock, he found out that the neighbours had a key to the house.

When he entered the empty house, he found out that the rooms had been completely gutted. There was no sign of life.

However, on pressing further, he wandered into the basement, which turned out to be an old dental practice. He filmed everything on his phone.

“It felt, literally, like stepping into a museum that had been hidden away from the public view for more than 20 years.” said an ecstatic James

“Seeing all the old dentistry records, paperwork and tooth molds with peoples’ names on, I wondered where these people were and if they were still alive. 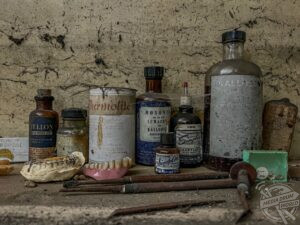 “The instruments and things all showed signs of a really old dental practice.

“The paperwork that I found in the dental practice dated between 1979-1986.

“Everything from the patient chair to the dusty dentures had an air of abandonment.

“It was very clear that the practice had been left in a hurry, untouched.”

Ben is an explorer who uses maps and the internet to discover new, hidden and abandoned places.