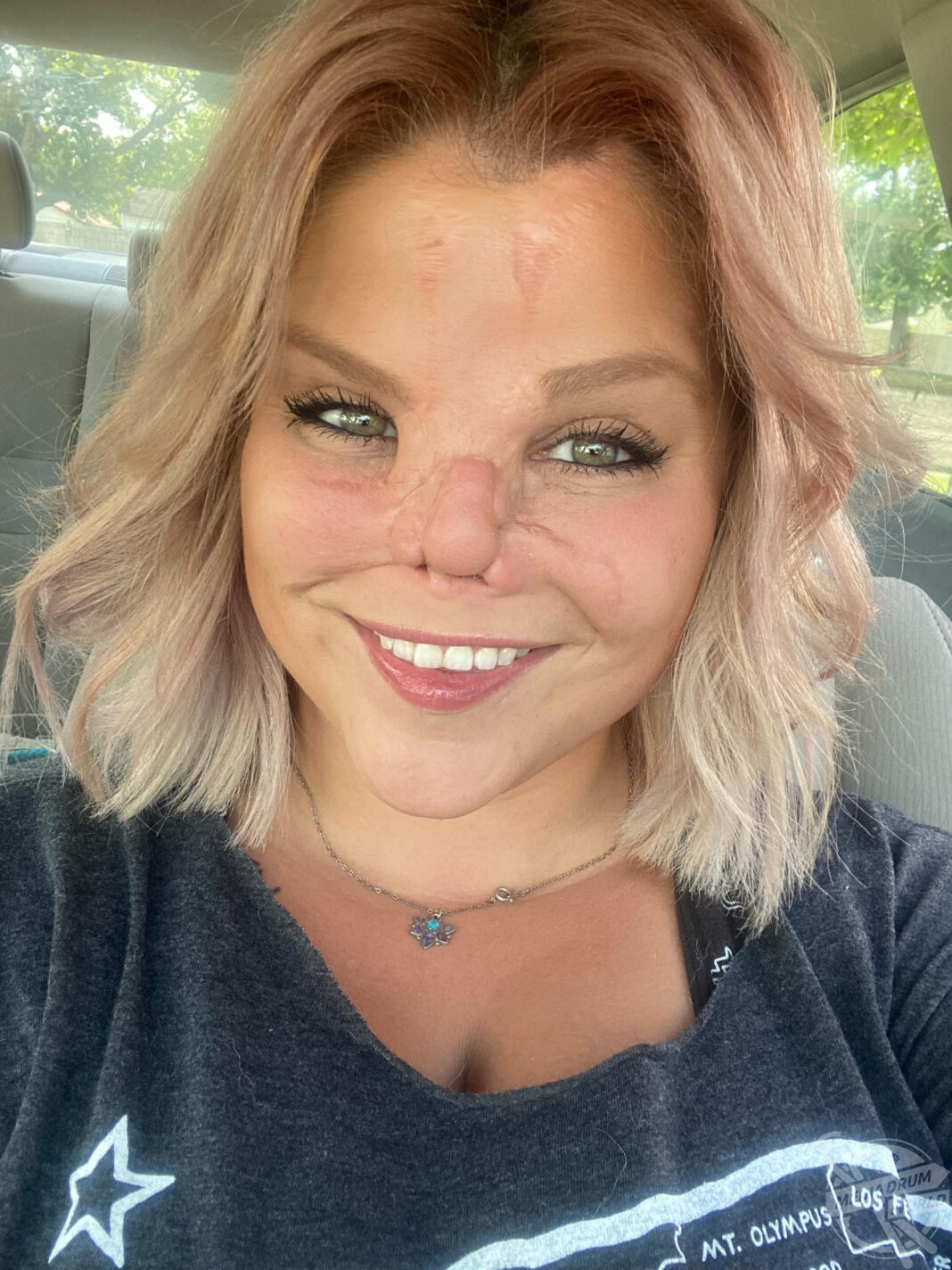 THIS BRAVE dog lover broke down in tears when she saw her reflection after a pitbull BIT HER NOSE OFF in an unprovoked attack – but she says she still loves dogs.

Gabrielle Myers (31) from Indiana, USA, grew up surrounded by animals, from cats and dogs to reptiles and birds. Living in and out of foster care until the age of nine, she found that she could bond with animals more than she could with people.

On June 11, 2017, she went to a house party at a friend’s house expecting it to be like any other night out. Her friend had two dogs and as she was preparing to leave the party, she went into the bathroom and was greeted by the newer of the two dogs Cane, a two year old American Pitbull Terrier Mix.

As Cane excitedly jumped up to play with Gabrielle, her friend’s older dog Clyde, a five year old American Pitbull Terrier mix, decided he also wanted attention and Gabrielle invited him to jump up and play with her too.

However, instead of jumping up to play with her, Clyde jumped up and bit her in the face. With no idea why he’d bitten her and not expecting it at all, Gabrielle covered her face with her hands and discovered that her nose had been bitten clean off.

She was taken by ambulance to the White Memorial Hospital in White County, Indiana, and then transferred by helicopter to St Vincent’s Hospital in Indianapolis, Indiana.

Following a seven hour surgery, she was put into a medically induced coma for two days.

It wasn’t until she was leaving the hospital after seven days that they allowed her to see her face in a mirror without dressings. Looking at herself, she felt scared and couldn’t speak – unable to recognise herself, she stood and cried.

During her recovery, her mental health took a turn for the worse and she would sit and contemplate taking a handful of pills or driving her car off a bridge.

Thankfully, she started going to therapy and on her therapist’s advice started a hair and makeup internship which gave her the confidence and outlet she needed.

Despite her new found confidence, the comments she receives from other people can still be hurtful. At the start of her recovery process, people told her she ‘looked disgusting’ and asked ‘why would she come out looking like that’ – once she even heard someone saying ‘if she were in my country, we would stone her’.

She says the question that hurts the most is ‘what’s wrong with your face?’ – she often takes the opportunity to educate people and replies with ‘there’s nothing wrong with my face, something happened and you can ask in a different way.’

Now, as a result of her TikTok popularity and ongoing determination to not let her injuries change her life, Gabrielle says she feels more confident because more people know her and her story.

Holiday Like A Royal At These Locations That Are Rumoured To...