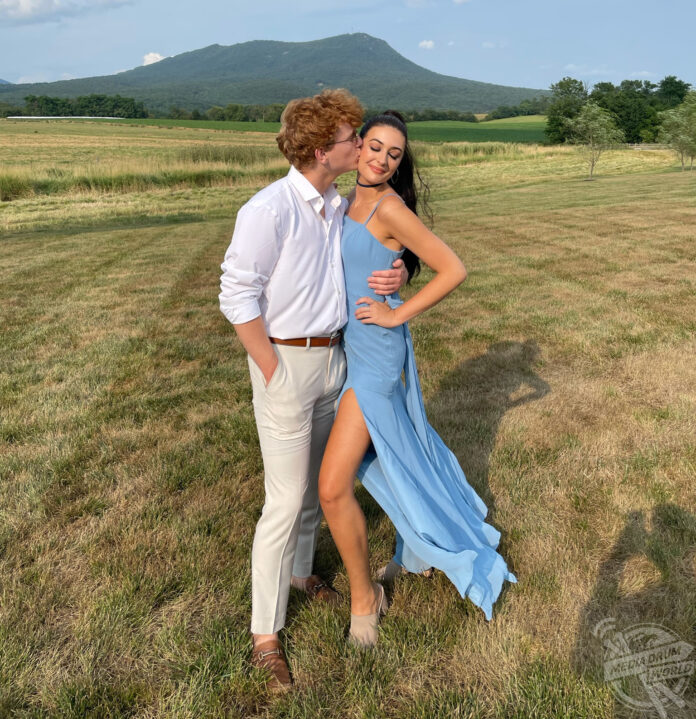 THIS WOMAN’S religious upbringing left her vagina too tight to have sex, but she is now
“thrilled” to advise OTHER WOMEN’S BOYFRIENDS on how to deal with the condition.
Bailey Krawczyk (22), a videographer from Alexandria, VA, USA, began to sense that
something was different about her at the age of 13.
As her and her friends entered puberty and started their periods, Bailey noticed that she
was the only one who seemed to be unable to use tampons.
She quickly decided that the reason was because her body was still growing – until, at the
age of 21, she was still unable to insert tampons, as it would cause her to suffer intense
pain.

Bailey sought medical advice in 2020, when she was diagnosed with vaginismus.
A common, but underdiagnosed condition, vaginismus is believed to affect between 5-17%
of women worldwide.

Vaginismus forces the vaginal muscles to tighten up when confronted with penetration,
causing searing pain during sex or when inserting tampons.
Luckily, through a combination of pelvic floor exercises, vaginal dilators, and psychotherapy, vaginismus can be cured – but Bailey found the process daunting.
As Bailey began the journey to work on her vaginismus, she was shocked to realise that her devout Christian upbringing, combined with common myths about sex for women, had led to her development of the condition.

Growing up in a very religious family, Bailey had associated sex with sin from a young age,
leading to an unconscious fear of penetration.
In addition to this, she had distinct memories of being told that ‘you’ll bleed the first time
you have sex’ or to ‘have a glass of wine before your first time,’ which only added to the
mental stress.

Despite the work required to cure the condition, Bailey is determined to regain control of
her body and is supported completely by her long-term partner, Josiah (22).
Bailey now shares information about her condition online, hoping to normalise the
condition and raise awareness to ensure that women know that they don’t have to tolerate
pain during sex.

She has received hundreds of messages from women on Instagram, who have suffered with vaginismus for years without even knowing what it was.
Men often message her too – but for heart-warming reasons. Bailey often receives
messages from men who have partners suffering from the condition, looking for ways to
help support their girlfriends and wives.

Bailey is thrilled with the support and hopes for more open discussion about women’s
sexual pleasure and reproductive systems, so no one has to suffer in silence.

“I first tried to put a tampon in when I was in eighth grade, but I could never do it,” Bailey
said.

“I wrote that off as being because my body wasn’t fully developed, so I just stayed away
from tampons for a long time.

“It was probably at twenty-one when I started to revaluate why I couldn’t use a tampon.
Something wasn’t adding up because all my girlfriends could use them with no issue at all,
but I can’t.

“In December 2020, I went to my OBGYN, who sent me to a pelvic floor therapist, and I was diagnosed with vaginismus.

“Vaginismus is a condition that is related to mental stress and traumas, so it’s a tricky
condition to work through.

“It’s not only a taxing physical condition, but it’s very hard mentally. It affects more than
whether or not you can put a tampon in – it could very well affect your relationships, your
ability to have children, or even just to have sex and pleasure with penetration.

“Up until then, I was living in ignorance, and I’d just found out that I had an actual condition that was going to take therapy and working through trauma.

“It was daunting. My pelvic floor therapist told me that working through vaginismus ‘is a
marathon, not a sprint.’

“I developed it from toxic purity culture – I grew up in a strict religious environment, where I associated sex with sin and pain.

“I also remember being taught in school that sex was going to be painful, or even being told by older women to just ‘loosen up and have a glass of wine beforehand.’

“I count myself really blessed that I have a partner that is so supportive. He’s here to work
through it with me and communicate with me.

“Our relationship isn’t based on my ability to have penetrative sex. Sex doesn’t just have to
be penetrative.

“That’s been a huge part of helping me to overcome my condition.

“At the beginning of my sessions I could not insert a tampon and about two months and I
was already seeing major progress in moving up dilator sizes.

“Having a therapist to explain and help you understand your condition is extremely helpful.”

Frustrated by the lack of knowledge or awareness about vaginismus and women’s health,
Bailey decided to share her journey on social media – and has been inspired by the results.

“After going through a few of my therapy sessions, learning more about the condition and
what causes it, and seeing how little it was being talked about, I made it my mission to start raising awareness,” said Bailey. 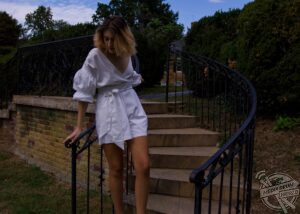 “The biggest frustration for me is that a lot of people don’t know that vaginismus exists. So
many women have reached out to me who are experiencing pain and I’m the only one
who’s been able to give them information.

“Even when they go to the doctor, they’re often misdiagnosed and not actually given proper
help.

“It’s really frustrating that women are feeling shame about their vaginas, thinking that
something’s wrong with their body and that’s just not true.

“I’m frustrated at how little it’s talked about and how often women are misdiagnosed and
told to get over the pain.

“Women shouldn’t have to suffer through sex. This is something that is completely curable.
“In some cases, it takes longer, for some, it’s shorter. It could take therapy to get over
assault or shame, pelvic floor exercises or dilators – you can even have Botox injections to
relax the vaginal muscles.

“I just want women to know that they don’t have to live like this.”

Historic Images of Workers Who Had Jobs That Have Become Obsolete...