EMOTIONAL colourised pictures reveal just how much was sacrificed by troops during the war as we come together to remember them on November 11. 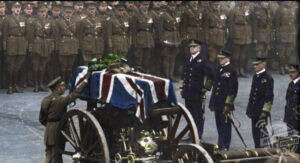 One of the images, from Armistice Day in 1918, showed dozens of soldiers lined up to get on a truck to take them back home after their time in the trenches, rucksacks slung over their shoulders and smiles across their faces. 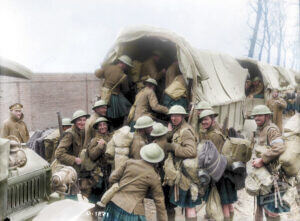 Another, more somber picture, from the same day, showed a platoon of soldiers gathered around a Union Flag on a mound of dirt, remembering all of the troops they had lost. 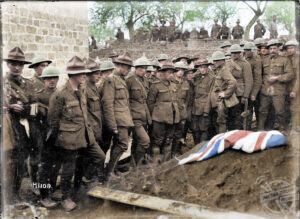 The images were colourised by electrician Royston Leonard (55) from Cardiff, Wales, who poured his time into bringing these moments of victory and loss to life. 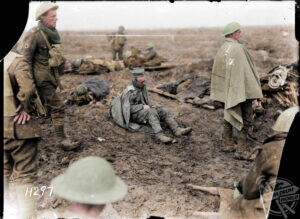 Other images recoloured by Royston show jubilant crowds in New York celebrating the end of the war, a funeral for a fallen British soldier, and troops leaving their trenches for the last time. 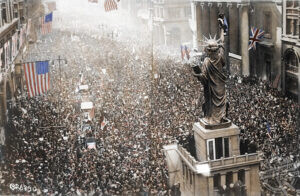 Remembrance Day is observed on 11th November, when the UK falls silent for two minutes at 11am.

Busking Seems Alive In These Fifties Photos Of Chaplin-Impersonating Performer In...