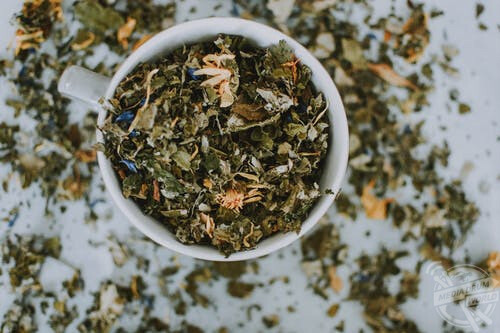 We all know that coffee is a must for morning commutes and afternoon pick-me-ups. But it turns out that you might be drinking the wrong caffeinated beverage!

Tea was first introduced to Europeans by Asian travelers in the 17th century. It is believed that tea was first consumed by Jews and Muslims during times of fasting, and it became more widespread in England by the 1700s. Since then, it has become a popular drink to have throughout the day and has been proven to be healthier for you than coffee and other drinks.

It’s true, tea is indeed healthier than coffee, so if you’re ready to swap out your daily cup of Joe for something a little more healthy, we’ve got some great alternatives below.

Why You Should Drink More Tea Instead Of Coffee

It’s hard to say which caffeinated drink is healthier than the other, but a recent study has found that tea may be better for your heart. The study followed 40,000 people and found that those who drank at least one cup of tea per day had a lower risk of cardiovascular disease.

Researchers say this is because tea contains antioxidants and flavonoids that are good for the heart, while coffee only has chlorogenic acid which can increase cholesterol levels in the blood. If you think you may drink too much herbal tea, it’s okay, as there are many varieties of tea to keep things interesting and healthy at the same time. When it comes to caffeine content, black tea typically contains more than green or white teas, so you may want to consider what type you’re drinking before making your decision on whether to opt for coffee or not. Regardless of the type of tea you drink, you should still have it in moderation, as with most things.

1. What Are The Benefits Of Tea VS Coffee?

Coffee and tea are both very popular beverages. However, if you’re trying to figure out which is healthier for you, then the answer may surprise you! Tea has been found to have more beneficial antioxidants than coffee does. These antioxidants help with your heart health in a way that coffee cannot do because it only contains chlorogenic acid.

Chlorogenic acid is linked to increased cholesterol levels in the blood, which can lead to heart disease. Antioxidants and flavonoids are what you want your body getting from its beverages! Caffeine can be addictive and coffee can sometimes even cause headaches. The caffeine in tea is less likely to be addictive than coffee and some people find that they can have fewer or no side effects with it.

If you’re looking for a substitute for your daily cup of Joe, we suggest trying iced green tea or black tea. It’s different, but just as tasty!

2. The Health Benefits Of Drinking Tea

The most important thing to know is that, while tea does contain caffeine, it also has more antioxidants than coffee. This means you can enjoy your favorite drink without any worries about what the health impacts might be!

Chai and masala chai teas are two crowd favorites because they have a lot less sugar than traditional tea but are still smooth and full of flavor.

Coconut and almond milk teas are other delicious options for those who want to cut out dairy from their diets or just need a healthier option! Coffee often has added sugars, which tea does not have. This means you’ll get more of the naturally sweet flavor without any extra sugar. If you’re keen on coffee, then you might want to opt for a black tea, which has more antioxidants than green or white teas.

3. How Much Caffeine Is In A Cup Of Tea VS A Cup Of Coffee?

Coffee has about 100 mg of caffeine per 12 ounces. Tea, on the other hand, typically only contains 30-50mg of caffeine per cup. The lower amount of caffeine in tea is because it takes longer to brew than coffee does! That means you can drink more cups of tea without getting a caffeine high or worrying too much about the negative side effects of too much caffeine. 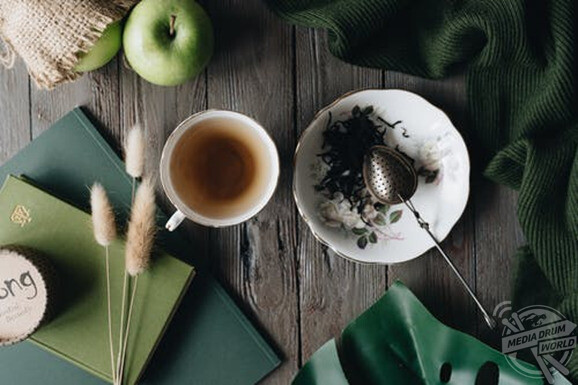 ​​Caffeine, as found in tea or coffee, is a stimulant to the brain. While it can be used for many things, like increasing productivity and concentration, it also comes with a lot of anxiety and stress. Since it’s already known that too much of anything can be bad for you, it’s important to limit yourself to one cup of coffee or two to three cups of tea per day.

A cup of white tea contains about 20 mg per 12 ounces. This is a lot less caffeine than most other types of teas, which contain more like 50-100mg per cup.

The article concludes with a few different types of caffeinated drinks that you can have to avoid the negative effects of too much caffeine. With the wide variety available, it is easier to make the switch from coffee to tea than some other habits you may have. Some are healthier than others, so it is important to consider what type of tea or coffee drinker you want to be before making your decision on which caffeinated beverage to have in the morning!

A Is For Atomic In Fascinating Photos Of British Life Around...