Media Drum World
Home Wild This Doomed Mouse Was Caught On Camera Being Dragged To Its Death... 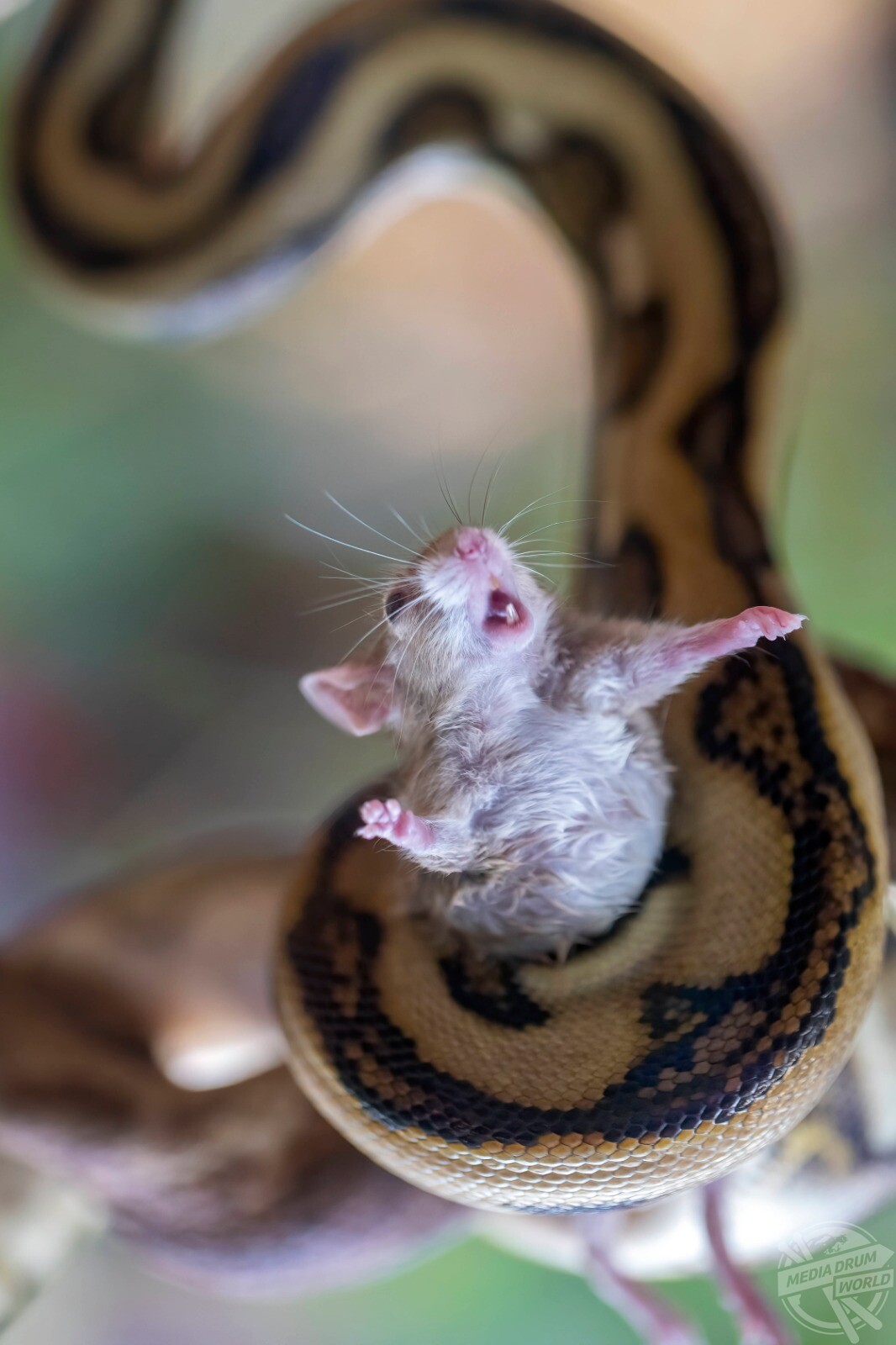 THIS IMAGE of a mouse being dragged to its death by a hungry three-foot-long python looks like it’s straight out of a horror film.

In one image, the tiny dormouse held out its arms in fright as it looked on in shock whilst the vicious retic python continued to crush its little body.

Another image captured the snake moments later as the tail of the four-inch mouse appeared out of the hungry predator’s mouth, before it swallowed the innocent mouse whole.

These heart-breaking images were shot by Dzul Dzulfikri (48) from Beksai, Indonesia, who captured the crushing kill in his back garden from just three-feet away. It took just seven minutes for the hungry predator to fully devour its tasty treat.

“I was preparing to feed my snake and as the shot is always so interesting – especially when it comes to mice – I knew I had to get my camera ready,” said Dzul.

“I dropped the mouse into its cage, where the slithery reptile slowly approached it and then suddenly used its body to catch and squeeze the mouse.

“As the mouse continued to be strangled slowly, it looked on in such fright and held out its arms in a bid to plead for mercy from its predator.

“As the snake is so fast when catching a mouse, there was no chance to escape and as it struggled to breathe, the snake moved its treat closer to its mouth.

“After five minutes, the mouse sadly passed away and the snake proceeded to eat its snack for about seven minutes until it was completely gone.

“Although I was happy and excited to have captured these shots, I felt quite sad for the mouse whilst watching it struggle in its final moments.”

Dormice are native to the United Kingdom and can reach up to seven-inches at full adult size. They are nocturnal rodents and usually hibernate from October through to April.

The retic python can grow up to 30-feet at full adult size and is native to Southeast Asia. They are known as the world’s longest snake and are one of the least endangered species of snake due to their wide distribution.

4 Important Things You Should Think About Before Buying A Horse

These Cannibalistic Crocs Were Caught Having A Feeding Frenzy

This £2.25M Manor House Was Once Owned By Mary Shelley’s Rich...