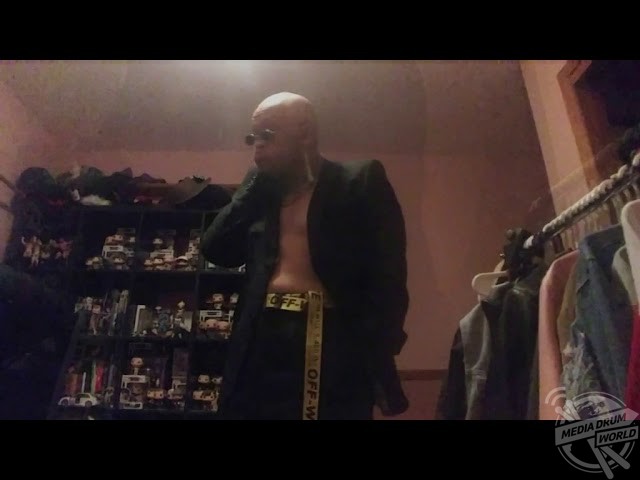 MEET THE MAN in his TWENTIES with a very RARE condition that has left him with NO TEETH and the INABILITY TO SWEAT – but after YEARS of hiding his symptoms he is finally embracing his unique appearance thanks to his newfound passion for FASHION.

Salesman, Joe Tou Voua Lee (23) from Minnesota, USA, was born with ectodermal dysplasia, a group of hereditary, non-progressive syndromes in which the affected tissue derives primarily from the ectodermal germ layer.

It means that he has no teeth and poorly functioning sweat glands that prevents him from sweating even in the hottest temperatures. Growing up, he struggled with his confidence and while he was never bullied, he would insist on hiding his mouth showing his absent teeth and use water to dab on his neck and shirt when he was in the gym to make it seem like he was sweating like everyone else.

At an early age, he hated his life due to his facial deformities and he felt his condition burdened those around him. However, when he reached his twenties, he discovered an unusual interest in professional wrestling.

Six months into his training he realised that it wasn’t for him, but it had changed his perception of himself and boosted his confidence considerably, that he stopped hiding his symptoms and decided to embrace his look by going into fashion. He began posting pictures of him on Instagram wearing various outfits and felt that the response he got was overwhelmingly positive.

He has since never looked back and continued to post pictures of himself on social media and wants to send the message that everyone should love themselves as they are.

“With ectodermal dysplasia, the general and main conditions with the genetic disorder are that we have minimal to no teeth, no sweat glands, and minimal amount hair,” Joe said.

“It made it really hard for me to make friends. I’ve never had a truly close friend that isn’t family because of it. If anything, it made me feel lonely.

“I’ve always tried my best to hide the fact that I have no teeth to everyone; I hated having the conversation that I didn’t have teeth.

“I also tried to hide that fact that I couldn’t sweat; if I was hot during gym, I would ‘fake’ wet my neck and shirt to seem like I was sweating like everyone else. Looking back, it was so stupid. I wish I was more comfortable with myself back then.

“I’ve had many different thoughts and opinions on having this disorder over the years; I can remember hating my life at an early age because I was different from everyone else.

“Having no teeth, being a burden to everyone around me because I had no sweat glands to circulate my body temperature, and having facial deformities took a huge toll on me growing up. It still does.

“By the age of twelve, I knew my life was going to go nowhere, because I looked different from everyone else, my grades were average at best.

“I wasn’t optimistic about any genuine interest, and I did not see any talent whatsoever in myself. I didn’t want to live on this world. I didn’t feel like I was from this world.

“I honestly don’t know what got me to actually pursue it in the first place. Growing up, till even now I’ve always loved wrestling.

“I guess I was just tired of sitting at home doing nothing with my life. I was really motivated to become a wrestler. I really don’t where I got the confidence to do it at all.

“Before I actually signed up, I worked my a** off, lost fifty pounds and got into the best shape of my life. When I lost the weight and joined wrestling, my life and confidence just slowly grew and grew and became a little better.

“As the confidence grew, I got my first job, finally got my driver’s license, and started to have my own thoughts and opinions.

“I realised I can literally do whatever I want if I just put the time and effort into it. Losing the weight especially, motivated this mindset.”

Joe says that his whole life was about wrestling and that it was so all-consuming, he felt he had to stop as the scene wasn’t for him.

This was when he had the confidence to explore fashion and decided to express his individuality on Instagram.

“Unfortunately, six months into the training I realised that the professional wrestling scene just wasn’t for me,” he said.

“First off, that six months that I was training, my whole life was consumed by wrestling. I became very overwhelmed by the over saturation of wrestling in my life.

“I studied wrestling, watched wrestling, talked wrestling, trained four days a week, and two to three hours a day. By the end, due many other reasons, I kind of fell out of love with it.

“I am still processing my mindset on it though; a big part of it was my introverted tendencies because of my disorder.

“Growing up, I think the disorder caused me to be very quiet and I tended to be by myself and thought to myself most of the time.

“The pro wrestling world kind of demands you to be extroverted. My anxiety just couldn’t handle that kind of environment. Today, I still enjoy watching wrestling, but I think it was the right decision to quit.

“I am very grateful for the people I met and experience I had, but I had to find another path; that path was style and fashion.

“Ever since high school I always had a weird quirky style influenced by K-pop. I’ve always wanted to showcase that style online as well, but my self-esteem and confidence issues denied that direction.

“As my style continues to evolve and change, I have gained the confidence to showcase myself, so I started posting them to Instagram.

“My style is so weird now; I love literally all styles. However, with these posts, I really hope to inspire others with my genetic disorder or anyone with any physical disorders and insecurities that they can do anything they want to do.

“The weird thing is, you always hear about how people are ‘fake’ on social media; people only see themselves in a pretty light or whatever they want people to see.

“For me, I try to express myself in the most real form on Instagram. Maybe I get too real, honestly. As I write the captions, it’s almost like a personal journal for me; kind of therapeutic.

“Just look at me, see my journey, and improve on yours. Nothing should hold you back from doing what you want.

“I just want people to be themselves and to be comfortable with themselves. Everything starts with you, so fix your mindset, and everything else will hopefully fall in place.”

After Being Bullied For Her Scars, This Musician’s Mental Health Went...