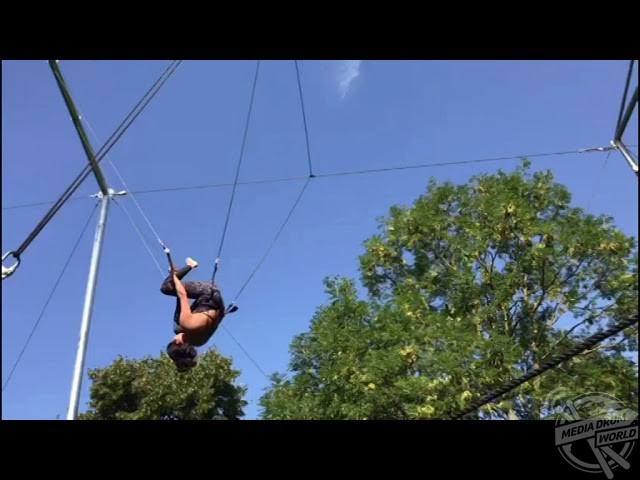 THIS WOMAN has visited FIFTY countries but admits that travelling alone in the east can be challenging for a woman and claims men there will come on to ANYONE  after having one man lay down next to her and STROKE HER CHEEK whilst another tried to FOLLOW HER HOME – but she believes being a bold ‘BADASS’ has kept her safe.

Financial analyst and writer, Anurita De (38) originally from Kanpur, India, but now living in London, UK, hadn’t travelled anywhere for the first 22 years of her life as her parents never travelled, and she focussed on her studies.

It wasn’t really until Anurita was 24 when she was sent to London for training for her job as an analyst that the world opened up to her and she spent her earnings on weekends exploring the capital city and other parts of the UK. Six months later, Anurita returned to India to study for another four years but realised that she didn’t have the same opportunities to travel there.

Four years later in 2009, she moved back to London to do her MBA at Oxford University before landing a job at the Bank of England. Anurita promised herself that she would travel to as many places as she possibly could, fitting her trips around working fulltime by using her weekends, bank holidays, holiday allowance and taking advantage of her employer’s holiday buy back scheme.

Anurita has visited an incredible 50 countries over the last ten years including, Dominican Republic, Israel, Greece, USA and Russia, and aims to visit five new countries every year as well as going back to places she has visited before but loves. When she is not travelling abroad, Anurita tries to take two weekend trips around the UK a month.

Anurita left her job last year and is now self-employed, providing financial advice to start-up businesses and last year she spent six-months away from her and husband, Dhruv, travelling her home country, India, after not having the opportunity growing up but admitted that it can be a dangerous place for women as she regularly found herself being hit on by men.

Anurita estimates that she has spent £8-10,000 on travel over the last 10 years but she doesn’t buy new furniture or fancy cars or have a television, and instead prioritises travel over eating out and materialistic items that go out of fashion.

“I am from India and for the first 22 years of my life I didn’t travel anywhere at all. I stayed in the same city and my parents didn’t travel so I didn’t go anywhere while I was studying and finishing my degree,” said Anurita.

“When I got a job, I moved out of my city and I was sent to London when I was 24 for six months to work for Goldman Sachs as an analyst. They sent me for training to London and that really opened up the world to me as I’d never been anywhere before that.

“London really changed me because I spent all the money I earned on travelling around the country, every weekend, whatever opportunity I got. My first time in London made me really thirsty for more and being back in India didn’t really give me the opportunity to travel the world. After I finished my MBA, I was like I’m going to travel like crazy.

“It’s an insatiable thirst to keep going, if I don’t see a new place for like two weeks, I’ll just start wanting to go again. I think I’ve got vagabond blood in me. If I’m not going out of the country, I’ll go to somewhere new in this country at the weekends.

“I left my fulltime job last year and I’ve been travelling like crazy for the last 10 years. When I was in my job, I would use all my weekends to travel. I’d make use of the bank holidays, we had 25 days of holiday so I’d make use of that and we had a scheme where we could buy back extra holiday, so I would always buy those extra five days to travel. That’s how I managed.

“After I left my job which had to do with my mental health, it’s been better for me for solo travel but not if I want to take my husband along. At the end of the year we are going to Costa Rica, so I have to work with his leave as well and that’s hard but otherwise I do often travel on my own.

“I’m more freelancing now, so with that sort of work even though it’s more flexible, the more holidays I take, the less I get paid which means less money for travel. It’s not as manic as it used to be having a fulltime job.

“There are people who become fulltime travel bloggers and writers and they become digital nomads but it’s not for everyone. Lots of people have a family and it’s hard. Last year, I travelled for six months in India and I was out of the country and when I came back, my husband was all over the place, he was in shreds.

“I had to take months to pick up the pieces. The house was unkempt and he hadn’t eaten properly and obviously he missed me so he wasn’t so happy about our time apart. Travel blogging is great but it’s not for everyone.

“Even though I would have liked to go down that route, and go round the world and travel and write and stuff it’s not something I can practically do. But I still want to travel and if you do want to do something you can find a way.”

Anurita posts stunning pictures from her travels at home in the UK and abroad on Instagram under the handle, @wingswheelsandwanderlust.

She isn’t afraid of travelling alone but Anurita admits that whilst on her six-month trip to India she had some experiences where she didn’t feel safe but says that travel has allowed her to grow as a person.

“India was a great experience but at the same time I did experience some things that I feared as well. The hotel manager tried to hit on me in a hotel in Rajasthan, I put the camera on the roof on a tripod and I was on a veranda and I was lying on the floor there trying to take pictures and then a man lay down next to me and started stroking my cheek,” she said.

“It doesn’t matter who that woman is, they’ll still try to hit on them. They think it’s ok for them to hit on me, it’s definitely not in the western world. There were these shocking instances but I’m glad for them because I always wanted to travel India on my own and I had a lot of fantastic experiences and I did it for six months.

“In terms of advice, how to do solo travel, it’s very important to be safe. This one time, a man was following me whilst I was waiting for an uber and so I phoned my friend and described the man and asked them to connect me to the police and I spoke really loudly and he just ran away.

“You have to be really bold; you have to be able to scare people. Don’t be intimidated, be very badass and try to scare them if they scare you.

“Other places I’ve travelled to have been in the western world and it’s been just fine. Whatever part of the world you’re in, men will try to talk to you if you are alone but in other places it’s different to in India and you can say no and ask for your space and it’s fine.

“The best thing about this lifestyle is freedom. I think it’s just liberating to be wherever you want whenever you want. I see it as me becoming a richer person. I’m gaining so much in travel, culture and knowledge, I meet so many new people, it just makes me feel like a more well-rounded person overall.

“I think it helps me in my work as well because I can bring so much more to the table when I’m meeting new people.”

Finally, Anurita warned that people should want to travel to be able to experience something new, not to just to make their Instagram feeds look pretty, she shared her top tips.

“Travelling isn’t just about taking a flight or staying in a posh hotel. It’s not about Instagram and wearing that flowy dress or that hat, it’s not. It’s about the feeling you get when you encounter something new and it gives you a new dimension, a new experience and that could happen in this country,” she said.

“I’m just a person with a passion for travel. I don’t spend my money on a new car or new furniture, I have a second-hand sofa that’s been with me forever and no TV at home.

“Don’t eat out. Don’t buy ‘things’ for your home or for yourself. You will eventually stop appreciating them. Travel is something that will remain alive in your memory.

“Try to fly with the same airlines to accumulate points, be open to staying in camping sites and homestays. I don’t do hostels anymore as I’m too old for that but that is also a budget friendly option.

“Staying with friends and being open to offer your home for others to stay makes travel cheaper and also more fun.

“Don’t waste money on souvenirs. I have almost immediately forgotten the souvenirs I brought home each time I got them.

“Buy flights six to 12 months in advance. Planning your travel year saves a lot of money. Most airlines give big discounts on flights in January. We bought tickets for Costa Rica this coming December in last January.

“Beauty is all around you if you just get out of your little world.”