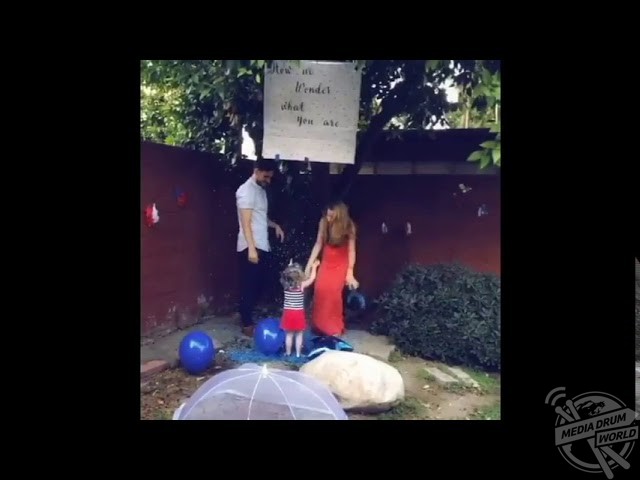 AFTER moving to LA at nineteen this woman was living the dream and even partying with Hugh Hefner at his Playboy mansion before falling into a downward spiral of alcohol addiction where she began drinking vodka TWENTY-FOURS HOUR A DAY – eventually leading to her laying in the same spot for OVER A MONTH where she drank until the ACID IN HER URINE began eating away at her skin and her organs started to fail.

Recovery coach and author, Jessica Landon (37) from Rancho Cucamonga, California, USA, moved to LA when she was 19 with dreams of becoming an actress and she forged a successful modelling and acting career where she appeared on Nickelodeon, NBC, Comedy Central and featured in Playboy and Perfect 10.

At the time, Jessica thought she was living the dream and she regularly hung out and partied at the Playboy mansion with Hugh Hefner. But behind her smiles, Jessica felt empty, anxious and ashamed which stemmed from being molested by a babysitter when she was five years old. She started to seek solace in alcohol as it made her feel comfortable and forget her pain.

By 26, she was a ‘twenty-four hour a day vodka drinker’ and would always ensure she had a water bottle filled with vodka with her, during this time Jessica was regularly vomiting blood and knew that she couldn’t carry on living like this.

She tried to get sober and after going through nine treatment centres she had been eight months sober before a relapse at the start of 2013 where she found herself homeless, living in a stranger’s attic where all she lived off was vodka. One day, weak and frail, Jessica tripped over the stair rail, landing on her head which resulted in a brain haemorrhage, her face started to droop, she was paralysed on one side and her speech was slurred. In hospital, a CT scan revealed she had a baseball sized brain haemorrhage that needed to be drained.

After recovering from her brain injury, Jessica relapsed again and was admitted to hospital in January 2014 with a blood staph infection and her organs failing after spending a month lying in her own filth and the acid in her urine ate away at her skin. At 5st 8lb, Jessica was kept in hospital for over a month to safely detox and regain her strength before going home with her parents.

Jessica’s addiction became unbearable for her and she’s been sober since January 3, 2014, she’s now a healthy 7st 7lb, and has a new appreciation for life. She works as a recovery coach, helping people to get sober and maintain sobriety and has recently written her memoir, Human on Fire all about her life and recovery from alcoholism. She and her partner, Matthew are expecting their first child together in December 2019.

“I was an ‘in the closet’ drinker (sometimes literally) from the very start, rarely drinking in public or at parties but rather surreptitiously. Liquor was the magic medication I had been searching for, the only thing that could relieve me from my anxiety/panic and shame I felt on the inside,” she said.

“I moved to LA when I was 19 years old. I was modelling and acting and hanging out a lot at the Playboy mansion. At the time I thought I was living my dream. However, there was always an emptiness, and now looking back I see that I was perpetually trying to fill that void with things like alcohol, love, food.

“‘You only live once’ was my motto. Which was more of a justification for not taking care of myself or my health. When I was really young I was molested by a babysitter which led to a lot of guilt and shame. I, (as a lot of children do) felt that I did something to cause it and that it was somehow my fault which I think contributed to my addiction/punitive self-destruction.

“By the time I was 26 years old I was a 24-hour-a-day vodka drinker. I’d pass out at night and wake up in a panic, shaking violently, so I kept vodka in a water bottle next to my bed to chug if I accidentally slept too long and hit withdrawals. I was vomiting blood on a regular basis. It became a living hell.

“At that point I knew I couldn’t continue living like this or I would die but I also knew I would die trying to come off of it alone (without a medical detox). I had created my own prison. Nobody in my life knew how bad it was, I was afraid to get honest about the severity of my drinking so I kept it a secret for a very long time.

“I had relapsed in the beginning of 2013 after being sober for eight months. At this point I had been through nine different treatment and rehab centres. I met a woman that let me stay in her attic temporarily, I stayed in the attic drinking 24 hours a day. I had become so weak and frail from living on strictly vodka for so long I ended up falling over the railing of a staircase and landed on my head, resulting in a massive brain haemorrhage.

“I slowly started to become paralysed on one side, my face started drooping and my speech was slurred. When I went to the hospital, they did a CT scan and discovered a haemorrhage the size of an oblong baseball in the centre of my brain. They needed to surgically drain it before there was permanent damage. They had to detox me from the alcohol first because my blood was too thin to do surgery right away.

“Five days into the detox I started having consecutive seizures so they went in for emergency brain surgery. They had warned my parents that I may not come out the same, that my personality may be different. Which I think terrified them. I was transferred to the Acute Rehab Facility and recovered miraculously. They told us it would probably be a few months before I gained my strength and mental clarity back but in only two weeks I was almost completely recovered.”

Just two months after recovering from her brain injury, Jessica relapsed again and this time her return to alcohol was even more life-threatening than before. She’d spent a month in prison for accruing several warrants; one was not showing up to court for a previous felony, DUI she was on probation for, she had numerous public intoxications and petty theft charges from stealing vodka from grocery stores.  and when she was released she was homeless again but found someone who said she could sleep on their floor.

“I lay on his floor and nearly drank myself to death. I was incapable of getting up to use the restroom because I was too weak and atrophied, so I laid there urinating and defecating on myself for over a month in one spot,” explained Jessica.

“The acid from my urine was eating away my skin on my hips and tailbone which ultimately caused a blood staph infection. I knew I was dying rapidly and became desperate. I called an ex and begged for help. By the grace of God he showed up the next morning with an ambulance.

“When I went to the hospital my blood alcohol content was 0.533%. All my organs were failing, I had atrophied down to 78lb and needed two immediate blood transfusions. I was in ICU for 16 days. It was touch and go.

“Thankfully the hospital kept me for over a month and I was able to safely detox and regain my strength, learn how to walk again with physical therapy before going home with my parents.

“I hit my personal ‘bottom’ when the memory of pain from my addiction to alcohol finally eclipsed the memory of pleasure. That’s the best way to describe it for me. That is when the shift happened. It took a long time to physically recover, which I think was a blessing. The memory of pain stayed fresh in my mind and I did not want to go back to where I was. I was so grateful to have my health back.

“My family is just so grateful I survived and am able to impact the lives of others with my experiences. My parents have been able to help a lot of families that are or who have dealt with alcoholism/addiction in their own family. I think it has helped them process it all on an even deeper level.”

Jessica isn’t proud of her past, but she now helps guide others through alcohol addiction and thinks that alcohol consumption shouldn’t be glamourized.

“I’m not proud of my past, in fact I’m quite embarrassed and ashamed of the kind of life I once lived. Everyday young girls move to LA searching for a glitzy and glamourous life in Hollywood thinking they will be happier, more fulfilled and/or achieve success. Unfortunately, the reality is that Hollywood is full of spiritually starved, insecure and lost human beings on a perpetual search for ‘more’ paradoxically leading to feeling like ‘less’ of a person,” she said.

“Helping others is profoundly rewarding and it creates a sense of belonging which I think is healthy for the soul. I think sharing our stories with each other is very powerful and healing. Being broken down and cracked open (in whatever way) is such a blessing because the world needs people to be open.

“Alcohol is ubiquitous and yet it kills more people annually than all other drugs combined. To me it is a true socio-cultural malignancy. The way it is advertised and glorified everywhere should be banned or at least limited.

“Self-worth does not come from attention, money or things; it can only build on actions of love and service to others. As long as you have life, you have hope. No matter how bad it is or how low you think you are, it is always possible to turn it all around. If I can get sober anyone can.”

Jessica shares her story on her blog, www.humanonfire.com and on Instagram under the handle, @jessicalandon12

Woman Branded A Barbie Fights Back By Becoming A Marine

The Unarmed Soldiers That Risked Everything To Rescue The Wounded In...