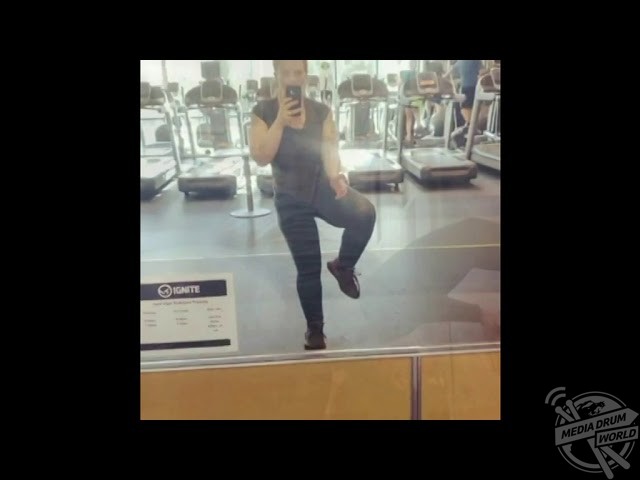 MEET THE athlete who used to feel so ASHAMED of the lipoedema on her legs that she would AVOID PE through fear of wearing SHORTS – but since losing OVER FIVE STONE in a YEAR she flaunts her pins with pride.

Self-employed worker, Athena Porter (31) from Oregon, USA, grew up with a family who were overweight, including her mum who was 28st 8Ib at her heaviest.

Despite never being officially diagnosed, her mum has lipoedema, a long-term chronic condition where there is an abnormal build-up of fat cells in the legs, thighs, bum and sometimes in the arms. Whenever Athena was picked up from school, she would notice people staring at her mum’s legs in shock.

As she grew up, Athena began to put on weight and reached 16st 6Ib and a UK size 22 and due to society’s perception of beauty, Athena felt embarrassed to reveal her legs, so much that she refused to join in any sports classes at school if they involved wearing shorts.

No matter how many doctors she met, no one could explain what was happening which made her feel frustrated as her condition caused her excruciating pain.

It wasn’t until 2014 when she met a friend who took her seriously and didn’t believe she was ‘just fat’. He helped with research into lipoedema and motivated her to incorporate a workout routine.

After a year of hard work and perseverance; changing her eating habits and doing various sports like cycling, jogging, CrossFit, rollerblading, yoga, breakdancing and calisthenics, she managed to shrink to a healthier weight of 10st 10Ib and a UK size 10.

She has never felt more confident in herself and decided to reach out to other women to encourage and inspire them through her Instagram page.

“My family was overweight and I was no exception, but I noticed I was different than other girls just before puberty. When I was around ten years old, I was introduced to the term ‘cankles’ by my peers,” Athena said.

“I remember the first time I realised I looked different from other kids was about middle school, but my mother already looked different, so I didn’t think too much about it.

“My mother was severely overweight and had lipoedema; whenever we went out together people would stop and stare at her legs.

“She was over twenty-eight stone while I was growing up and I was constantly being reminded how big she was.

“No matter how many doctors I saw there wasn’t one that knew what my condition was let alone diagnose me, or my mother for that matter.

“Growing up with this condition at a young age I felt a strong sense of embarrassment and shame due to society’s ideal image of the feminine body.

“It was less about how others reacted to me and more about learning to love myself and grow from my circumstances.

“Throughout school I just avoided sports that required me to wear shorts, I was embarrassed about how my legs looked.

“When I was in high school, we had to wear short shorts in gym class and run a mile. I tried to wear trousers because I was ashamed of my legs, but the teacher refused and made me put my shorts back on.

“In opposition to the teacher’s demands I refused to run because the shorts would bunch up between my legs and make my fat jiggle everywhere.”

Unlike while she was growing up, ever since she could put a name to her condition, Athena now loves the reflection that looks back at her in the mirror and is proud of what she has achieved.

Since she has lost weight, Athena feels like her symptoms have lifted and she has never felt so active.

“I met someone special who researched and found out about lipoedema online. We tried to find stories and pictures of women who had significant natural weight loss with lipoedema but couldn’t find any,” she said.

“At that point I became determined to lose weight; I was committed to having no excuses. I knew that it wasn’t my fault and all I had to do is push past my circumstances and be the best version of myself.

“I knew so much about fitness already but this time I was going to have to work twice as hard as everyone else to get results. So far, I’ve lost five stone ten pounds and could not be prouder of my accomplishments.

“So, I started an Instagram page to reach out and connect with other women to encourage and inspire natural weight loss and body positivity.

“I am proud of myself for all the challenges I’ve overcome both mentally and physically; I love what I see in the mirror, even on my worst day because I know what it takes to be strong.

“I would love to convey how important it is to set aside time for your physical and mental health. Give yourself one hundred percent, even if you only have thirty minutes a day.

“Sweat through your shirt and smile knowing how hard you worked. Stop focusing on the results but keep in mind where you want to be.

“Fall in love with the process, no matter what type of medium you chose, have fun doing what you love.”