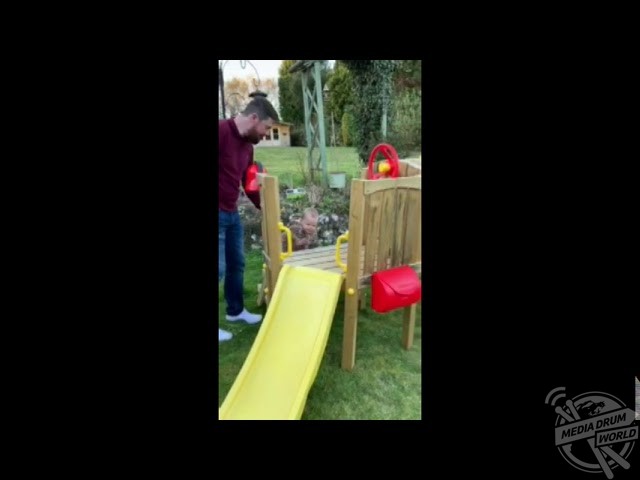 THIS BRAVE mother endured half her TRIPLET pregnancy knowing that one of her babies would be STILLBORN, and she insists that there’s not enough support for bereaved parents after only finding solace through sharing her journey through INSTAGRAM.

Kirsty Alexander (33) from Kent, UK, and her husband John (39) were delighted to welcome their firstborn daughter, Bonnie, in July 2017 as they celebrated their family growing.

By July 2018, Kirsty found out that she was pregnant again, much to her astonishment after requiring IVF to conceive Bonnie. She felt different the second time around, and from four weeks gestation Kirsty noticed bleeding. After the initial excitement, Kirsty and John feared this was a sign of miscarriage, so they booked an early ultrasound at seven weeks. The consultant reassured the couple that all was fine, and that there were in fact three heartbeats.

Unfortunately, at 18 weeks, a scan revealed some issues with one of the babies’ developments. In October, Kirsty and John saw a consultant who looked at her growth and brain and believed that there was a development issue, causing that baby to pass away.

Early on, Kirsty had joked that the babies looked like dots on their initial ultrasound scan, but after finding out they had lost one of the triplets, they looked back over the ultrasounds and were amazed at how much they’d changed over the weeks. Kirsty named their angel baby Dotty from then on, mesmerised by how much more than dots they were.

Dotty, Delilah and Wilfred were born March 6, 2019 at 36 weeks via caesarean section, but Kirsty had to go through her pregnancy knowing that one of her triplets would be stillborn. Her anxiety soared and she became terrified that something would happen to her other two babies. Aside from the support from her husband, family and close friends, little bereavement support was offered to Kirsty, but after a few weeks it was suggested that she share her feelings, but she couldn’t bring herself to do this with anyone face to face.

It was during this time that Kirsty formed her Instagram page to share her feelings without having to say them out loud. Others who had gone through similar experiences connected with Kirsty and she found a supportive network in the most unlikely of places.

“We found out we were pregnant again the day before Bonnie’s birthday,” said Kirsty.

“It was just before I was four weeks along, so we knew very early on. I just knew I was pregnant before taking the test; I felt very pregnant.

“I seemed to have a baby bump very quickly after finding out, but other than that I didn’t think it felt too different to Bonnie’s pregnancy. I did experience some bleeding, which I thought was concerning so we went for a scan earlier than expected.

“We saw the consultant in week seven for reassurance due to the bleeding. I was terrified that we may have miscarried but our consultant said, ‘it’s a double congratulations as there’s two heartbeats’ and then he paused before saying ‘oh there’s a third’.

“I immediately laughed and cried simultaneously, and my hands were shaking. The nurse in the room had to get me some water because I became so faint.

“I loved each of the babies from the minute we found out we were expecting triplets. I’d imagined what they looked like, what their personalities might be like and most of all I’d imagined holding them all safely in my arms.

“It was at a scan just before 18-weeks that we found out there was a problem. We had the babies’ placentas checked that morning and everything was fine, so we were over the moon. At the scan they mentioned some concerns around the development of Dotty and the fluid around her brain. They said we’d need to see a consultant to look in more detail.

“We had a follow up scan at the hospital, and it was at that point that we knew we’d lost her. We were completely devastated and heartbroken.

“The consultants believe the abnormalities that Dotty had were caused by a developmental issue, and the issues with her brain were potentially caused by a problem with the valve to her brain.”

Kirsty spent the following months grieving for Dotty, however she feared having to go through losing Dotty all over again when she gave birth, so she carried a purple bunny which she cuddled until the delivery before leaving it with Dotty, so that she’d always have her mother beside her.

Kirsty admits that going through infant loss or a miscarriage requires an underestimated level of strength, yet so many people suffer in silence. While professional support was lacking, Kirsty found a network of help through social media and she hopes that by sharing her family’s story, more bereaved parents will feel that they too can talk about loss.

“The first few weeks were awful. I felt like I couldn’t leave the house because my anxiety spiralled and I was so terrified of something else happening to one of our survivors,” said Kirsty.

“I was advised to start trying to share my feelings and emotions, but I just didn’t feel strong enough to speak face to face about what happened. That’s when I started using Instagram to share how I was feeling. It helped so much to let go of some of the fear, upset and anger that I had bottled up.

“I was experiencing so much grief that I couldn’t bring myself to speak with anyone face to face. There were times when John had to speak on my behalf to the midwives at the hospital as I just couldn’t get my words out through the tears. But Instagram almost allowed me to have a comfort blanket for my emotions and it protected me from the face to face interactions whilst still allowing me to share my feelings.

“It gave me platform to grieve and I spoke with so many wonderful, supportive and caring people. It also put me in contact with people who experienced loss themselves and they offered me words of comfort that really helped when I was at my lowest.

“The biggest fear I had after losing Dotty was the fear of losing her all over again once I’d given birth. The whole time I carried her I felt like she was safe and close to me, but I knew once I gave birth, I would have to grieve all over again for her.

“Since having the triplets and going through that grief but also feeling such joy for our surviving babies, it’s truly put into perspective how precious life is. I appreciate every second I get with my babies; I hold them even tighter and love them even more unconditionally than I even thought possible since losing Dotty.

“The strength of any parent who has experienced loss is phenomenal, but so many of them suffer in silence and don’t get the support they need and deserve. Talking really does help lift the weight of grief, but parents need support to feel like they can open up to get through what is the most heart-breaking experience.

“Whether you’ve lost a baby at three weeks or 30 weeks, or you’ve lost a child that’s been born, you are entitled to feel the upset. Each one of those mums and dads is a mum and a dad, and even if it’s to an angel baby, they will always be a parent to their baby.”

This Transgender Woman Still Gets Called ‘Dad’ By Her Daughter