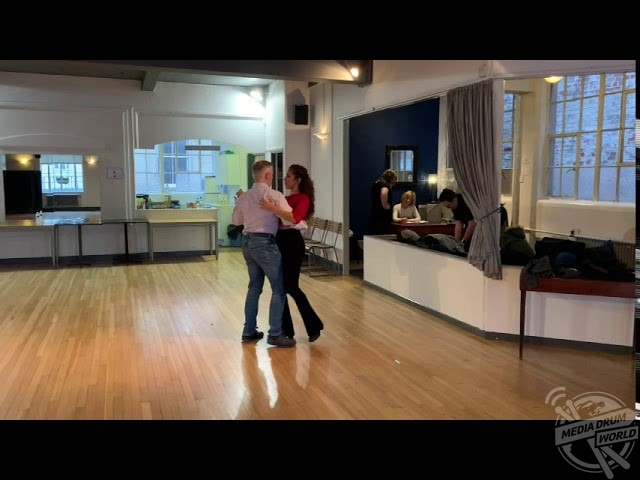 MEET THE twenty-seven-year-old woman whose boyfriend is OLDER THAN HER DAD and despite strangers calling him a SUGAR DADDY and his EX-WIFE trying to SPLIT THEM UP is insistent that their thirty-one-year-age-gap doesn’t matter.

Although the couple were attracted to each other in the early days of meeting at one of Martin’s three health food restaurants in São Paulo, neither thought it would blossom into a loving long-term relationship.

The pair were concerned about having common ground due to their age gap, cultural differences and long distance, but after spending time together they realised they had many similar interests such as travel, dancing and yoga. It turned out they were very much on the same wavelength.

But not everybody accepted their relationship. Particularly Mahely’s mother was not impressed at first but her father who is younger than Martin approved straightaway. Meanwhile her mother and brothers got used to the relationship and everybody is getting on well with each other.

Mahely is a strong independent woman who works very hard in her daily life, she takes on two jobs and has almost just finished her degree.

Moving on four years into their long-distance relationship they are finally looking at moving into their own place together in Switzerland.

“Martin used to have three health food restaurants in Brazil as a hobby and spent his holidays in São Paulo trying to grow the business there. I was looking for some healthy food and so we met there and over about five months talked with each other and went out a few times,” Mahely said.

“Immediately I was attracted to his golden heart, blue eyes and how he treated me like a real gentleman. He made me feel positive about life, he made me feel safe.

“We have almost 31-years between us. I don’t feel like it’s really bothered Martin, but at first it was difficult for me to accept being in love with a man who is older than my own father.

“My mother didn’t like it in the beginning. Surprisingly, my father accepted it fine as he could feel that I was happy. I have two brothers and they were really shocked, and they bullied me for a while but now after meeting several times with Martin and singing in a karaoke-bar everything is fine.

“The most difficult part has been with his ex-wife, it seems to me that, she does not seem to have accepted the end of their relationship or his relationship with me. Even though their relationship finished many years ago. So, when she sees me, she tries to put me down. She said he is with me only for sex and I’m with him because of his money.

“This makes myself very uncomfortable and hurts me (because people outside would think that I’m the wrong one, even though I know I shouldn’t be worrying about other people’s opinion). I’m an independent woman, that works really hard in two jobs, so I don’t have to depend on anyone else.

“We are having lots of fun together; things just feel easy and comfortable when we are around one another. I feel we are on the same wavelength and hold many similar values. Sometimes we even finish each other’s sentences or write each other a message within the same seconds.

“I’m living in Leicester and studying at university right now and Martin lives and works in Zurich.

“We have been long distance for over four years. We try to see each other every three weeks for two or three days. But I can’t tell you how happy we are that we will soon be moving into our own place in Switzerland at the end of summer.”

“I was a bit worried the age gap might be too large, and we wouldn’t have much common ground. I was wrong. The fact is that we have never had a dull moment in the last four years.

“When we are together all we realise is how we always bring out the best in each other and how effortless and easy things flow.”

Mahely stresses that age is simply one part of the equation when it comes to relationships and says that the secrets to a healthy happy relationship are; respect, communication, physical attraction, trust, happiness and to continue to court each other.”

The public have been something between indifferent and interested in their relationship, apart from some young people shouting at Martin in the street.

“One time when we were together some young students saw us and shouted, ‘Sugar Daddy’ to Martin, but beyond that the public hasn’t really caused us any problems, quite the opposite since they can usually see how well we are getting on with each other,” said Mahely.

“Age is only one of many factors which makes a relationship successful or not.

“In our experience the secret for our love, among others, is respect, open communication, listening, physical attraction, trust, keeping our promises, being happy when the other one is happy and not seeking happiness from, but bringing happiness to the partner and having a lot of fun and not taking ourselves too seriously.”

This Polyamorous Family Are Raising Their Baby As Gender-Neutral

Woman Escapes Life of Abuse and Addiction Through Fitness