Media Drum World
Home MDWfeatures So Thin That She Couldn’t Speak: This Woman Tells Her Story Of... 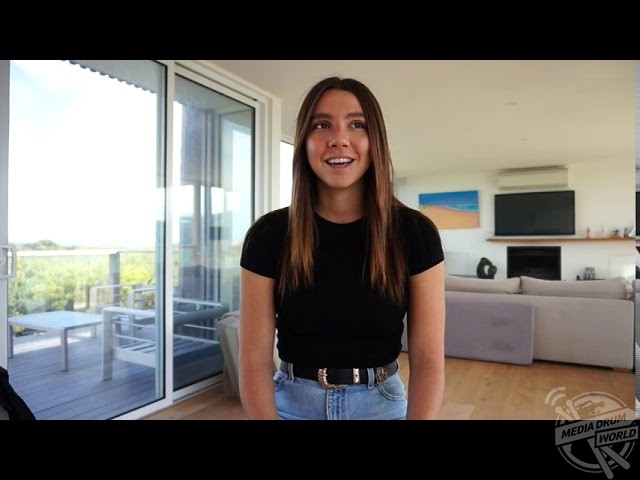 MEET THE STUDENT who became so consumed with anorexia that her weight plummeted to just FIVE-STONE but it wasn’t until her body and brain shut down that she decided to kick her eating disorder – and now she wants to break the silence around the topic.

Acting student and part-time nanny, Sacha Reeve (25), from Melbourne, Australia, was just 16-years-old when she first felt trapped in her own body which lead her to avoid eating food.

Whilst in high school, she began throwing out her lunches. Over the next nine years her daily intake decreased to a small bowl of steamed broccoli or greens, a packet of cigarettes and half a can of Pepsi Max amounting to under 150 calories a day which caused her weight to plunge to just 5st 9Ibs and a UK size four. During those nine years she battled two eating disorders; bulimia and anorexia.

After years of battling with her health and eating disorder, she was taken to the emergency room to get help and there they tried to encourage her to eat more. Still in denial, she didn’t understand why she was there, thinking she wasn’t sick enough to be there and begged her mum to take her home, but her mum couldn’t bear the thought. She waited for over a week for a place at an eating disorder hospital which only had four beds available.

Her doctor took her blood pressure and referred her to a heart specialist, she was sent to the intensive care unit (ICU), where she was told that her heart was failing.

Her condition caused her body to shut down and she couldn’t recognise anyone’s faces, she couldn’t talk, read or write, but it wasn’t until she checked into rehab in Byron Bay that she was able to tackle the root of the problem; her mental health.

After a few months in treatment and a year of living in Byron Bay, she started dedicating her time to eating three meals a day and quitting the gym, she slowly managed to improve her health and reach a healthy weight of 9st 8Ibs and UK size eight to 10. She now wants to help others who are going through a similar journey to give them hope that it does get better.

“It started in high school I’d say. I started throwing out my lunches when I was a diver and then after leaving school it escalated quite quickly and then stuck around for a very long time,” Sacha said.

“I felt fat, I felt ugly, I felt worthless, I felt trapped and there is a stronger meaning behind those words rather than just ‘fat’ for example would mean sad and angry and hurt.

“I thought and felt like I was a complete and utter waste of space and not worth anything at all so I placed such a high value on my looks that when they weren’t good enough I had failed myself completely and just didn’t deserve to take up any space.

“The feeling of not being good enough or of value to take up space in the world, is such a hard one to break through and I still battle with that thought to this day.

“Having anorexia is like you’re two different people; the illness is one person and then there is you, the true essence of who you are and as it gets worse the anorexia becomes louder and the fight is so ridiculously hard to fight in your mind that you give in.

“I was never bullied, I was never overweight, I think for me it came from my internal belief system I had created about myself which is quite a heavy topic to get into.”

It wasn’t until Sacha was sent to hospital and was told that her heart was failing that she was forced to start her recovery process. But when her mum was diagnosed with bowel cancer, she decided that she had to get better.

“I ended up crying to the doctor, security and my mum for a good few hours begging them to let me go home and do recovery with a team outside,” she said.

“My blood sugars were so low they couldn’t let me leave until I ate a pear which was such a fight to get me to do and included security standing over me till I ate it.

“I got home and lasted about two more weeks at home until I went to my doctor who I was seeing every other day due to my health risks.

“She took my blood pressure, called a heart specialist and then sent me straight to the ICU to be admitted as my heart was now failing.

“I stayed there for a few weeks and really committed to recovery by this point. I dabbled in and out of recovery for the next few months until one day my mum was with me at a new psychologist appointment and I came out of the appointment and saw her crying in the car with abdominal pain.

“We drove straight to the hospital and she stayed overnight for further testing. I woke up in the morning with missed calls from the doctors telling me I had to come in as soon as I could.

“I remember walking in and seeing my mum’s face with her just nodding and cuddling me so tightly while I cried into her arms. She had been diagnosed with bowel cancer.

“I just knew in that moment that I had to pull myself together as much as I could, so for the next couple of months I was taking her in and out of treatment most days of the week, I was also working and in a very toxic relationship, whilst trying to keep up my own recovery.

“It was tough, and I got to a point of such exhaustion, malnutrition, a terrible break up and a few other things getting to me, my body and brain shut down completely.

“I was taken to hospital, had a multitude of brain scans done and kept there because they had no idea what was going on.

“Luckily at this time mum had some time off treatment so she was able to take me home and back to her house to look after me for a few weeks while this passed.

“It did pass; I ate a lot, like a lot, I rested a lot, and slowly but surely I started speaking again, recognising faces, understanding what others were saying etc.

“It was so eye opening for me to see just how much I had run myself into the ground with my disease and everything else going on around me. After this I fully committed to recovery which I really did give my best shot.”

Sacha now wants to raise awareness of eating disorders and the dangers they pose on people’s lives by sharing her journey with her followers on Instagram.

“I’m not merely existing anymore but I’m living. I can now travel without being scared my heart is going to fail me on a plane (although I still get anxiety from my past experience),” she said.

“I’m able to study my dream course of screen acting full time, I can work a job that I love and fulfils me, I can go out with my friends for dinner and drinks without knowing the menu inside out before we go.

“I don’t wake up in the morning and hate myself, I have body neutrality, my days aren’t taken up by exercising every day.

“I’m a very creative person and I love creating images that reflect how I’m feeling and a message I want to convey to anyone else struggling.

“If I can help anyone feel less alone in a time of need, then I’ve done my job. I think struggling with mental health and eating disorders means it’s so easy to feel so alone and isolated which just feeds the disease.

“So being vulnerable for a few seconds on a post on Instagram for me is worth giving someone else hope, a sense of community and support, feelings of being understood and somewhat connected.

“In this day and age, I think it’s much more common than we think to have body image issues and eating disorders so all I’m really doing is breaking the silence on it and speaking about it, creating conversations that wouldn’t happen otherwise.

Investing in a Luxury Dream Home in Miami: Why you should...