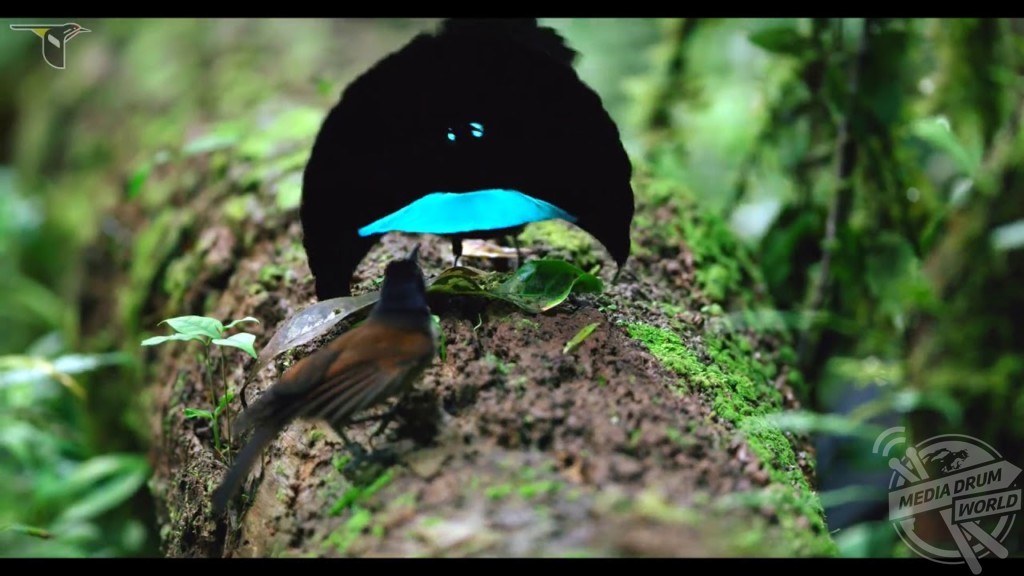 INCREDIBLE images and video footage has confirmed a new species of bird after its courtship dance varied from another similar species.

The stunning footage shows the new species, the Vogelkop Superb Bird-of-Paradise raising its cape while displaying a bright blue chest and spots on its head as it dances for a female.

When expanded for courtship display, the Vogelkop male’s raised cape creates a completely different appearance—crescent-shaped with pointed tips rather than the oval shape of the widespread form of the species.

The way the Vogelkop male dances for the female is also is distinctive, the steps being smooth instead of bouncy.

This newly-publicised clip supports full species status for one of the dancing birds-of-paradise in New Guinea, with this particular species only found in the island’s far-western Bird’s Head or Vogelkop region.

“After you see what the Vogelkop form looks like and acts like in the wild, there’s little room for doubt that it is a separate species,” said Ed Scholes with the Cornell Lab of Ornithology’s Birds-of-Paradise Project.

The birds-of-paradise are members of the family Paradisaeidae of the order Passeriformes. The majority of species are found in eastern Indonesia, Papua New Guinea, and eastern Australia.

The members of this family are perhaps best known for the plumage of the males of the sexually dimorphic species (the majority), in particular the highly elongated and elaborate feathers extending from the beak, wings, tail or head.

The Cornell Lab’s Birds-of-Paradise Project (birdsofparadiseproject.org) is a research and education initiative to document, interpret, and protect the birds-of-paradise, their native environments, and the other biodiversity of the New Guinea region—one of the largest remaining tropical wildernesses on the planet.

Wondering How To Get A Dominica Citizenship? Here’s Some Useful Advice

How To Save Money On Everyday Things

Which Smoothies Are Ideal For Losing Weight: 6 Incredible Recipes

Need To Buy New Lights? Here Are Some Tips To Help You Out

Tips From Top Personal Trainers on How to Get in Shape