Media Drum World
Home MDWfeatures Running with the Pack: This Woman Raises Cheetahs Like They Are Her...

MEET the adventurous Swedish beauty who has raised a pack of cheetahs as if they are her very own cubs.

Stunning shots show Lisa Kytösaho (24) kissing and hugging members of her 16-strong cheetah family, as-well-as the game keeper lying down with one cheetah as it sucks her thumb and playing with a little cub. Normally aggressive towards humans, two of the specially bonded male cheetahs will only tolerate their surrogate mother, Lisa. 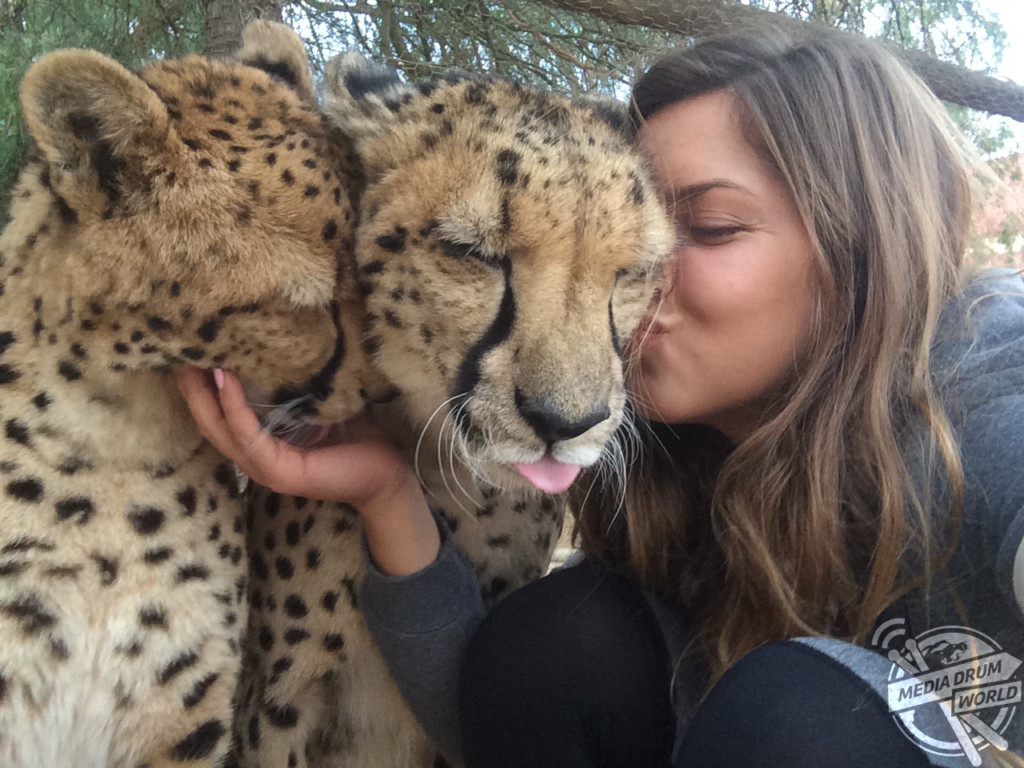 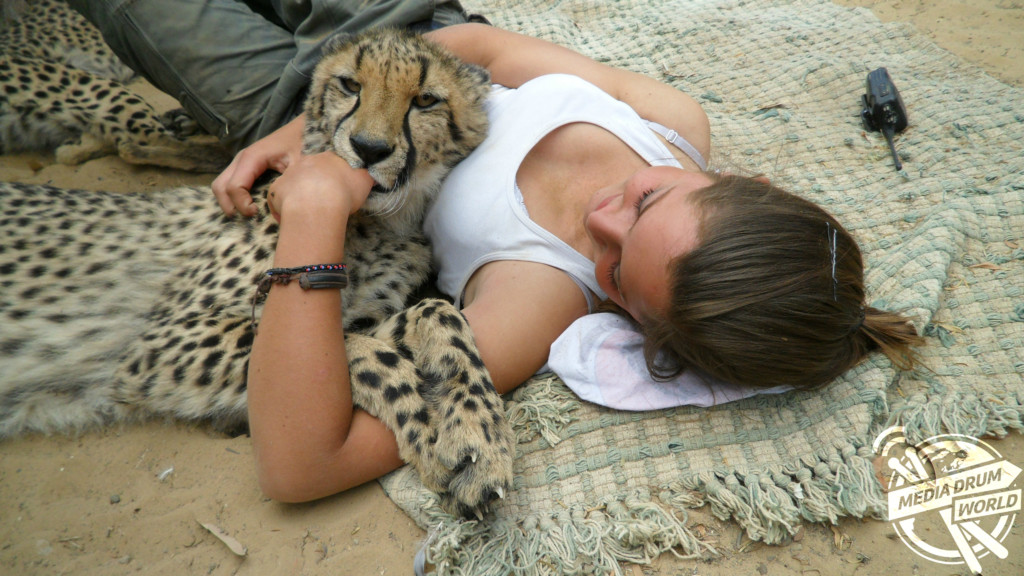 The incredible snaps were taken at the Inverdoorn Game Reserve in South Africa where Lisa, originally from Stockholm works as the Head of Western Cape Cheetah Conversation. 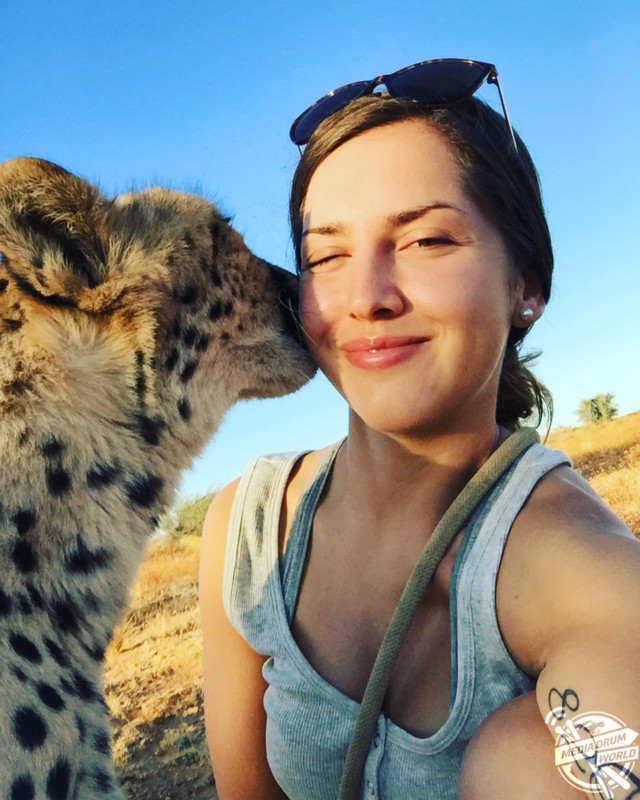 “Some cheetahs that I have raised are quite far in the process to be rehabilitated and have had less human contact for several years, and can now be considered to have become more wild,” she said.

“Two of these, males almost seven years old, who I raised since they were five months only allow me to enter their enclosure and to touch and interact with them. No one else is able to do this. 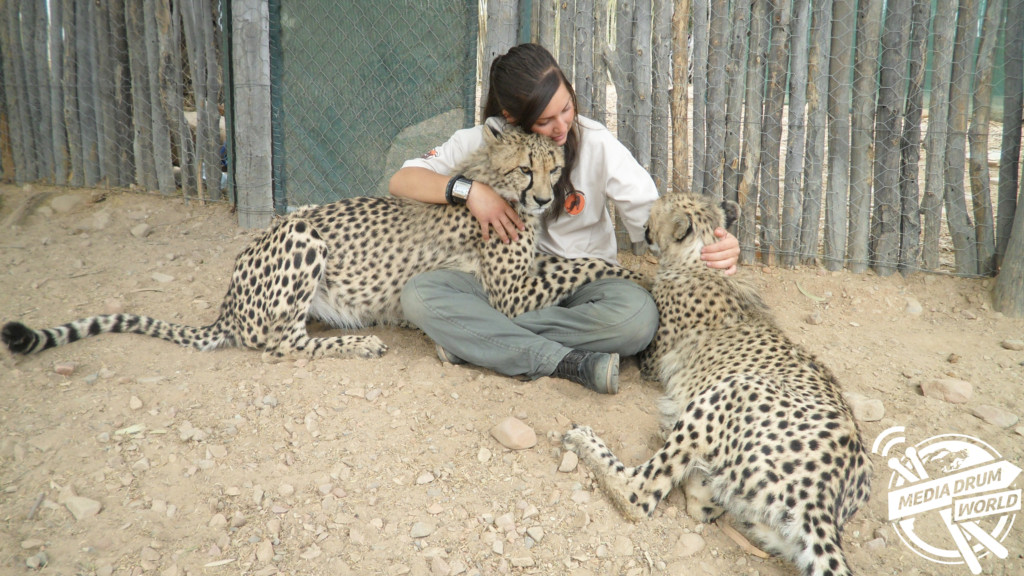 “They can be very aggressive towards anyone else, but do recognise me and accept me in a completely different way because of our history together.

“Others are tame and friendly with most people. However, you need to get to know them slowly, a process that can take a few weeks before they will accept someone new.”

Lisa moved to South Africa to pursue her dream six years ago and believes her relationship with the cheetahs stems from the love and care she offers them. 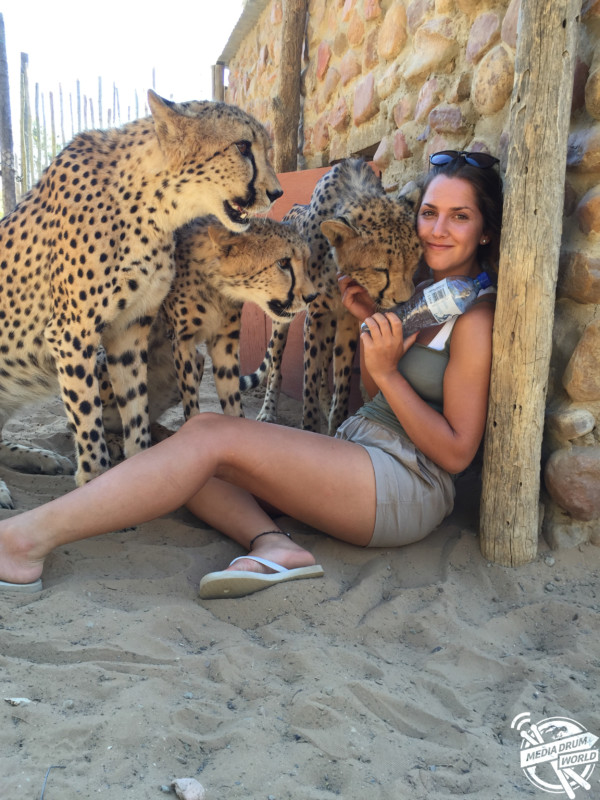 “I studied in Sweden to become an animal carer and got the opportunity to go abroad as a part of my practical training,” she said.

“I then went to Namibia to work with rehabilitation of African wildlife at an animal sanctuary. I completely fell in love with everything about this line of work and knew from then exactly what I wanted to do in life.

“When I finished my studies I moved to South Africa when I was 18 years old to pursue my dream and passion to work with conservation and rehabilitation of predators, with a focus on Cheetahs. 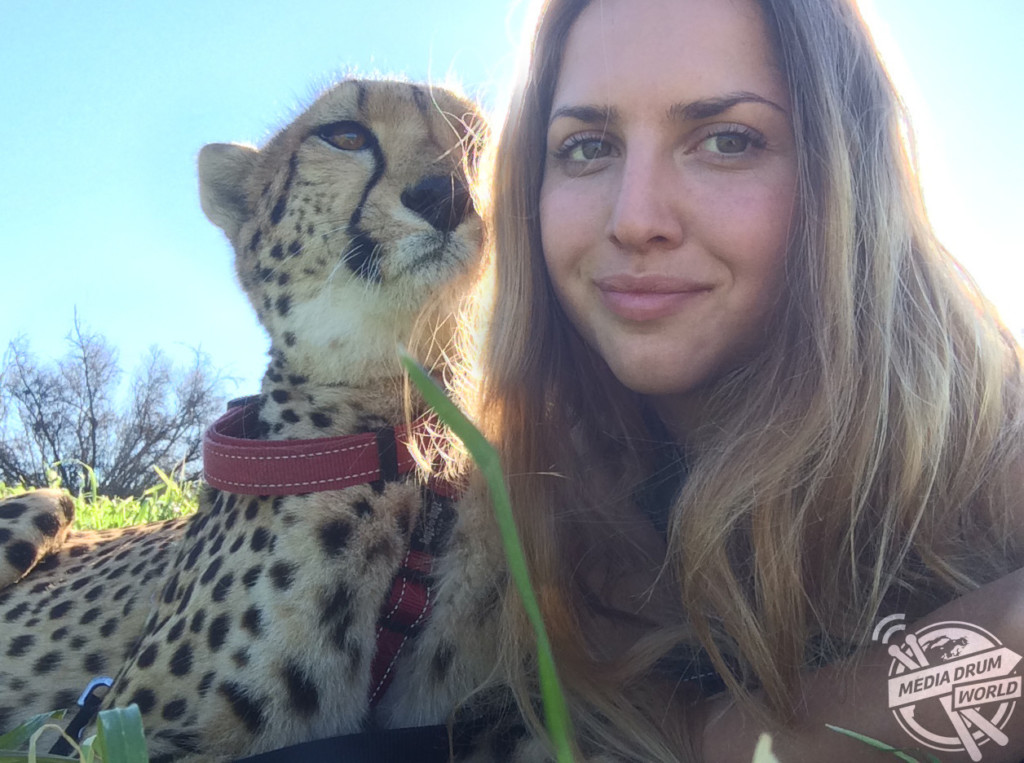 “I take care of around sixteen cheetahs and raised four of them since they were very small cubs, just a few months old, so we basically grew up together.

“I also spend a lot of time with them every day, making sure they are happy, encouraging their instincts as a wild animal and allowing them to feel free and this creates a mutual respect and understanding.”

Although Lisa has a special bond with many of the animals she wants people to be aware they are wild animals and rehabilitated as such. 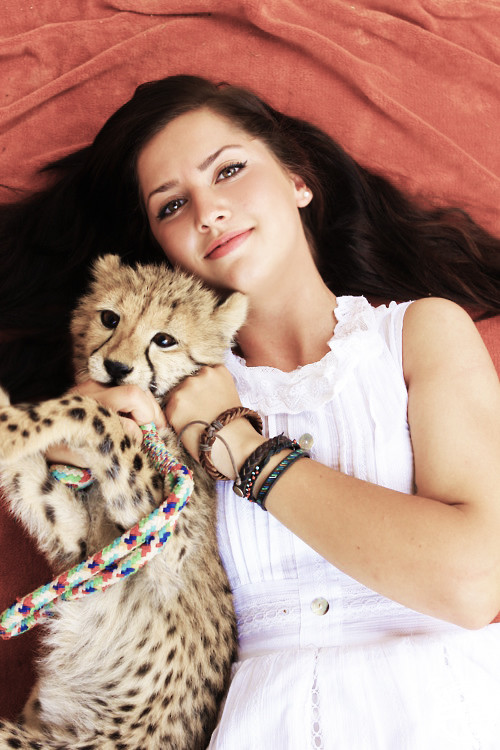 “I want people to realise that cheetahs and any wild animal are definitely not pets or in any way an entertainment for us humans to enjoy,” she said.

“They are individual with a strong sense of pride and a mind of their own. They have their instincts and needs that have to be met and they are no ones to possess or master. 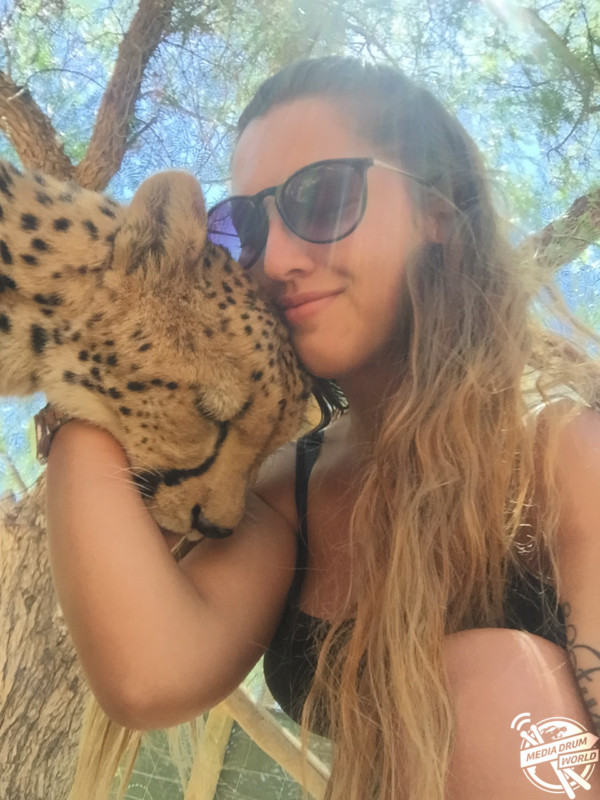 “The cheetahs I work with have all been born in captivity and rescued by us from different places and facilities of which they were kept in very poor condition and a lot of cases, very close to death.

“My job is to care for them and to spot the cheetahs of which show great potential for being rehabilitated and to work with them forward towards a bright future.” 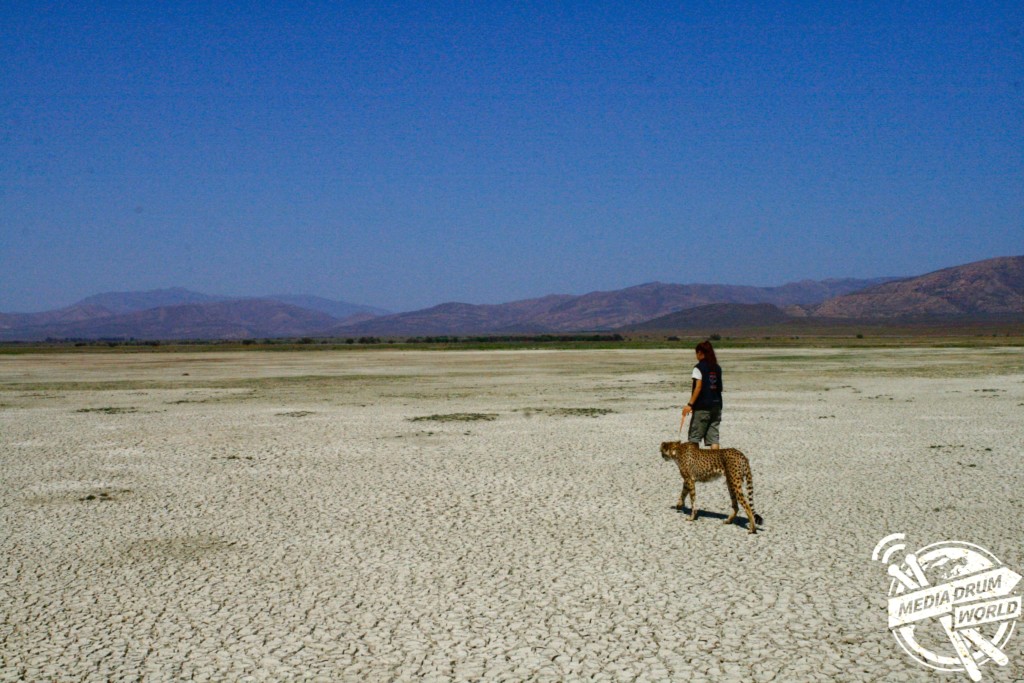 Why Kayaking Is a Very Exciting Activity