Media Drum World
Home Water A “Lake” Under Water? This Brave Diver Could Not Believe His Eyes... 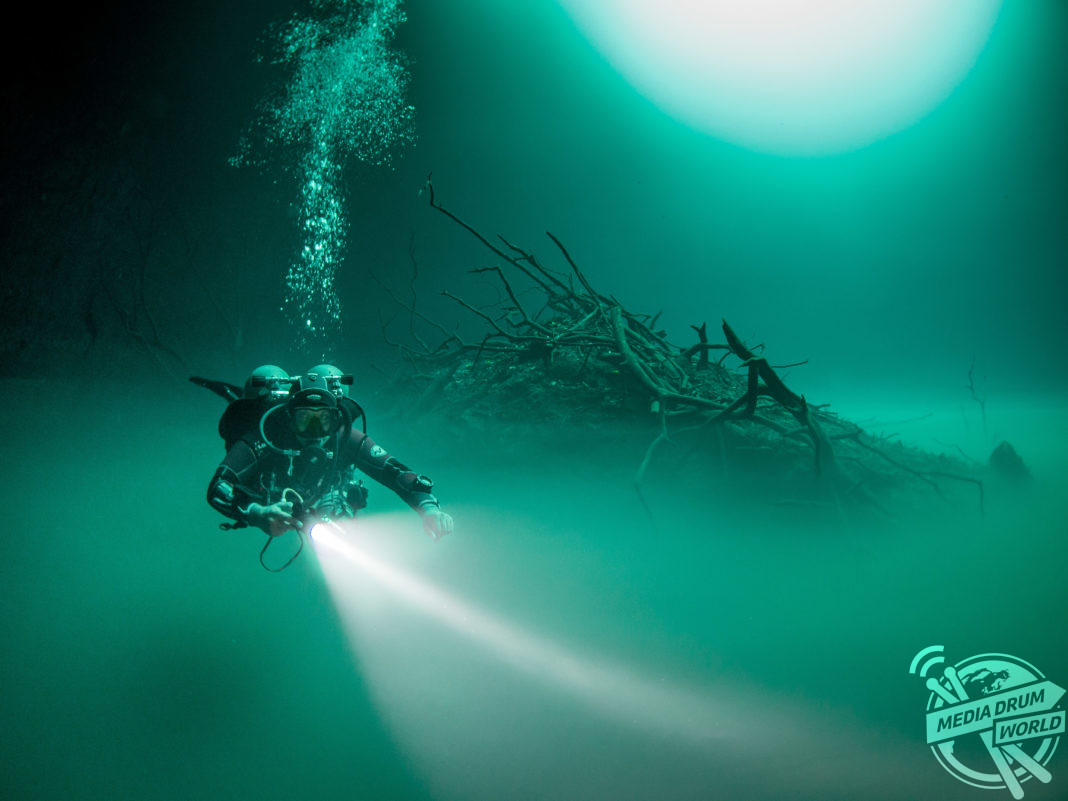 A BRITISH diver has captured mind-bending pictures of what appears to be a lake floating inside water complete with its own ISLAND.

The surreal shots show a sink hole with a ‘cloud’ of hydrogen sulphide and a mound of debris poking through the top which creates the impression of a lake and island – both under the water. 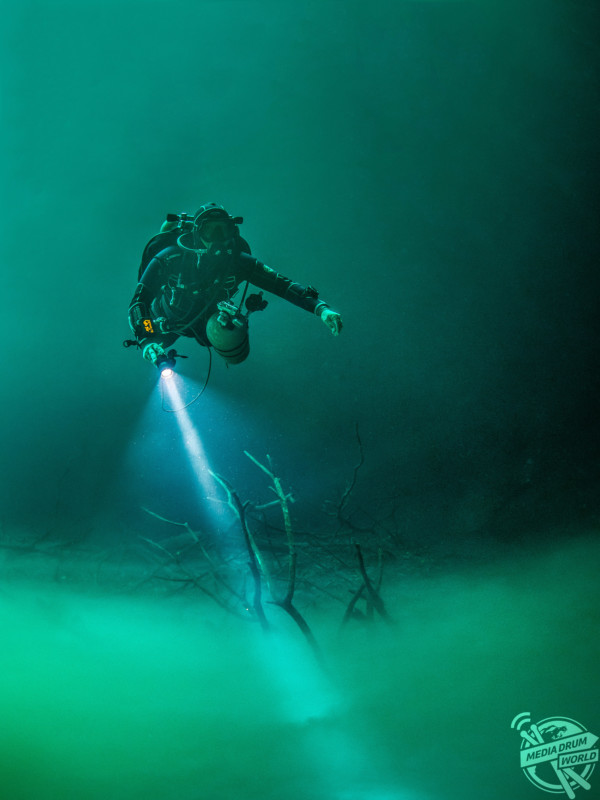 This underwater mist, at a depth of one hundred feet, is created by the decomposition of organic matter such as leaves that fall into the sinkhole.

The stunning snaps were taken at the Cenote Angelita sinkhole in Tulum, Mexico by British underwater photographer Tom St George (45) from London.

“Cenote Angelita is a sinkhole and a very popular dive site,” he said. 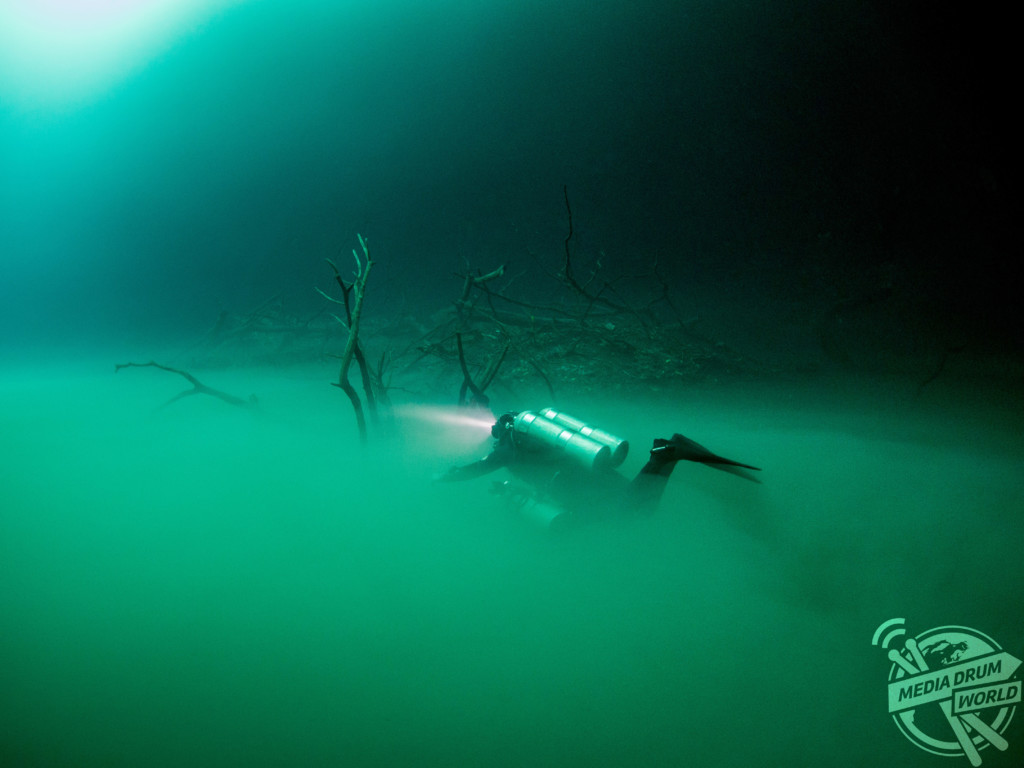 “I wanted something that captured how surreal, spooky and ethereal this dive site really is.

“It is a very special dive site and people are usually blown away by the experience of diving here. It is most often described as amazing but a little bit spooky or scary and really quite surreal.

“Swimming over and around the ‘underwater island’, and dipping down through the hydrogen sulfide cloud, which forms little swirling wisps of ‘smoke’ when disturbed, make for a rather unique and very memorable dive.” 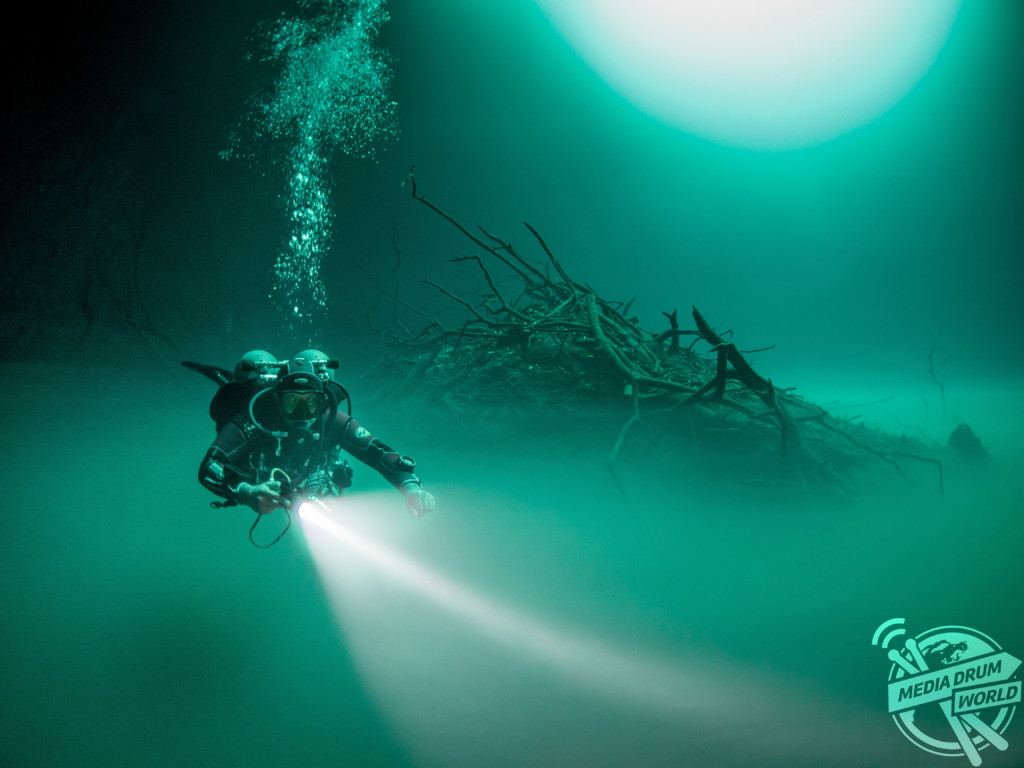 Tom loves to explore underwater caves as well but claims there is that something extra special when you can use natural light in your photographs.

“I love diving and photographing the wonderful and precious marine life of our oceans, but I have a special place in my heart for the cenote and cave diving found in Mexico’s Yucatan Peninsula,” he said. 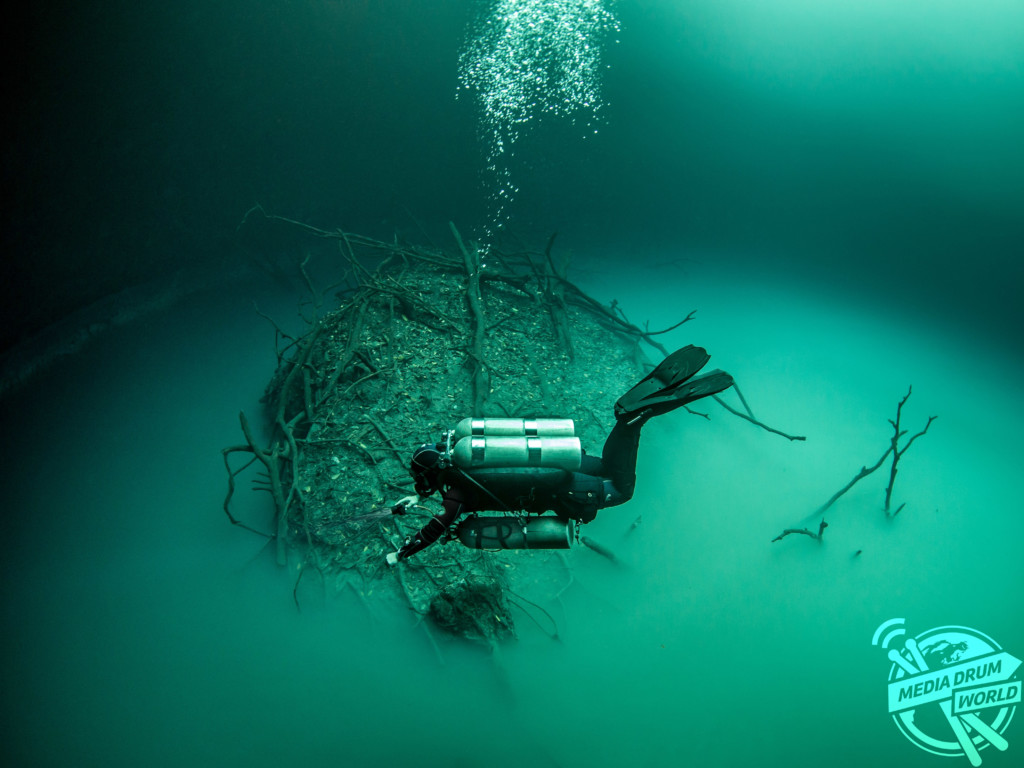 “There is such an amazing variety in the underwater caves and each offers its own unique experiences.

“Underwater we very often need to use strobes and / or video lights to illuminate our subjects, and his is particularly true of cave diving where there is no natural ambient light. 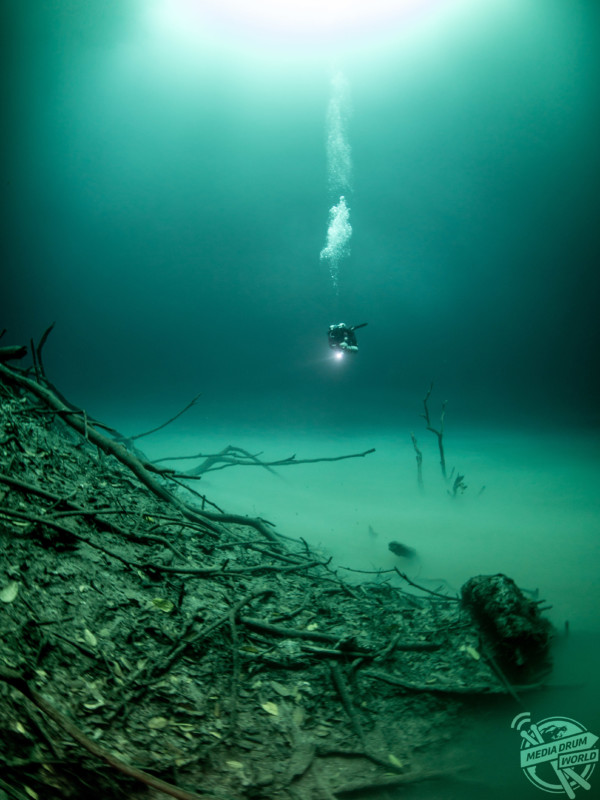 “However there is something a bit magical about diving in and around the cavern zones where you still have ambient sunlight available and that is where we can get some of the most striking scenes.” 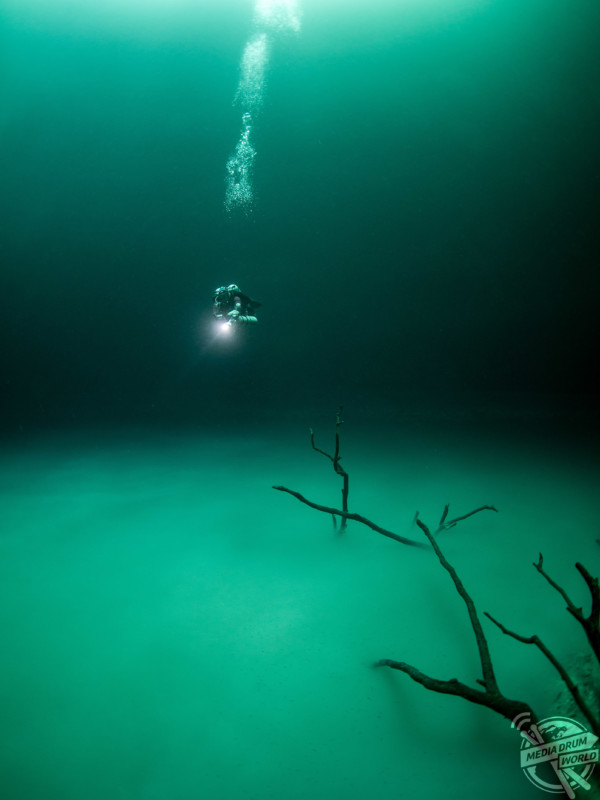