Media Drum World
Home Wild Why Do These Mighty Polar Bears Look Like They Are Dancing the...

SPECTACULAR images of two male Polar bears fighting it out as snow falls have been captured.

The collection of shots show the two bears standing up during the face off with one picture showing a bear swiping a paw at his rival. Another picture shows one bear holding the other in what looks like a furry headlock. 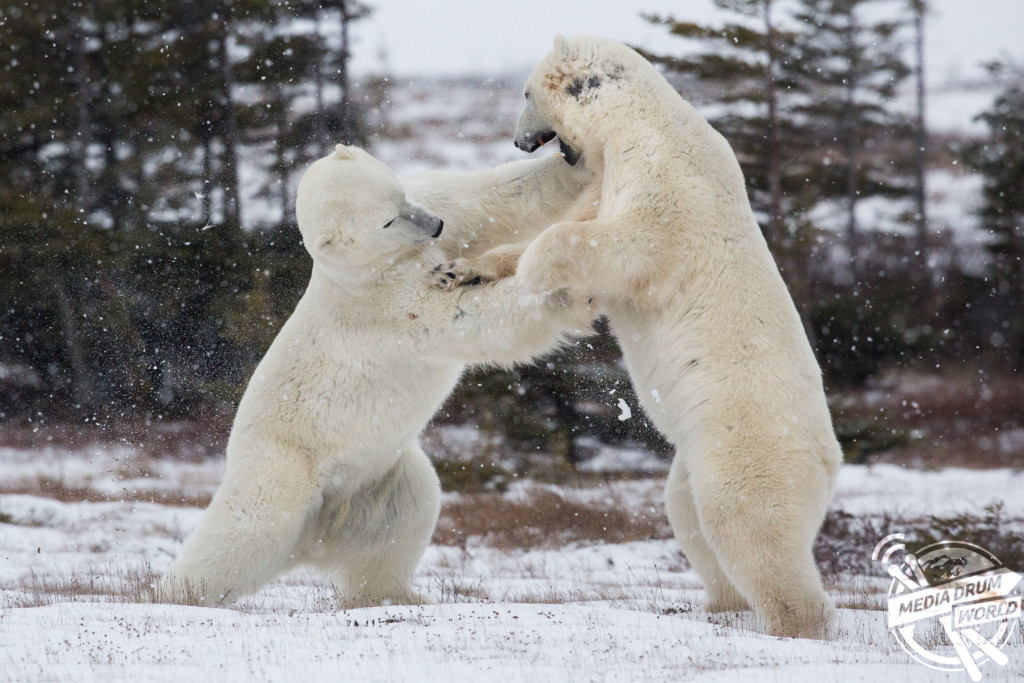 The images were taken by Italian photographer Alessandro Beconi (32) in Mantioba, Canada.

“Bears carry a certain charm for me, I’ve photographed different species of bears so I felt the need to photograph this magnificent animal that is the Polar bear,” said Alessandro. 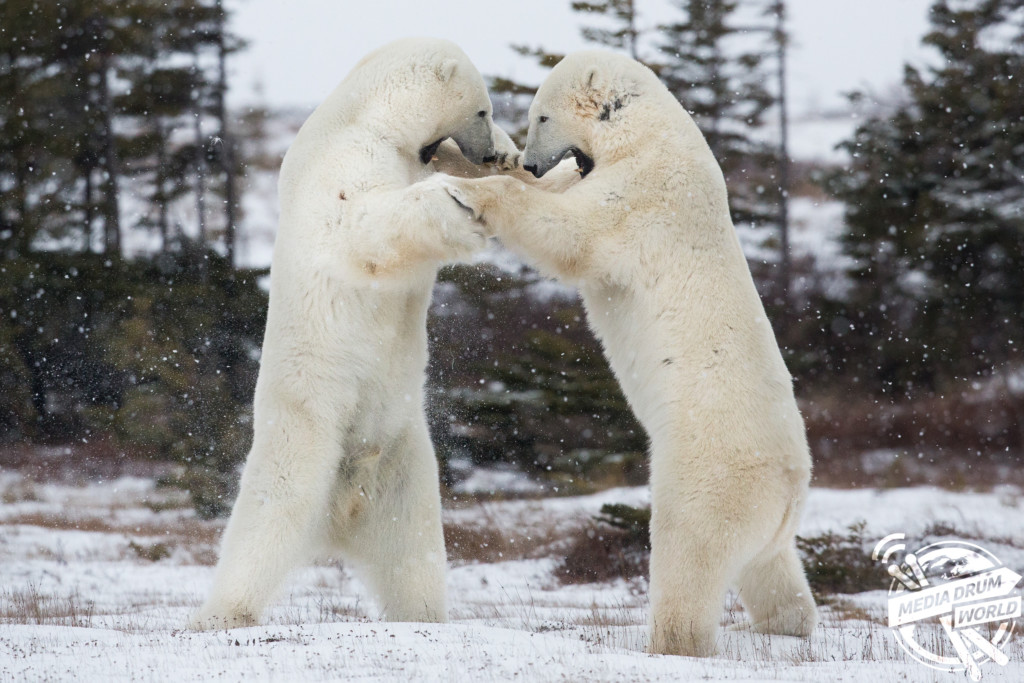 “The power of these animals is indescribable. 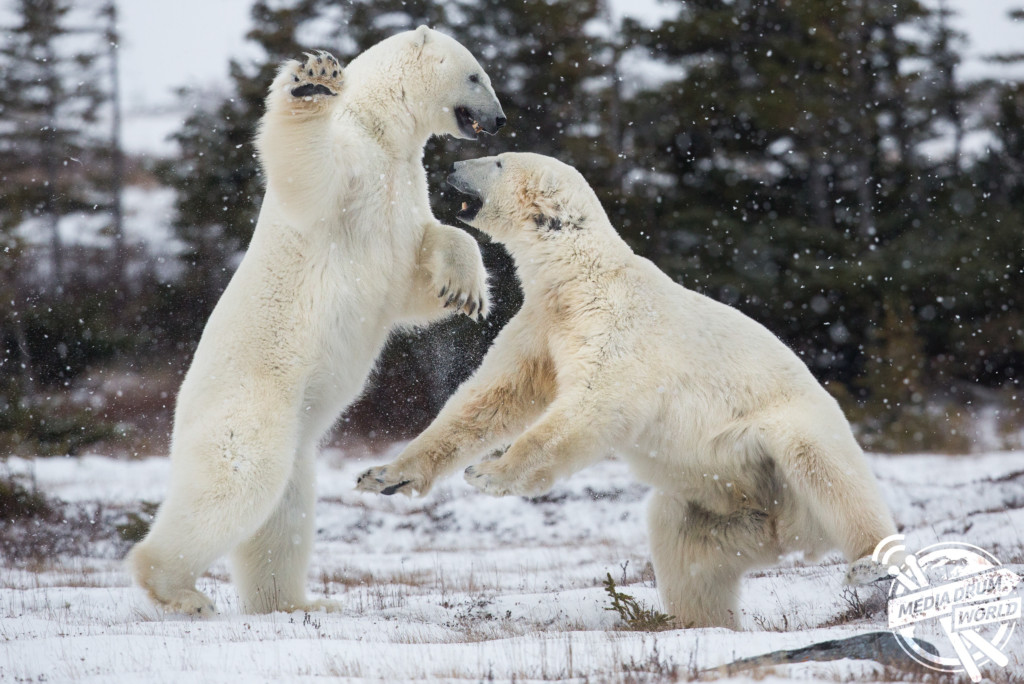 “When you are just a few metres away from them you can really feel their strength.

“When they start to fight you realise that you wouldn’t stand a chance against them.” 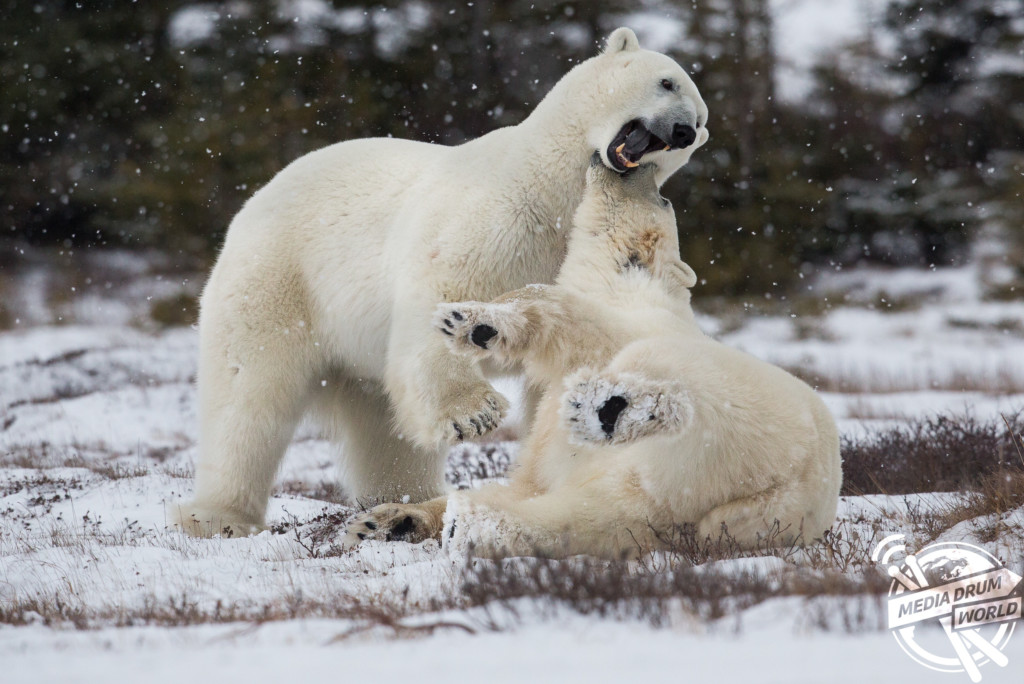 Polar bears engage in play fighting as they learn to interact socially. It is common for young adult male bears to fight it out against their older counterparts. 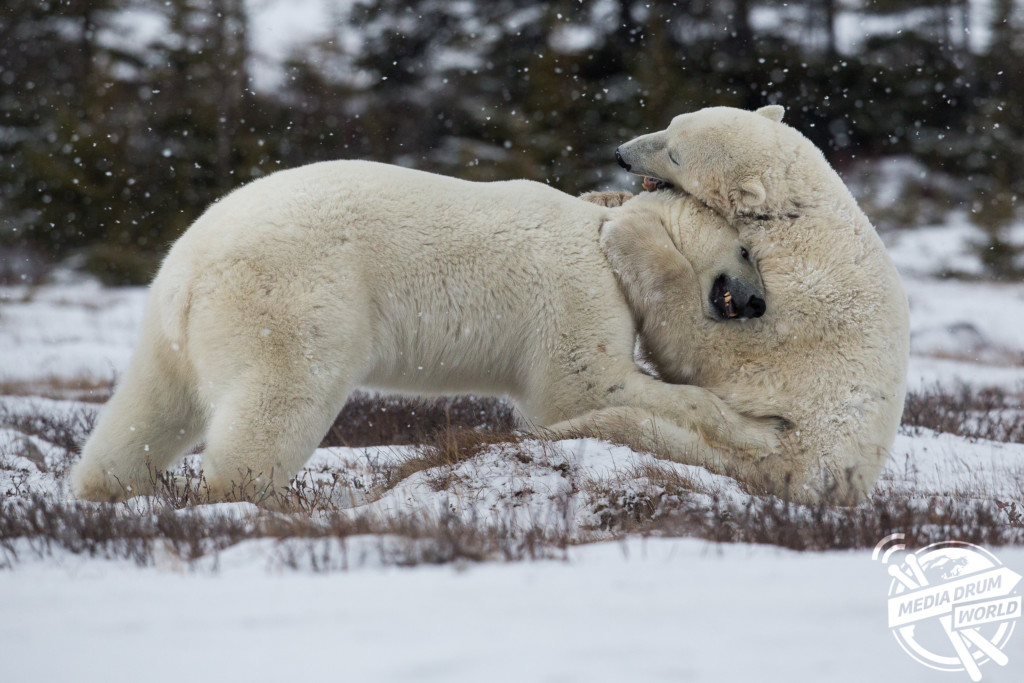 Alessandro managed to get within sixty-five-feet of the action.

“Polar bears are threatened by global warning and if we don’t take care, it will be impossible to see these kinds of images in the future,” said Alessandro. 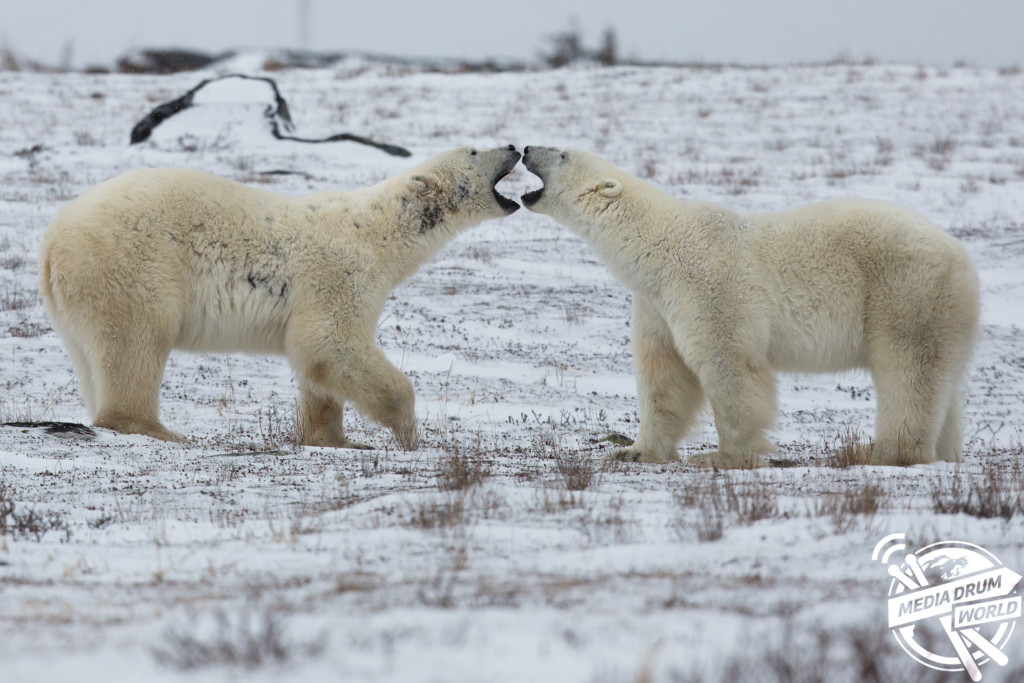 “You never know what’s going to happen with animals and this is the kind of photography I love.” 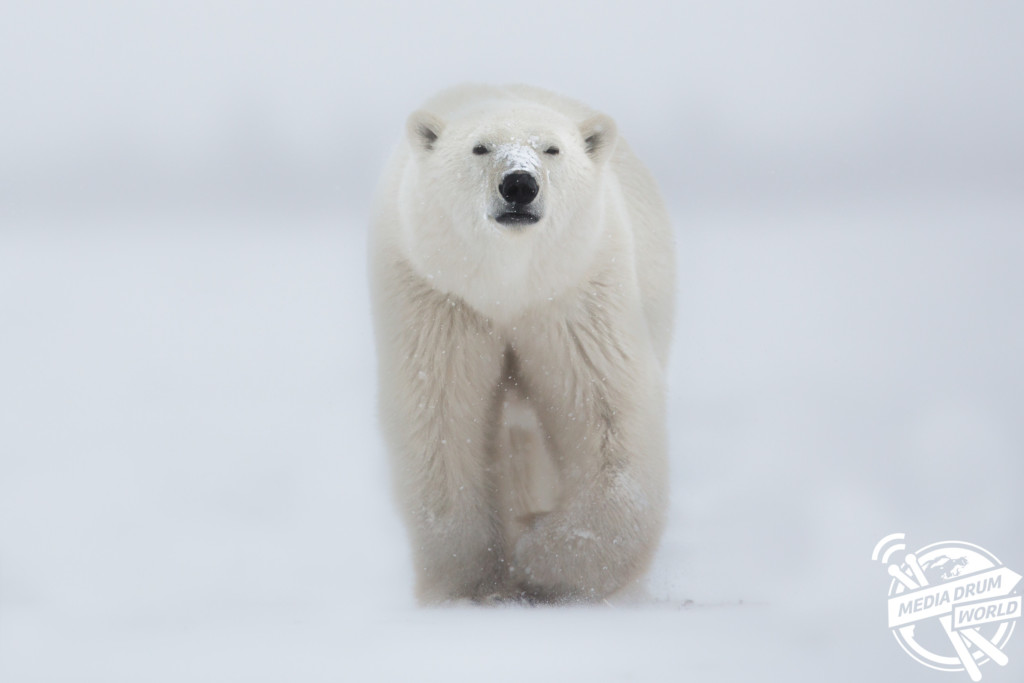 David Beckham Has Swapped The Shooting Boots For A Golf Club…...