EERIE images have revealed abandoned hoarder’s home left untouched like a time capsule since its owner left in the eighties. 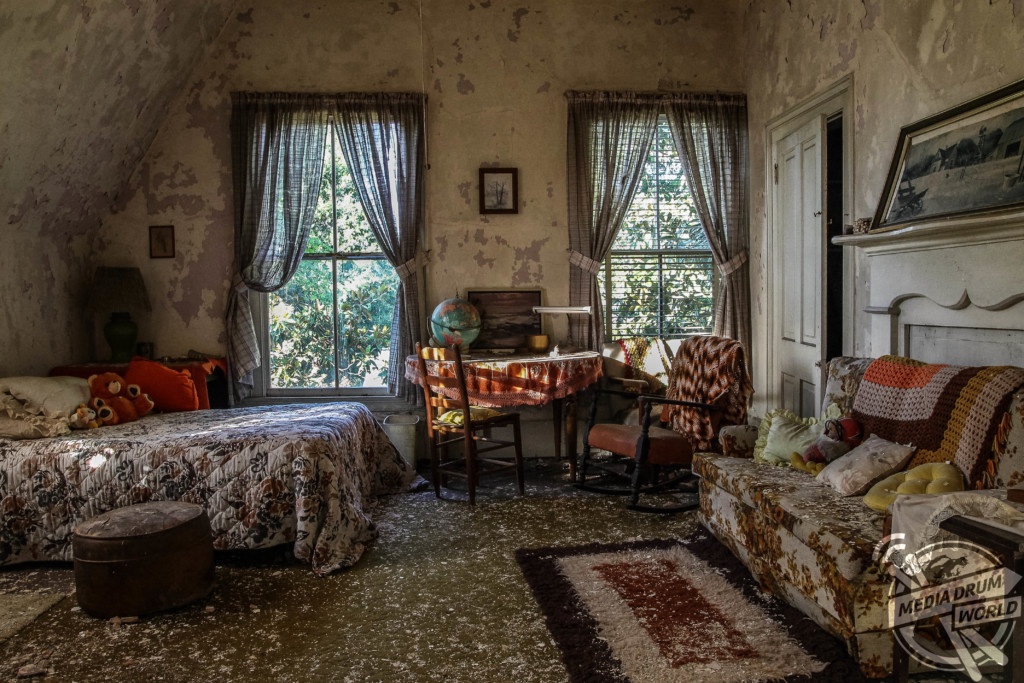 Unsettling pictures show a house with a fully stocked kitchen and rooms that look ready for someone to move back in were it not for the dust and plaster coating the surfaces inside.

Other shots show some of the unique items left behind including a Guild acoustic guitar, a vintage television and an old Royal typewriter. 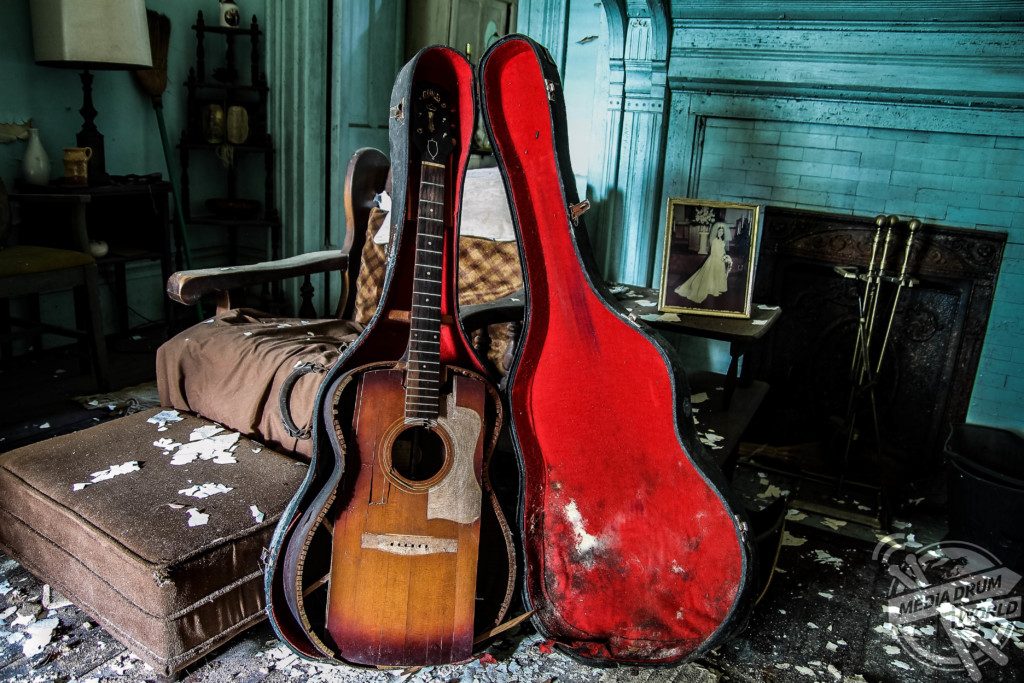 The snaps were taken in Utica, Mississippi by American photographer Leland Kent (32) from Birmingham, Alabama.

“Locals refer to the home as the ‘Hoarder House’ due to the vast number of dolls, furniture, and other belongings left behind,” he said. 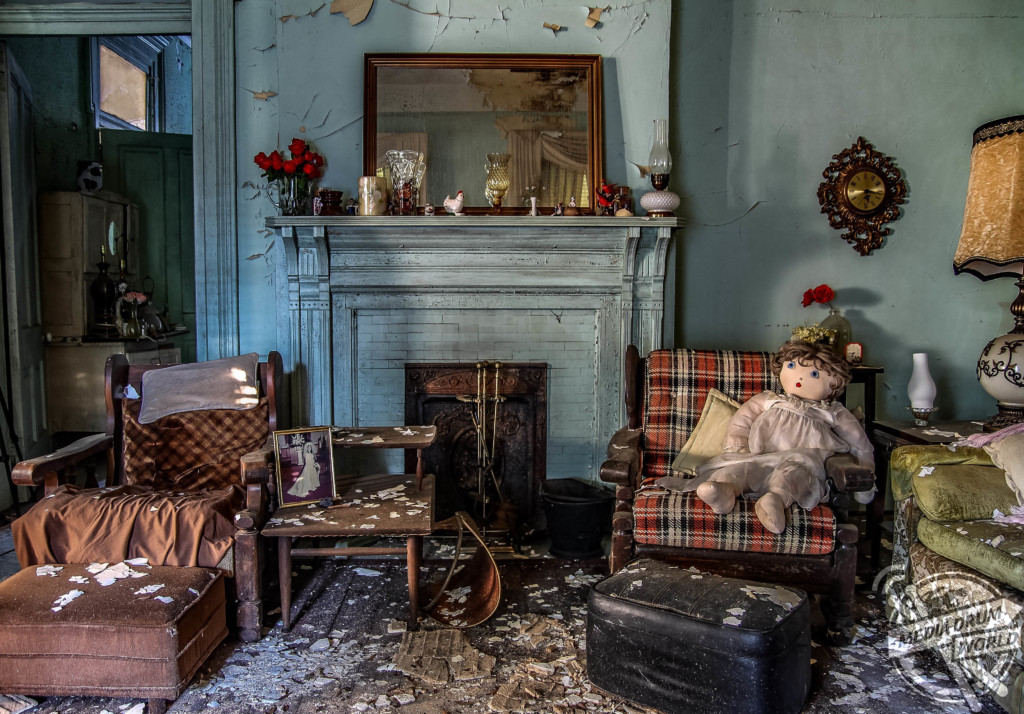 “Nature has been rough on the home over the years. The roof has large exposed holes with mould and falling plaster everywhere.

“Although the area is in a historic district, there are no plans to add this house to the National Register.” 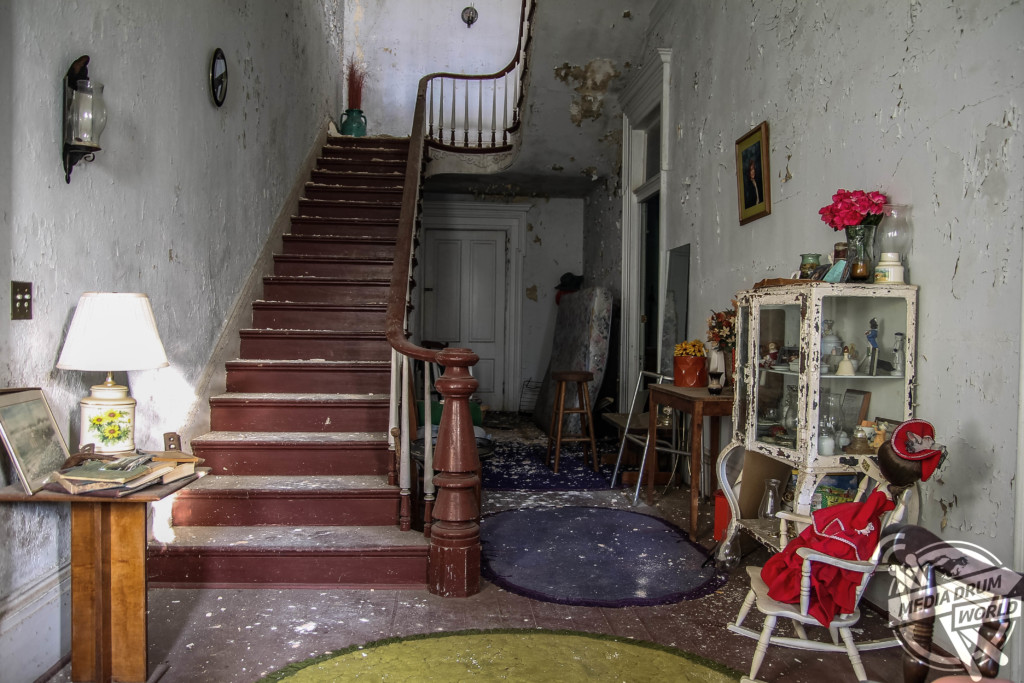 This Gothic Revival-style home was built in 1876.  The original owner was a prominent merchant and farmer in the area from 1869 to the early 20th century. 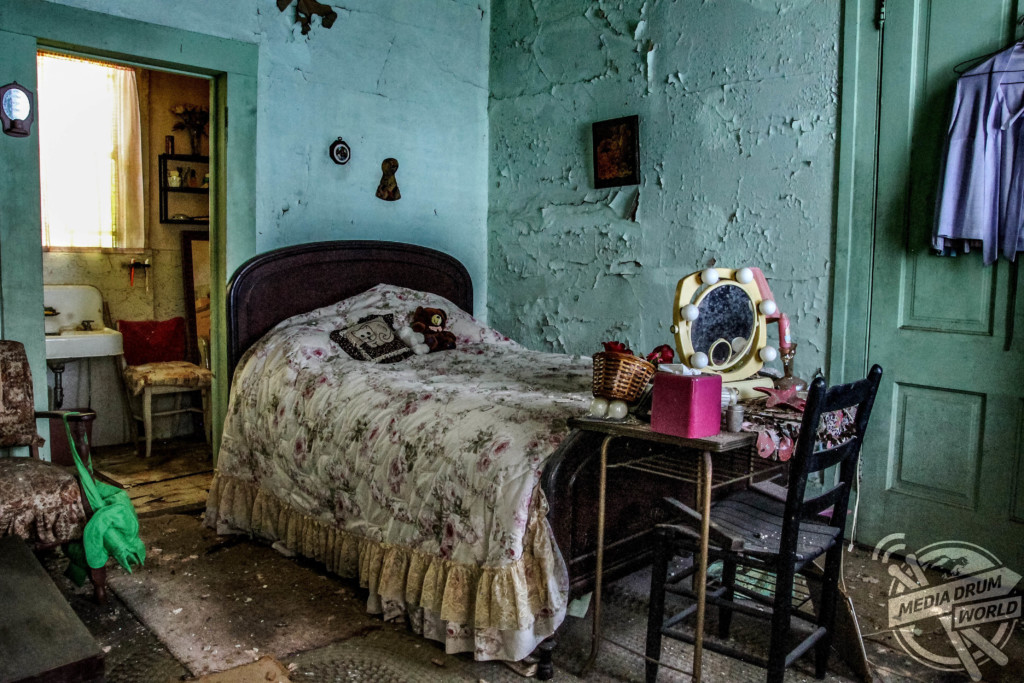 After purchasing half a city block, the merchant contracted a local construction company and paid them $4,000 to build his 5,000 square foot residence on one of the lots. 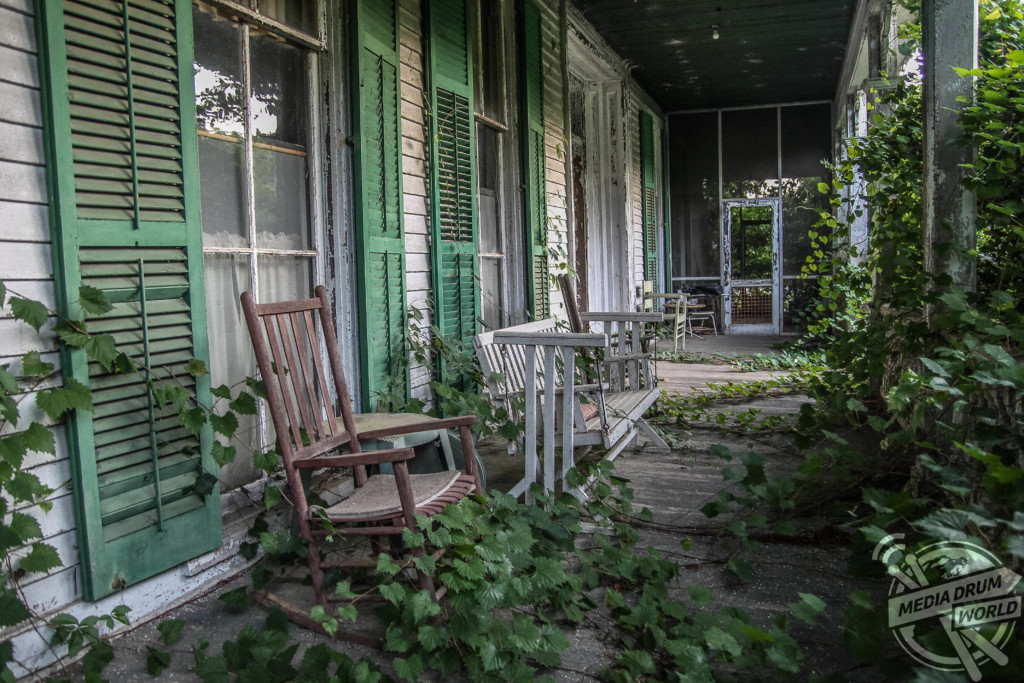 In 1937, in the depths of the Depression, Home Owners’ Loan Corporation (HOLC) foreclosed on the new owner. HOLC sold the property in 1943 and it has remained in the same family ever since. 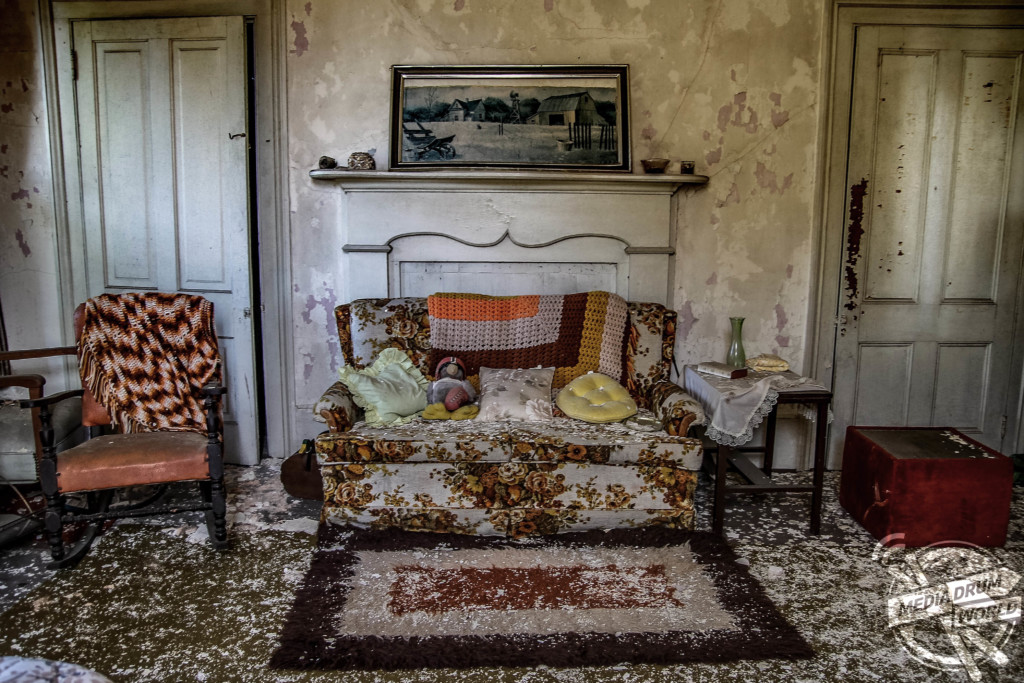 “During the 1950s, the downstairs rooms were used as a boarding house,” said Leland.

“The homeowner had a home beauty parlour on the right-side downstairs which was her main source of income. Over the years, the home was passed through family members but ultimately became abandoned in the late 1980s. 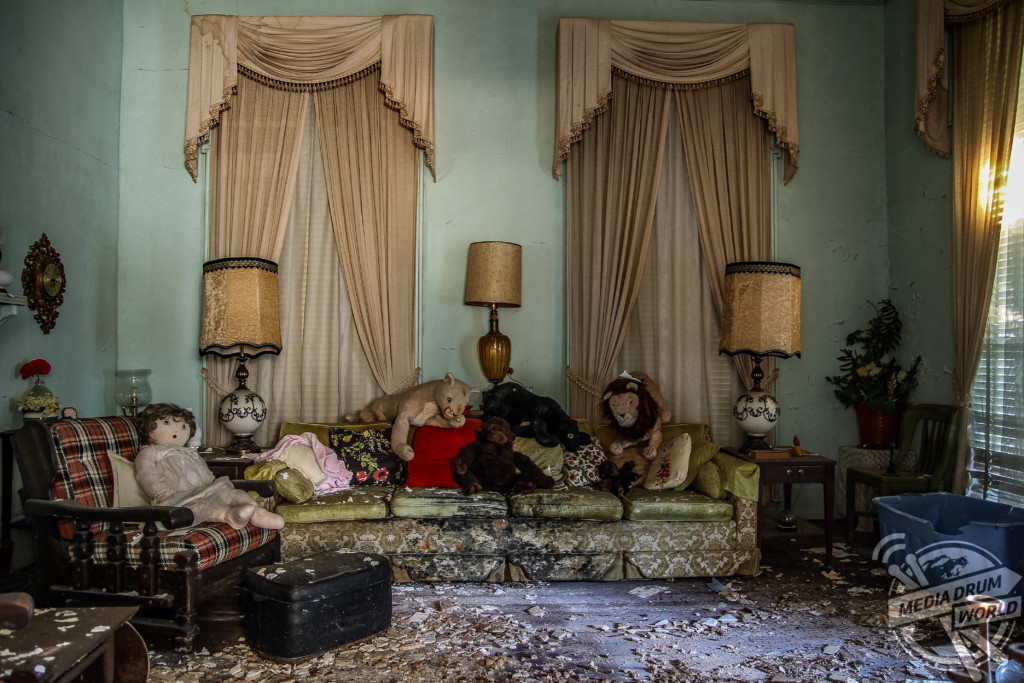 “The current homeowner was a well-known lounge singer in the area during the 1960s and 1970s. She had four siblings, including one brother who began writing graphic crime novels while living in the home with her. 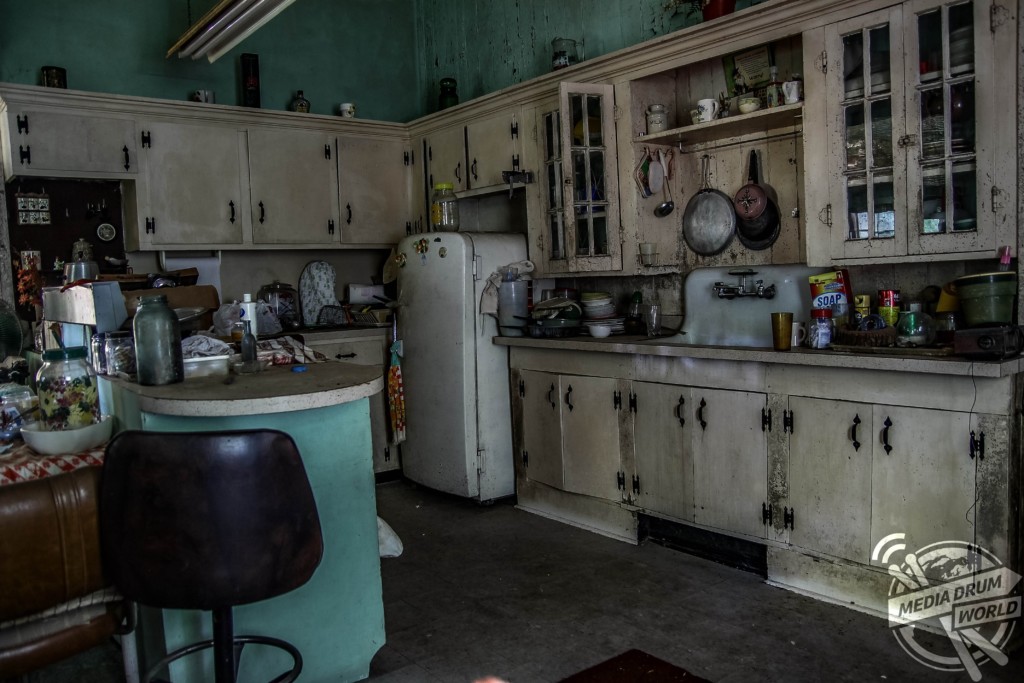 “In 1965, after 21 crime novels and several short stories under his belt, he decided to quit and move to Atlanta to open a printing business and start a family.

“To his credit, one of his novels became the influence for an Academy-Award winning movie.”